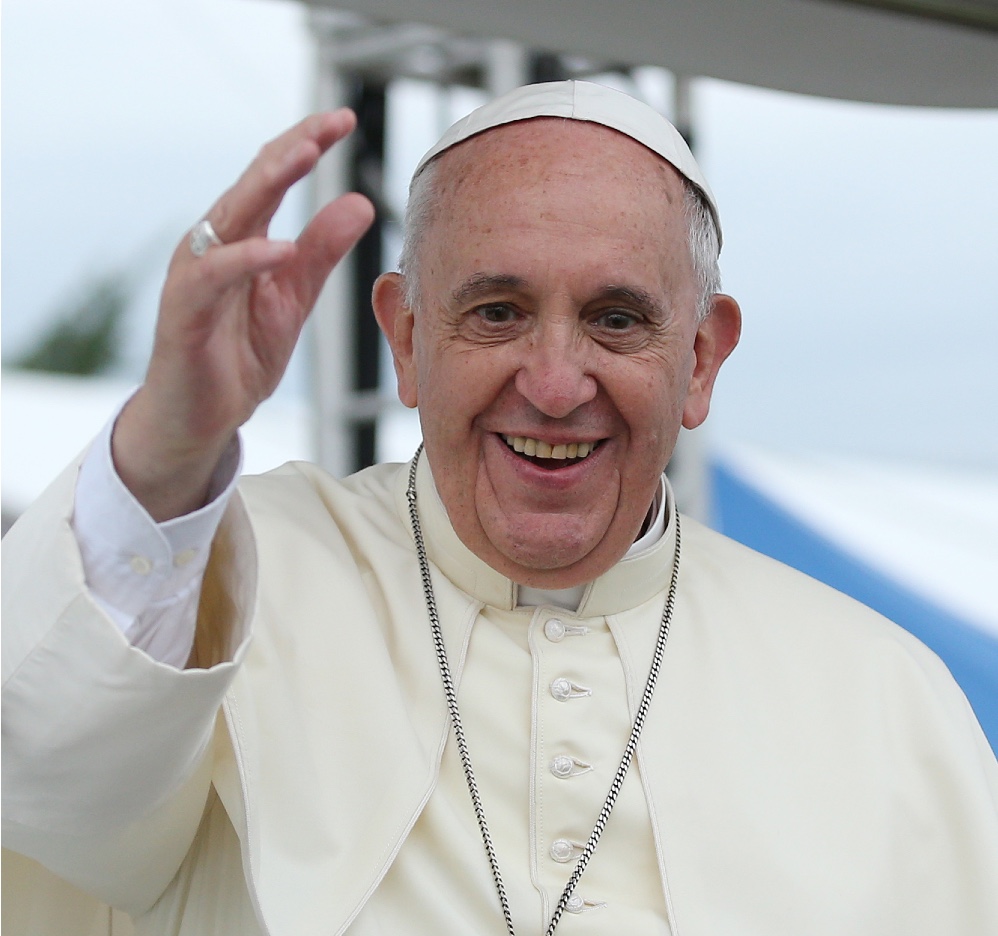 Pope Francis is set to arrive in Alberta, Canada on July 24 to make good on his earlier promise to apologize to residential school survivors on their lands for the Catholic Church’s operation of residential schools throughout Canada.

The Pope will make three stops on his five day tour: Edmonton, Alberta, the province that hosted the most residential schools in Canada at 25; Quebec City, Montreal, for “an eastern hub”; and Iqaluit, Nunavut in the Canadian Arctic Archipelago, home to the largest congregation of Inuit people in Canada.

Indigenous participation in each stop on the Pope's journey across the country, titled “walking together,” is encouraged, according to information put out by the Vatican. The Pope’s first stop in Alberta will be at Maskwacis, the grounds of one of the largest residential school sites in the country, Ermineskin Residential School. The Vatican is encouraging residential or day school survivors to connect with their local National Indigenous Organization for information about priority seating allocated to elders, survivors, and knowledge keepers.

Willie Littlechild, an Ermineskin Residential School survivor and a former Treaty Six Nations grand chief and former commissioner of the Truth and Reconciliation Commission of Canada, said in a press conference earlier this month that “the Pope wants to spend time with survivors, so we welcome from coast to coast any of those that can make it.”

Pope Francis committed to the trip in October of 2021, on invitation from Canada’s Catholic Bishops and following increasing pressure to address the Catholic Church’s role in the residential school system.

For over a century, more than 150,000 Indigenous children in Canada were forcibly removed from their families to attend boarding schools meant to strip them of their language, culture, and self. The Catholic Church was responsible for running nearly 75 percent of the 130 residential schools operated across Canada.

In May of 2021, the residential school history in Canada gained international attention when an Indigenous community announced its discovery of 215 unmarked graves at a former Catholic-run Indian residential school site in Kamloops, British Columbia.

The Pope expressed “sorrow” “about the shocking discovery,” though his response fell short of culpability.

In the year since the news of Kamloops broke, over 1,400 Indigenous childrens’ interred remains have been located by Indigenous communities, buried at the sites of former residential schools where kids often died of disease, neglect, and abuse.

In March, more than 30 Indigenous delegates representing First Nations, Métis, and Inuit  residential school survivors traveled to Rome for a private meeting with the pope to share their stories and discuss the historical and ongoing intergenerational trauma caused by boarding schools.

“It's chilling to think of determined effort to instill a sense of inferiority to rob people of their cultural identity, to sever their roots, and to consider all the personal and social efforts that this continues to entail unresolved traumas that have become intergenerational trauma,” Pope Francis said in an address to the Canadian Indigenous delegation of close to 100 people that traveled to Italy to ask for an apology in April. “All this made me feel two things very strongly: indignation and shame.”

Further, the Pope said: “I want to say to you with all my heart: I am very sorry. And I join my brothers, the Canadian bishops, in asking your pardon.”

Next week, the Pope is scheduled to deliver several public addresses, but meetings with residential school survivors in Québec City Iqaluit will be private, and by invitation only, according to the Pope’s public schedule.

Mohawk Nation citizen Kenneth Deer— part of the Haudenosaunee Confederacy of Six Nations whose total territory stretches from northeastern New York into southeastern Ontario and southwestern Québec— said that the pope’s Québec City schedule remains a bit up in the air.

“We haven’t received an official invitation, but it seems we will be getting an invitation,” Deer told Native News Online. Deer is an Indian day school survivor and a member of the External Relations Committee responsible for communicating with foregin governments, including Canada, the United States, the United Nations, and the Holy See.

If the Haudenosaunee Confederacy is invited to meet with Pope Francis, Deer said they will revisit their campaign to request the Pope revoke the Papal Bulls, of official decrees issued by a pope of the Catholic Church, that make up the doctrine of discovery. The Doctrine of Discovery gave European explorers authorization to seize land that was not populated by Christians “and to reduce their persons to perpetual slavery.”

The U.S. Supreme Court upheld the Doctrine of Discovery in an 1823 decision, when Chief Justice John Marshall wrote in the unanimous decision that "that the principle of discovery gave European nations an absolute right to New World lands."

“The Marshall decision is used as the foundation of all of the land claims and the land rights battles in the United States and in Canada to say that they own the land, and not Indigenous people,” Deer said.

The decision was quoted as recently as 2017, when the Supreme Court of New York cited the Marshall decision in its ruling that the Oneida Indian Nation of New York was required to pay property taxes on aboriginal lands it had bought back from the city of Sherrill, N.Y.

Deer met Pope Francis in 2016 at the Vatican. Speaking through a translator, Deer said he told the pope directly: “we want the Vatican to revoke the papal bulls that make up the Doctrine of Discovery, because states are still using the papal bulls to continue to dispossess and to disempower indigenous peoples today,” he recalled. “He said he'll pray for me.”

Earlier this month, CBC News reported that Indigenous leaders were upset by a limited number of seating available at the Sainte-Anne-de-Beaupré basilica on July 28, when the Pope is expected to apologize in person for the Catholic Church's role in the residential school system.

Of the 1,600 seats in the Basilica, where the pope will hold a 10 am mass, only 400 were allocated for First Nations in Québec, Ghislain Picard, Chief of the Assembly of First Nations Quebec-Labrado told CBC News in an article published July 1.

“We will be able to respond to the request of every single survivor of residential schools who would like to attend this moment,” committee member Jasmin Lemieux-Lefebvre told Radio Canada. “We've got enough of a margin now to see that yes, we'll be able to accommodate everybody.”

Interested residential or day school survivors who do not have contact with a  National Indigenous Organization can e-mail [email protected] for more information.