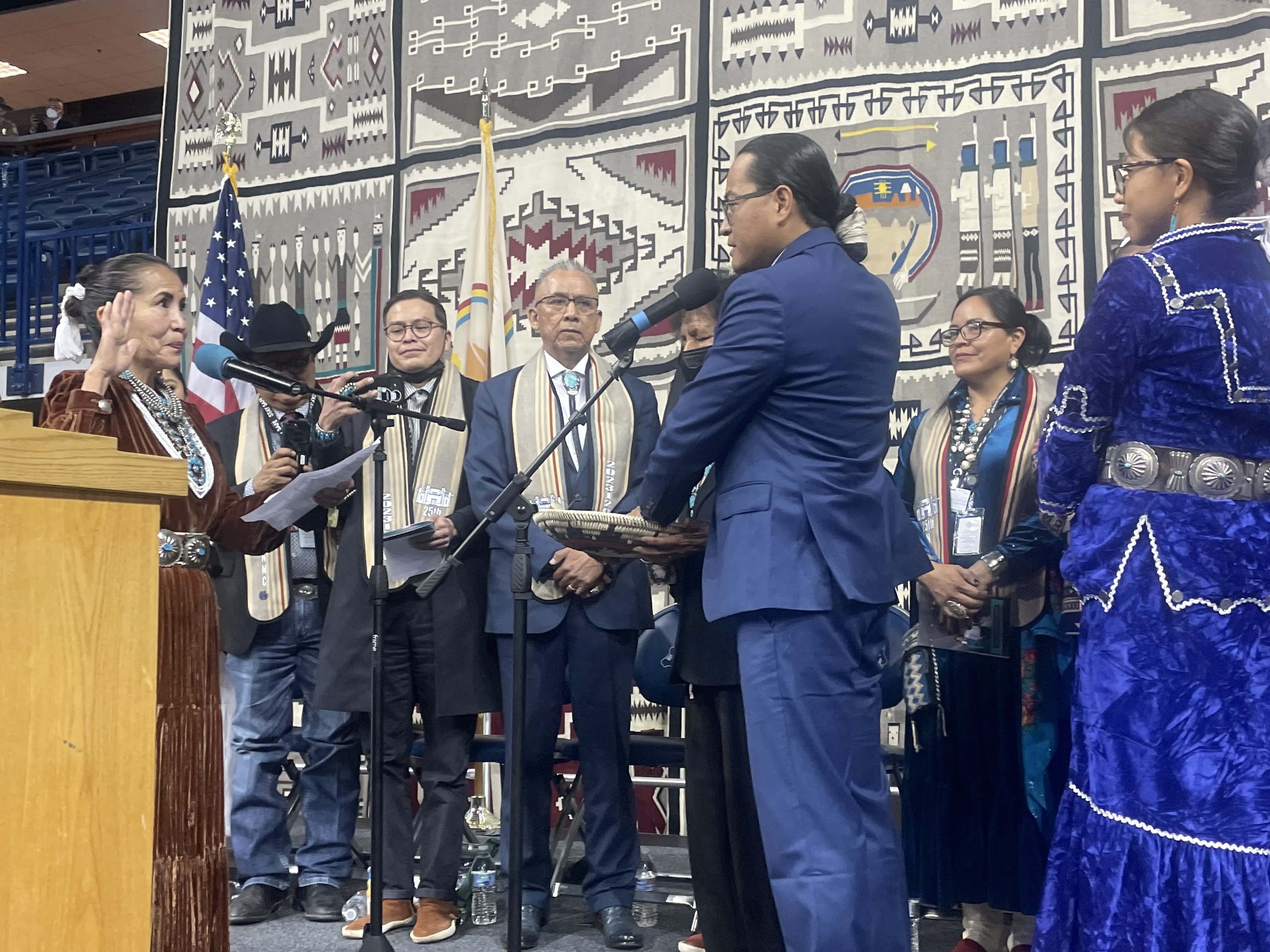 FORT DEFIANCE, Ariz. — Hundreds of Navajo citizens, elected officials, and non-Native dignitaries gathered on Tuesday to witness history as the youngest person ever to lead the Navajo Nation, Buu Nygren, took the oath of office.  There was other history made during the day's events, as well.

Others firsts included the swearing in of Richelle Montoya, the vice woman to become the Navajo Nation vice president.

In her address to the audience, Montoya acknowledged the historic significance that she is the first woman ever to become vice president of the Navajo Nation, but also noted, "Before anything else, I am a mother, a daughter and a granddaughter."

Another first was the historic swearing in of nine females to the 25th Navajo Nation Council.

After the inauguration ceremony, which lasted four hours, festivities continued at the Navajo Naiton fairgrounds in Window Rock, Ariz.

At about 2:35 p.m. an Air Force plane from Kirklan Airforce Base in Albuquerque, N.M. flew over the crowd to celebrate the new leaders of the Navajo Nation.