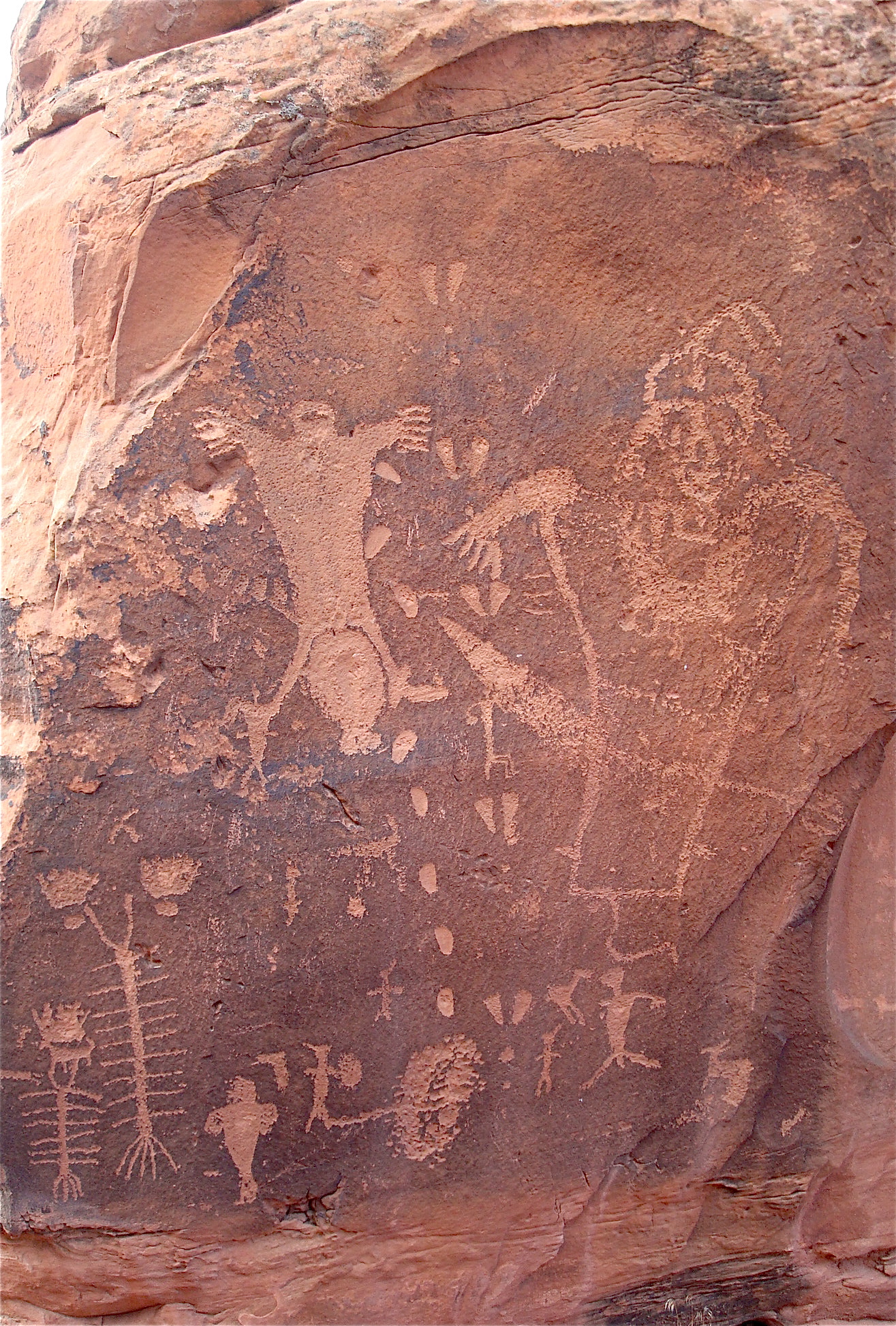 The Birthing Rock, a large boulder emblazoned with rock carvings on all four sites, sits along Kane Creek Road in the Moab Field Office. The east facing panel, famously depicting a woman giving birth, was vandalized with the etching: “WHITE POWER,” along with another profane image and writings.

On April 27, the Bureau of Land Management (BLM), the federal agency that oversees National Parks, issued a statement condemning the vandalism and offering a $10,000 reward for information leading to the arrest and conviction of those responsible.

“The BLM strongly condemns vandalism of cultural resources and is working with professional conservators to remove the offensive graffiti. To prevent further damage, please do not attempt to clean or remove the graffiti,” the agency wrote. “It is up to all of us to protect public lands for future generations to learn from and enjoy. The BLM encourages everyone who visits public lands to practice Leave No Trace principles and visit with respect.”

This incident comes weeks after a climber ascending the Sunshine Wall, north of Moab, drilled a hole in a 1,000-year-old petroglyph— depicting an Indigenous warrior—as an anchor point of a climbing bolt.

As a result of the recent degradations, Native-American-led nonprofit Diné Bikéyah partnered with rock-climbing advocacy group, the Access Fund, to livestream a webinar titled “Climbing on Sacred Land: Understanding and Respecting Indigenous Culture.”

Cultural Resources Coordinator at Diné Bikéyah, Angelo Baca, told Native News Online that increased visibility to National Parks and monuments in recent years has spurred an interest in the American public for visiting Moab, one of the premiere rock climbing sites in the world.

“But they lack two very important things, which is knowledge of the Indigenous communities that have existed there and still do, and also how to visit respectfully, to be responsible, and protect those places and not treat them as objects,” he said.

“It's unfortunate that these incidents have happened, but I think the silver lining is that it brings to the surface the conversations that are necessary to have a lot of climbers, we found, were super interested in having this conversation.”

The webinar drew 1,600 viewers, including the ex-Marine who confessed to unknowingly bolting through the petroglyph while rock climbing the month before. Baca said the climber wanted to apologize for his mistake.

Additionally, Baca enlisted the help of professional climber Tommy Caldwell to educate his 811,000 social media followers on the importance of protecting Indigenous land.

“Okay, not ALL walls are meant for climbing. I would have thought this was painfully obvious. But last week's discovery of bolting of a petroglyph panel near Moab clued me into the fact that we as climbers have failed to educate our community about the importance of protecting Indigenous lands and sacred rock while climbing, and we have failed to educate our community on HOW to do that.”

Baca said the underlying issue regarding incidents of defacement is a perpetuation of violence against Native women and Native culture.

“That’s one of the concerns that nobody's really talking about too much,” he said. “Everyone's just concerned about the vandalism part. We don't see any separation between the land and the people. So if it's okay for people to do that kind of violence upon our relatives that are depicted on the rock, then by logical extension, it means people feel comfortable enough to do that kind of violence to actual real human beings.”