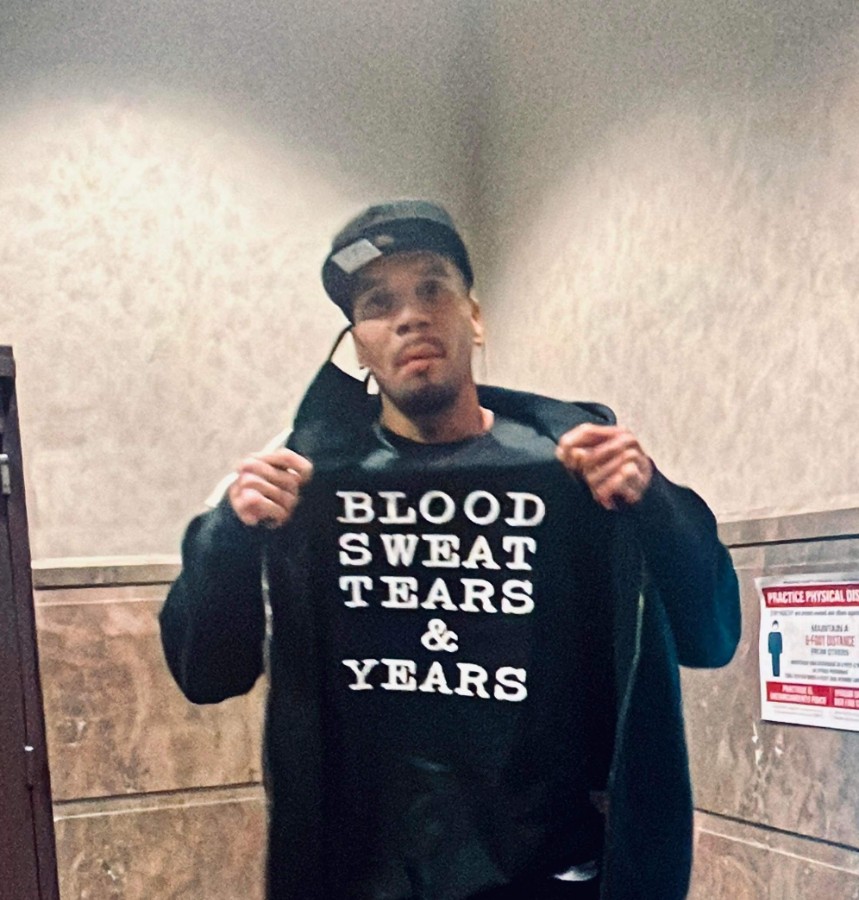 MILWAUKEE — A citizen of the Oneida Nation of Wisconsin who spent nearly 18 years in prison for a murder he did not commit was finally exonerated of the crime in May.

Danny Wilber, now 43, was arrested on February 20, 2004 and charged with the fatal shooting of David Diaz on January 31, 2004 at a house party in Milwaukee. Convicted of first-degree intentional homicide, he was sentenced to life in prison, with eligibility for release under extended supervision after 40 years, by Milwaukee County Circuit Judge Mary Kuhnmuench in February 2005.

Wilber’s case is one of the first exonerations involving a Native person in the state of Wisconsin. It took him nearly 18 years to prove his innocence.

After his conviction, he filed post-conviction motions and a direct appeal, arguing that the Milwaukee County circuit court violated his rights by admitting evidence that someone had burned shoes at his sister’s home the night of the crime and because he was visibly shackled during the trial’s closing arguments. The court denied his motions, stating that the shoe evidence could have had no impact on the verdict and that Wilber’s behavior during the trial justified restraints. The state Court of Appeals affirmed his conviction, and the state Supreme Court refused to review the case.

Acting as his own attorney, Wilber filed a habeas corpus motion in federal court in 2010, asking it to review the legality of his incarceration. but at his request, the court stayed his proceeding until he exhausted his state remedies in Wisconsin. Habeas corpus is a written request by a defendant.  He argued that his constitutional rights under the Due Process Clause of the Fourteenth Amendment had been violated because he was denied effective legal representation.

On August 20, 2020, U.S. District Judge William C. Griesbach ruled that the state must free Wilber or initiate a new trial within 90 days. The judge stated that Wilber being visibly shackled into a wheelchair during the closing arguments might have prejudiced the jury to presume him guilty.

But he wasn’t released from prison until last December 22, because the state of Wisconsin asked the federal court to stay the decision until after its appeal.

“I feel a lot of things now that I am finally free,” Wilber said in a statement to Native News Online. “I feel elated, relieved, overwhelmed, grateful, blessed, but also anxious. I had been in prison for a homicide I didn’t commit for nearly 18 years and in the same maximum-security prison for 16 and a half.”

After Wilber was sentenced in 2005, he continued to contact attorneys and experts, hoping that he could retain someone that would see that he had been wrongfully convicted and advocate for him. He found the addresses to forensic pathologists and other experts in physical evidence in the area, and wrote to them from prison. Two responded: Dr. Kenneth A. Siegesmund, a forensic scientist, and Dr. Lindsey C. Thomas, a forensic pathologist who testified as an expert witness for the prosecution in the trial of former Minneapolis police officer Derek Chauvin for killing George Floyd in May 2020.

"Danny’s is the only case in which I have answered an incarcerated person directly, rather than through their attorney,” Dr. Thomas told Native News Online. “He is incredibly articulate and thoughtful and analytical and reasonable, and that obviously came across to me in his letters.”

Dr. Thomas’s experience includes being the medical examiner for tens of thousands of cases, conducting over 5,000 autopsies, and reviewing hundreds of other autopsies. She has testified as an expert witness in nearly 100 separate trials.

“This case involves a dual tragedy: the death of an innocent man and a conviction of another,” Henak wrote in his brief.

The state of Wisconsin’s theory was that Wilber, while attending a late-night house party, was out of control, had started a few fistfights, and then shot the homeowner, David Diaz, in the back of the head from 2-3 inches away.

“He was being a total jerk,” Henak said. But that didn’t make Wilber guilty of murder, he argued.

Witnesses said that Wilber was in front of Diaz. The state’s theory was that when he was shot, he’d spun 180 degrees and landed on the floor, facing away from Wilber. However, the investigation revealed that Diaz had died immediately and fallen face forward into the kitchen — where Wilber was located, according to several witnesses. There was no direct evidence that showed Wilber fired the fatal shot.

Other witnesses said either that Wilber did not shoot Diaz or that they did not see the shooting at all. The physical evidence had many inconsistencies, but the prosecution somehow convinced a jury that Wilber was the shooter.

According to Henak, Wilber was convicted because the jury wasn’t given another possible scenario: Once police chose him as a suspect, they were committed to his conviction.

“Danny was convicted because there was limited information at the first trial, and the jury wasn’t given a viable second person [who could have done the shooting],” Henak told Native News Online. “They figured out who they wanted it to be [who committed the crime] and didn’t want to investigate beyond that.”

After investigating the physical evidence, Siegesmund and Thomas both concluded that there was no way Wilber could have committed the crime. The state of Wisconsin consistently rejected that conclusion.

“There are SO many examples of obvious innocence, like Danny’s, where the people with the power to do justice simply drag their heels,” said Dr. Thomas. “It’s utterly tragic.”

Being shackled may have saved Wilber. “If it hadn’t been for the other luck of the off-the-wall ruling by the judge that he be shackled in front of a jury, he would still most likely be in prison for something he didn’t do,” Henak said.

“It is my opinion, with the passage of time and the testimony of the original trial, the State can’t reasonably convey that the defendant committed beyond a reasonable doubt,” Tiffin told the court.

“The world is a lot different than when I was arrested in 2004 and it has taken a psychological toll on me,” said Wilber. “I know I can and will adjust and that it’ll take time.”

Wilber’s next steps are to seek damages against the state of Wisconsin for his wrongful imprisonment. He is hoping to raise funds to help offset the legal costs he incurred, and a GoFundMe campaign was organized on his behalf. In Wisconsin, the state’s maximum payment for a wrongful conviction is $25,000 plus legal expenses. This statutory compensation cap is the lowest of any state. However, other options are available in federal court if a person chooses to file for damages there.

“After fighting for my freedom for so long, I know whatever I put my mind to, I will succeed,” said Wilber. He hopes to share his experience with others and continues to advocate for others he met while in prison. He continues to assist other wrongfully incarcerated men with their cases and plans to further his studies with law. He’s also working on writing a memoir of his experience fighting the criminal-justice system.

“I’m truly grateful and wake up each morning and count my blessings,” he said.