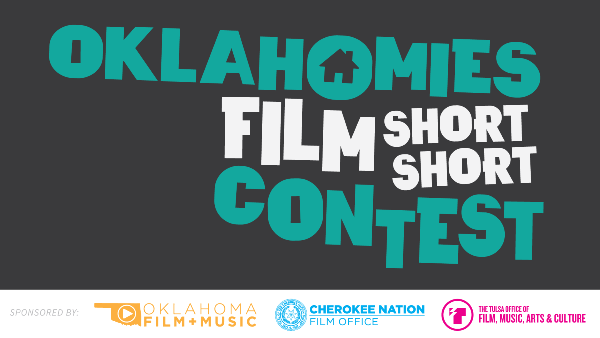 OKLAHOMA CITY — For Oklahomans stuck at home during these social-distancing days, and looking to get creative, it might be time to put on your director’s hat. The Cherokee Nation Film Office has opened submissions for its OklaHomies Short Film Contest. You must be a resident of Oklahoma to enter and it must be filmed in Oklahoma. Also, contestants must only use smartphones to record footage (see more rules below).

Aside from that, all talent levels are welcome to join in, plus you could win up to a $300 Visa gift card and a trophy. Prizes will be awarded for first, second and third place in two categories: Short Short entries (movies 60 seconds and under) and Shorts entries (one-to-five minutes in length). The homemade films will be judged by a panel of nine experienced film producers and directors from Oklahoma. A “fan favorite” will also be chosen via Woobox. The deadline to submit is Wednesday, April 8 by 10 p.m. CST. Enter here. According to its organizers, the contest is actually intended for rookies to explore the world of cinema. “Never made a film before? That’s perfect! This is about having fun and learning new skills as well,” its website states. “Try something new and involve the whole family or your roommates in a movie-making adventure from the comfort of your own home. Venture into comedy, horror, drama – the sky’s the limit! All you need is a smartphone and some creativity.” Tune into the film office’s social media for movie-making app tutorials and assistance on how to get your project started. Be sure to carefully read all of the rules by CLICK HERE. Here are just some of the guidelines:

Again, before you get started, visit THIS LINK for all of the details. After the contest wraps up, the winners will be announced online and on social media Monday, April 13 at 4 p.m. CST.