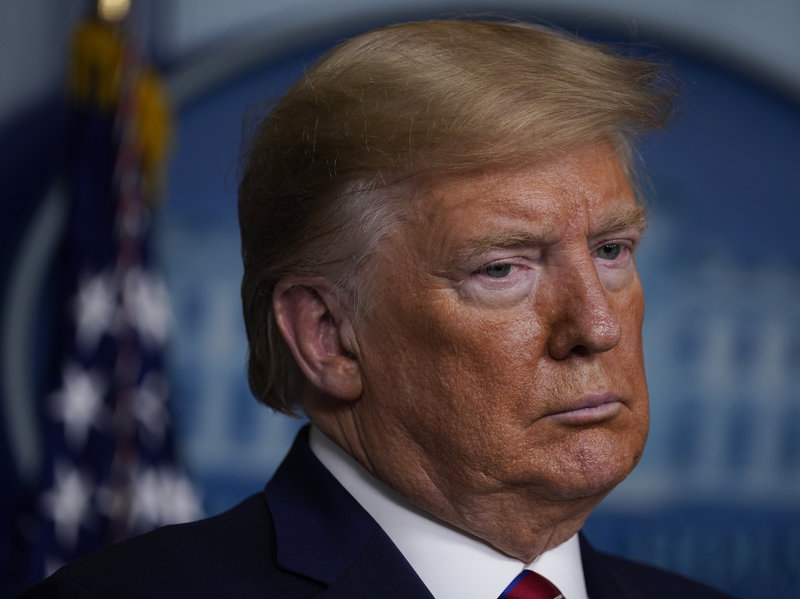 "Tonight, @FLOTUS and I tested positive for COVID-19. We will begin our quarantine and recovery process immediately. We will get through this TOGETHER!" Trump tweeted shortly before 1 a.m. - EDT.

Further confirmation came to the media a short time later from Trump's physician, Navy Commander Dr. Sean Conley, who wrote he received confirmation of the positive tests on Thursday evening. At press time, the president and his wife are asymptomatic.

"The President and First Lady are both well at this time, and they plan to remain at home within the White House during their convalescence," Conley wrote.
The confirmation that the president and first lady tested positive came within hours of the revelation that one of Trump's top advisers, Hope Hicks, had tested positive for the deadly disease. The Washington Post reported Hicks' was diagnosed positve with Covid-19 on Thursday morning, but the news was not confirmed until after 9 p.m. - EDT on Thursday night.
The 74-year-old president is at an age that is considered high risk to complications from the deadly virus. In addition to his age, Trump's weight puts the president at a higher risk. Last year, he was labeled obese by his physician at his physical last year.
Per CDC guidelines, a person diagnosed with Covid-19 should be quarantined for 14 days. This is because the incubation period for the virus can be up to two weeks.
The news of the president testing positive comes 32 days before the presidential election on Nov. 3, 2020. After Trump's diagnosis was announced, the White House issued a statement saying several events have been canceled, including a campaign trip to Florida scheduled for Friday.

Editor's Note: This is a developing story and will be updated.