“Not I, We” – Indigenous People Confront the Dire Realities of Coronavirus Across Mother Earth 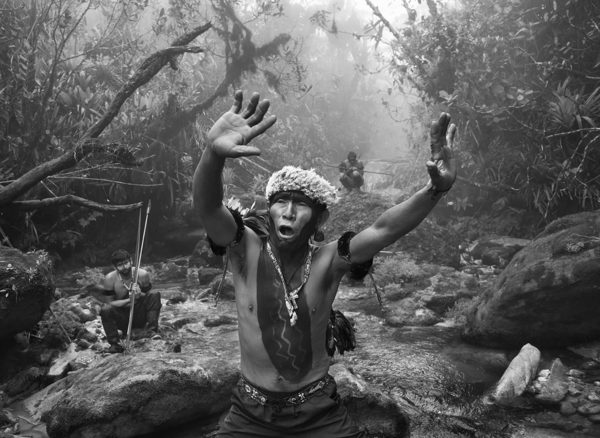 TOHONO O’ODHAM NATION — “We have never been in this position before, in this lifetime,” Chairman Kevin DuPuis of the Fond du Lac Band of Lake Superior Chippewa cautioned.

Chairman DuPuis, in common with tribal chairpersons and presidents throughout Indian Country, knows that the past is prelude. For Indigenous people and pandemics, much of that was before this lifetime, but even the recent past offers a devastating projection for tribal communities and COVID-19.

Data from the Centers for Disease Control and Prevention (CDC) indicates that if COVID-19 follows the same pattern as H1N1 in 2009 and the flu pandemic of 1918, the devastation in Indian Country will proportionately far exceed that of the rest of the US. When age-adjusted rates per 100,000 population were compared, the 2009 H1N1 influenza death rate among tribal people in the US was four times that of all other races combined.

As an ethnic minority, the continent’s first people are in the highest risk category with vulnerability to coronavirus. That’s because they suffer from enduring levels of poverty that are unimaginable to most Americans, disproportionate numbers of tribal members are immuno-compromised in communities ravaged by diabetes and other chronic “pre-existing health conditions.”

From housing shortages to overcrowding, inadequate and underfunded health care programs, through to reservation districts without electricity and running water – in 2020 Indian Country still provides what Benjamin R. Brady and Howard M. Bahr describe as a “perfect storm” for a pandemic, as they detailed in the American Indian Quarterly in Fall 2014.

In a teleconference with state governors on March 26, New Mexico Gov. Gov. Michelle Lujan Grisham warned President Trump that coronavirus “could wipe out tribal nations.” In Brazil, Dr Sofia Mendonça of the Federal University of São Paulo used the same language. “There is an incredible risk of the virus spreading across the native communities and wiping them out,” she warned, when asked what impact COVID-19 might have upon the indigenous population there.

COVID-19 has already hit indigenous communities in urban areas near São Paulo and has now been detected in the Amazon basin. Some 107 tribal societies are sheltered by the Amazon, indigenous people who have preserved their lifeways without contact from the outside world. With coronavirus now present in the region, the threat posed by missionaries, illegal loggers and miners infiltrating their territories has escalated.

Prior to the emergence of the coronavirus, the main cause of death among Brazil’s indigenous population came from compromised respiratory systems caused by influenza. Hand sanitizer and frequent hand washing with astringent soap are not practical preventative methods for tribal communities in the Amazon living within traditional societal structures. For most, the nearest hospital with a ventilator is over 600 miles away by river boat.

The country’s indigenous leaders and advocates fear that President Jair Bolsonaro will do little to aid them when, as experts predict, the pandemic paralyzes isolated tribal villages. Bolsonaro, who proudly wears the mantle of “the Trump of the tropics,” has downplayed COVID-19 as “a little flu” and ostentatiously flouted preventative recommendations by appearing at mass public gatherings. Several members of his entourage tested positive for coronavirus after Bolsonaro’s recent visit to the US, which resulted in President Trump and Vice President Pence being tested for COVID-19.

“It’s a shame that the Brazilian cavalry hasn’t been as efficient as the Americans, who exterminated the Indians,” Bolsonaro once said, and later added, “There is no indigenous territory where there aren’t minerals. Gold, tin and magnesium are in these lands, especially in the Amazon, the richest area in the world. I’m not getting into this nonsense of defending land for Indians.”

Brazil’s Special Secretariat for Indigenous Health has confirmed that no COVID-19 test kits have been allocated for the indigenous population.

“He’s doing a fantastic job. Great job. Brazil loves him, and the USA loves him,” President Trump said of Bolsonaro last month. Like the president’s advocacy of the anti-malaria drug hydroxychloroquine to treat coronavirus, there’s no credible data to support his claim that America “loves” Bolsonaro.

Initially, the Trump Administration omitted tribal nations in the US from the $2-trillion coronavirus stimulus package. Upon passage, the Coronavirus Aid, Relief and Economic Security (CARES) Act included the $8 billion Tribal Stabilization Fund, though it appears weeks from reaching tribes on the frontlines. 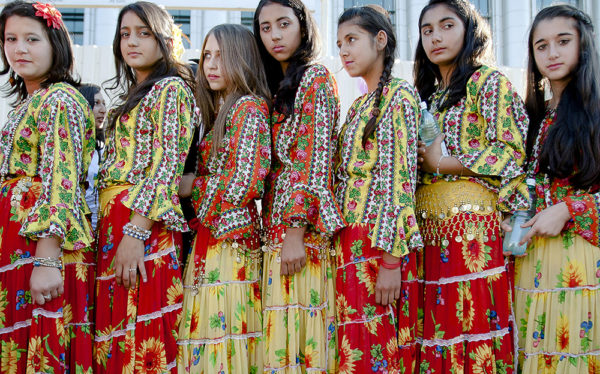 For tribes in Brazil and Europe, there is no sign of government support. European authorities are using COVID-19 to further stigmatize and persecute the Romani tribespeople, using paramilitary force to confine Roma in enforced quarantine. Members of the six Romani tribes, many in Central and Southeastern Europe, already survive in enforced ghetto-like conditions without health care or rudimentary sanitation.

“Instead of seeking additional ways to protect these particularly vulnerable members of our societies as coronavirus spreads, some politicians have actively fueled anti-Gypsyism,” said Frantisek Kopriva, MP, Rapporteur for the Parliamentary Assembly of the Council of Europe.

Kopriva is among those who identify the most recent wave of right-wing nationalism sweeping across parts of Europe as a significant threat to the Romani that, again, echoes of the past as prelude. An estimated 500,000 Romani were murdered by the Nazi’s in the Holocaust. On August 2, 1944, over 4,000 Romani men, women and children were gassed in Auschwitz-Birkenau.

Lakota, Cheyenne and Pawnee leaders established alliances with their Romani counterparts in 1905 when Buffalo Bill’s Wild West and Congress of Rough Riders of the World show toured France. Lone Bear, Iron Tail, White Eyes and Blue Shield were among the principals.

April 8 is International Romani Day. Approximately 1-million Romani live in the US. 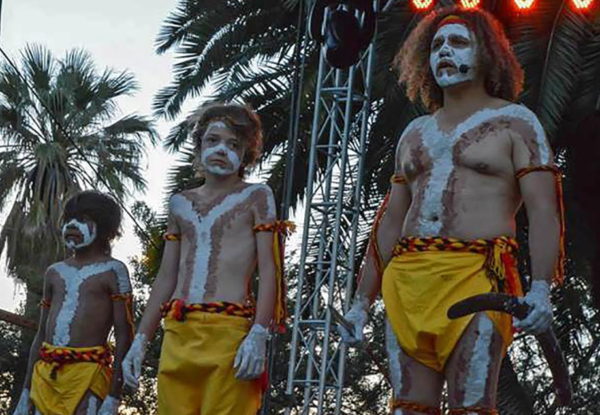 In New Zealand, Māori leaders have expressed concern at the government’s “one size fits all” approach to COVID-19. “That really fails to recognize our cultural beliefs, our indigenous rights, our treaty rights.  This is a lived reality of many whānau who are trying to cope with this pandemic,” explained Dr. Elana Curtis. “How do we help our whānau who are living in really vulnerable conditions because of housing, overcrowding, and homelessness?” she asked.

Mirroring the US, large parts of Aboriginal Australia are on lockdown. The indigenous population largely resides in remote areas of the vast landmass, and are being encouraged to “Stay on country, care for family” during the crisis. Dr Tony Bartone, President of the Australian Medical Association, has urged the government to “urgently fund and resource Aboriginal Torres Strait Islander health services to ensure they can respond to COVID-19.” Ken Wyatt, Minister for Indigenous Australians, has committed to fund programs in 100 Aboriginal Australian communities.

However, significant concerns remain, not the least of which is systemic racism. The Australian Indigenous Doctors’ Association has already catalogued “abhorrent and unethical behavior” in city hospitals indigenous people are being evacuated to. “Aboriginal and Torres Strait Islander peoples’ lives, health and wellbeing cannot be put at risk because of underlying racism and prejudice,” the association stated.

“When I think of the impact of COVID-19 on the Aboriginal elder population, they are such a precious, fragile and irreplaceable resource, and they suffer a heavy burden of disease as well as trauma,” said Dr Nicole Liesis.

A geographical world away, President Jonathan Nez of the Navajo Nation expressed a like-hearted sentiment: