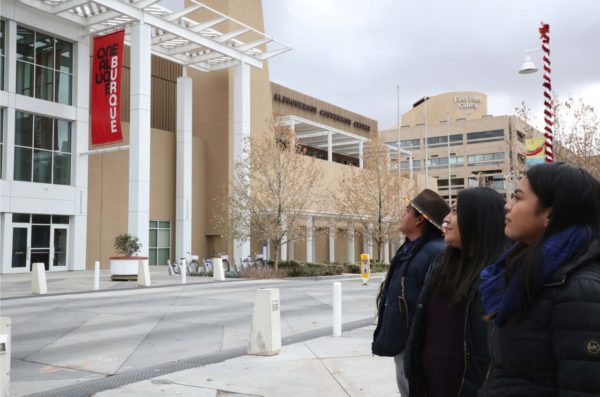 ALBUQUERQUE, N.M. — In an effort to ensure an accurate count of Native Americans in New Mexico, one of the nation’s hardest-to-count states, the state’s 23 tribes will convene Thursday and Friday in Albuquerque to strategize, learn and share information during the first-ever tribal statewide collaboration on the U.S. Census.

New Mexico has been labeled the most undercounted state in the union and is considered one of the hardest states to count in the 2020 U.S. Census report, according to an Associated Press analysis of U.S. Census Bureau data. A one percent undercount of the state’s population this decade would result in a $780 million loss of federal funds during a 10-year period, according to estimates. Native people in New Mexico make up about 11 percent of the state's population.

More than 70 people representing the state's tribes will convene at the Courtyard by Marriott, 5151 Journal Center Blvd NE, during the inaugural meeting of the New Mexico Native Census Coalition, a collaboration of tribal organizations, businesses, and nonprofits working toward an accurate 2020 U.S. Census Count.

The All Pueblo Council of Governors, made up the state’s 19 Pueblos, asked the Native American Voters Alliance (NAVA) Education Project to create the Native Census coalition in preparation of the count as far less federal funding for outreach and education was available compared with 2010 allocations, despite the 2020 Census being available online for the first time in history. Many tribes also lack access or adequate access to internet services in New Mexico.

Several tribes did receive part of the $400,000 available from the state Indian Affairs Department to implement strategies for their particular communities and create materials, such videos in their own languages to be played in their health and dental clinics or pledge cards to give out on Valentine's Day to be paired with a treat. Others will have special events in their libraries or community centers.

“So many of our programs from housing to Head Start to health to job training and funding are dependent on the Census so an accurate count is critical,” said incoming NAVA Executive Director Ahtza Dawn Chavez.

The meeting will start at 8 a.m. An agenda is available on the Native Census coalition’s website.