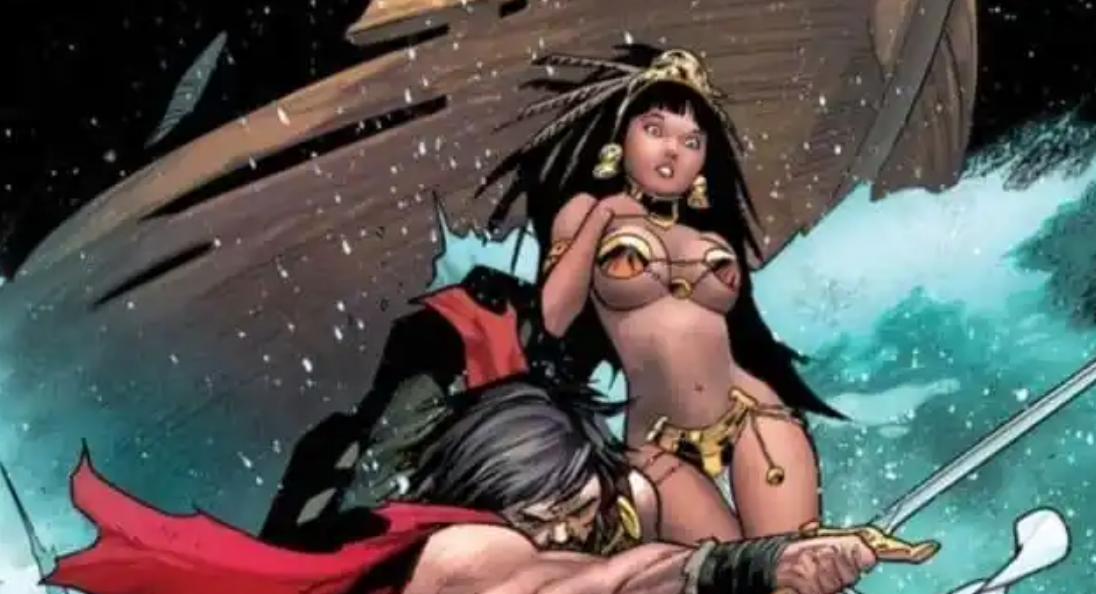 After the debut of a female character named Princess Matoaka in King Conan #3, a newly released Marvel comic book, that caused ire among Native Americans, writer Jason Aaron says he will change the character’s name.

The pushback came because Princess Matoaka is a name associated with Pocahontas, who was a member of the Pamunkey tribe in Virginia.

Pocahontas, who lived from 1596 to 1617, has become a romanticized historic figure that was made even more famous by the 1995 Disney film. Readers of the King Conan #3 criticized the sultry depiction of the animated character. The similarities of the mythical Pocahontas and King Conan #3 character are similar.

Several tweets said the real-life Pocahontas was only about 12 years old when she had the relationship with John Smith and then held captive by colonists in Virginia. She was reportedly raped.

Critics say depictions of Native American women as being sexual objects in comics, books, and film contribute to the exploitation of Indigenous women, which result in one of three Native women being subjected to sexual assault during their lifetimes.

“In KING CONAN #3, I made the ill-considered decision to give a character the name of Matoaka, a name most closely associated with the real-life Native American figure, Pocahontas. This new character is a supernatural, thousand-year-old princess of a cursed island within a world of pastiche and dark fantasy and was never intended to be based on anyone from history. I should have better understood the name’s true meaning and resonance and recognized it wasn’t appropriate to use it. I understand the outrage expressed by those who hold the true Matoaka’s legacy dear, and for all of this and the distress it’s caused, I apologize. As part of that apology, I’ve already taken what I was paid for the issue and donated it to the National Indigenous Women's Resource Center. The character’s name and appearance will be adjusted for the rest of this mini-series and in all digital and collected editions.”