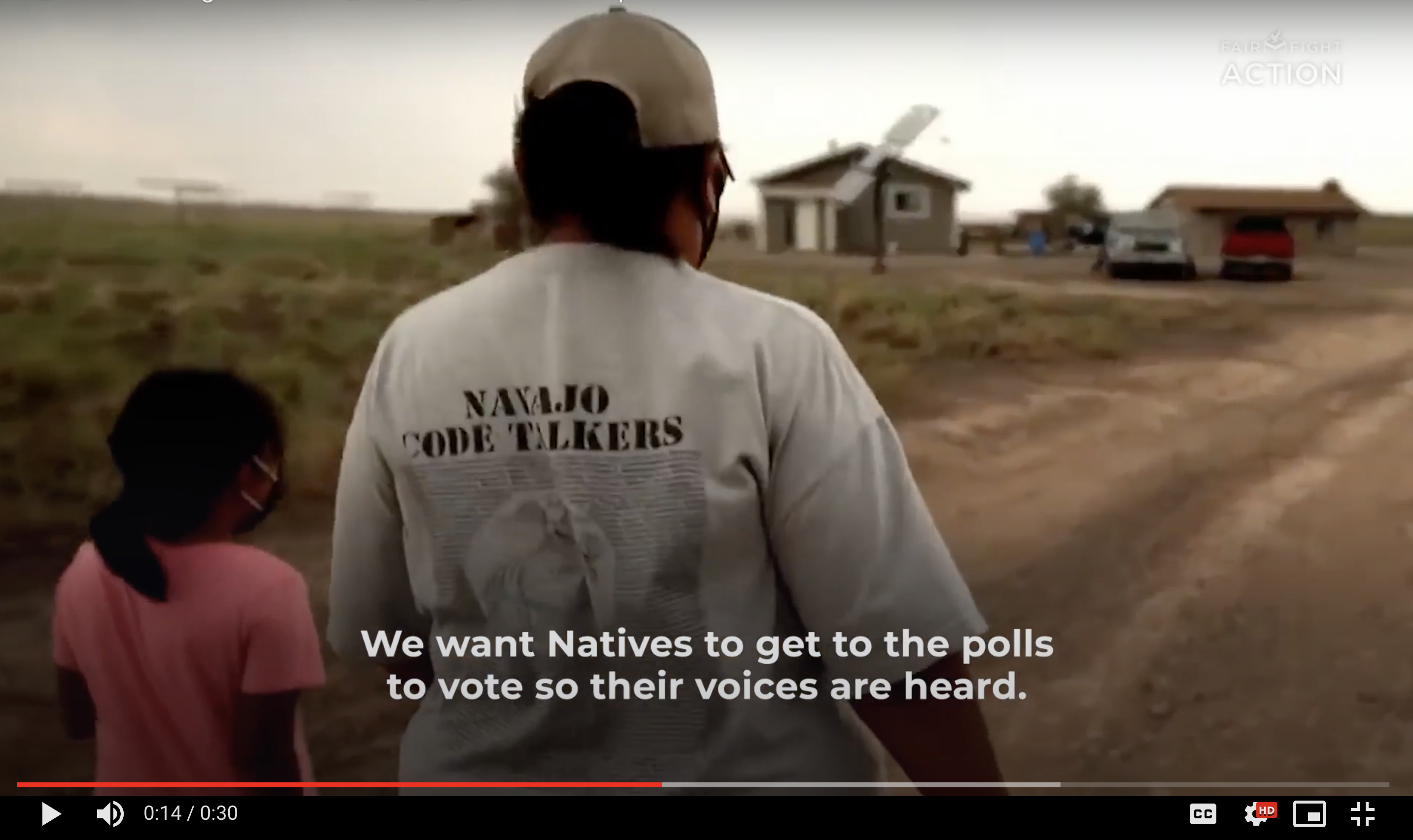 “Elections have historic consequences,” is one of the many strong messages featured.

Four Directions Native Vote has been at the forefront of protecting the Native vote. Led by OJ Semans, the organization has worked hard to get out the Native vote and filed numerous court cases to ensure Native Americans have the right to vote.

“Native American Indians have never had equal access at the ballot box and with the recent Supreme Court ruling in Brnovich versus DNC, those lawsuits we won for equality are all in danger,” OJ Semans (Rosebud Sioux), co-director of Four Directions Native Vote said to Native News Online.

The ads will be aired in Alaska and Arizona to help sway Senators Kyrsten Sinema (D-AZ) and Lisa Murkowski (R-AK) to vote to pass the “For the People Act” and the John Lewis Voting Rights Advancement Act.

The For the People Act (H.R.1 and Senate S.1) addresses issues related to election issues, such as voter access, election integrity and security, campaign finances and ethics for the three branches of government. The bill passed the House of Representatives on March 11, 2021. On August 11, the bill was placed on the Senate Legislative Calendar.

The John Lewis Voting Rights Advancement Act (H.R.4) deals with racial discrimination issues that discourages people of color to vote. Named for legendary Congressman John Lewis (D-GA) and civil rights leader, who passed away last year, the bill would strengthen the Voting Rights Act of 1965 because it would provide provisions weakened by the Supreme Court during the past decade. It would make it more difficult from states to enact voter restrictive legislation. The House version passed this past Tuesday along party lines. It faces an uphill battle in the U.S. Senate, which may take up debate in September.

The ad will run for four weeks.