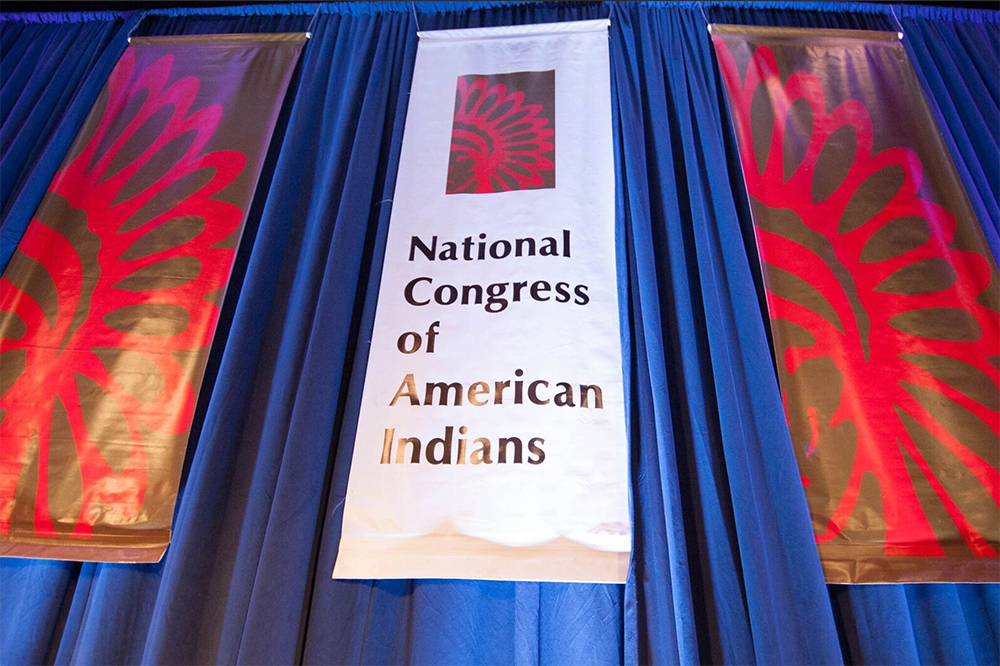 On Wednesday, the National Congress of American Indians convened an emergency meeting resulting in its public urging for the immediate confirmation of Congresswoman Deb Haaland to Secretary of the Department of the Interior, amid a growing chorus of pushback from Republican senators.

“The U.S. Department of the Interior carries out a broad range of responsibilities, including the management of public lands, water resources, minerals, wildlife management, and cultural heritage preservation,” the draft letter addressed to Senate Leadership reads. “Additionally, it is charged and entrusted with upholding the federal trust and treaty responsibilities to the 574 tribal nations and more than 5.2 million American Indians and Alaska Natives. As a result of these unique fiduciary and trust obligation to tribal nations, it is time that the ranks of Interior’s leaders finally include a voice from the community whose day-to-day lives it impacts most.”

Haaland, a Congresswoman from New Mexico and a citizen of Laguna Pueblo, was nominated by President Joe Biden to head the Interior Department in December. If confirmed by the Senate, she will make history as the first Native American cabinet member.

But a growing number of Republican House members have joined in opposition to the nomination, citing concerns that Haaland is too “radical” and that environmental policies she supports, such as the Green New Deal, will eliminate extraction industry jobs and harm economies in certain districts. The House does not vote on cabinet nominations.

But in its emergency meeting with tribal nations yesterday, NCAI President Fawn Sharp (Quinault Indian Nation) said the organization is aiming to educate lawmakers and the general public about Haaland’s bipartisan record.

“I'm very confident that Deb Haaland would look to the the best possible public policies in a way to manage our resources that honor public trust, that will heed the advice and recommendations of subject matter experts and make decisions that are objective, fair and ultimately designed (with) an eye to preserving our natural landscape for many generations to come,” Sharp told Native News Online.

The letter sites Haaland’s bi-partisan record, including her co-sponsorship of more bipartisan bills than any other freshman legislator in 2019; her services on the House Native American Caucus, the House Committee on Natural Resources, Subcommittee on National Parks, Forest and Public Lands,  the Indigenous Peoples Subcommittee, and the House Armed Services Committee. “Her House leadership in shepherding a bipartisan public lands package in 2019 and the Great American Outdoors Act in 2020 illustrates her commitment to the stewardship of the nation’s resources and directly correlates with the duties and responsibilities of the Secretary of Interior,” the letter reads.

Also on Wednesday, NCAI sent a letter to several members of the U.S. Senate and urged that they immediately take up the confirmation of Haaland as Interior secretary. “Right now, Interior has no Secretary nor Assistant Secretary-Indian Affairs to direct its policy. This Administration’s executive leadership is needed at Interior immediately to address these needs, and to begin implementing this Administration’s plan for Tribal Nations – a large piece of which includes comprehensive coronavirus response policies. These urgent self-governance needs cannot wait,” the letter said.

In response to House member’s critique that Haaland will eliminate jobs in her support of environmental legislation, an oil and gas moratorium and opposition toward the Keystone XL pipeline, Sharp said NCAI believes there is already an emerging economy in sustainable development.

“If we work together toward a transition away from fossil fuels, to that new and emerging economy that can be done in a very strategic, inclusive way to ensure that not only are there jobs available, but jobs that are clean for the environment,” she said. “And that's not going to be done by the government alone, that is going to be accomplished through public private partnerships.”

Sharp encourages readers who support Haaland’s nomination to sign on to NCAI’s letter, found here. Additionally, she said, supporters should send their own letters to Senate leadership in their district.

“I would really emphasize that we have to educate people about the importance of the role, to not only serve this generation, but future generations,” Sharp said. “And that's something that no one can disagree with. No one can disagree with the fact that any Secretary of Interior has a sacred public duty and trust to preserve and protect the federal lands in a way that future generations will have the same opportunity.”