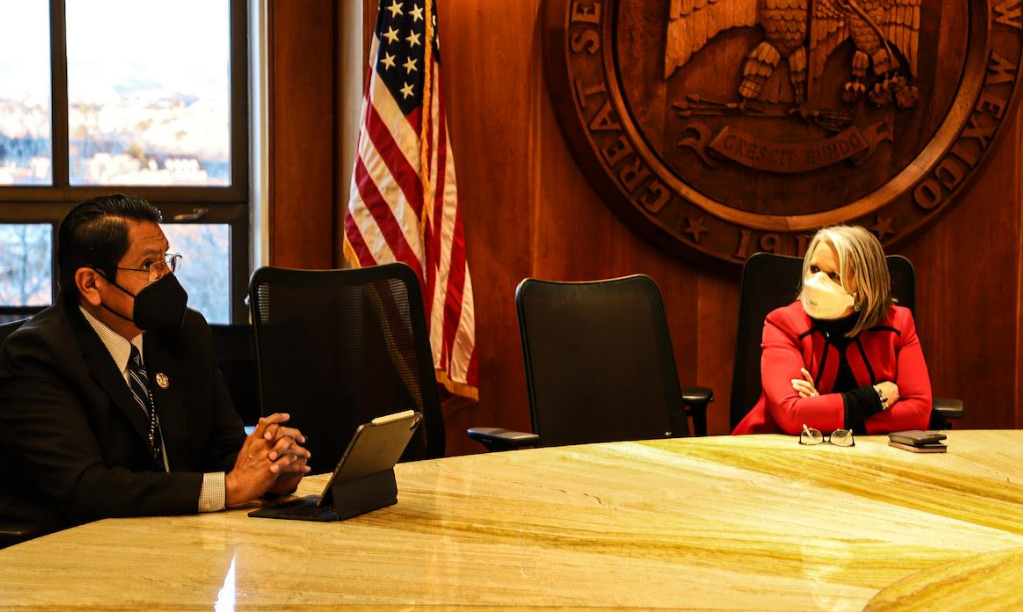 He was there to advocate for legislative priorities on behalf of the Navajo Nation.

“Governor Lujan Grisham has been a great partner and advocate for the Navajo people at the state and federal levels on many issues including the COVID-19 pandemic. We had a great discussion on many key issues and we will continue working together to ensure that the Navajo people benefit from capital outlay funding, infrastructure development, and other initiatives that are being considered during the legislative session,” President Nez said.

President Nez and First Lady Phefelia Nez were also invited by state lawmakers to address the New Mexico House of Representatives. During his address, he spoke about several key issues including the importance of upholding voting rights and expanding access to voting for all eligible voters, including elderly Navajo people who live in remote areas without immediate access to post offices and voting polls.

“In many states, there are proposed laws that aim to disenfranchise certain groups of voters, including Navajo voters. We should be making laws that expand access to voting for all eligible voters, no matter their party affiliation and no matter the color of their skin. So please, I ask all State Legislators to carefully consider the impacts of proposed voting laws and weigh them very carefully, and look into your hearts, and do what is right for all voters, including the First Peoples of this country,” President Nez said.

He and the First Lady also requested the support of state legislators for Senate Bill 12, sponsored by State Sen. Shannon Pinto (D-Dist. 3), which seeks to create the position of Indigenous Persons Specialist within the Office of the New Mexico Attorney General.