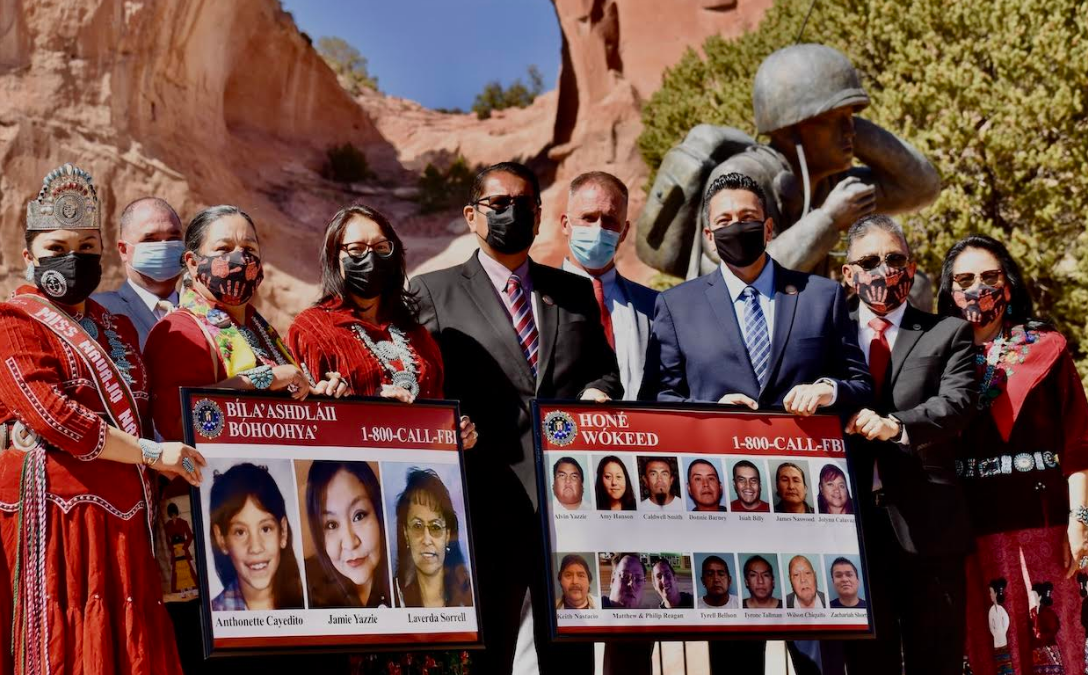 "Today, we extend our appreciation to our partners and volunteers, who work hard to gather data, provide testimonies, analyze data, and provide recommendations regarding the Missing and Murdered Indigenous Women and Relatives crisis that affects each of our lives and tribal communities. Most importantly, we come together today to support and pray for survivors and victims," President Nez said.

During the visit, Albuquerque FBI Special Agent in Charge Raul Bujanda also met with Navajo Nation leaders to review the roles of the FBI in working with federal, tribal, and state agencies for responding to reports of missing and murdered Indigenous people.

“Setting aside a day to remember murdered and missing Native Americans is an opportunity for the FBI and our partners to reaffirm our commitment to bring justice to the victims and their loved ones,” Special Agent in Charge Bujanda said. “We also offer our condolences to the families and friends of all the victims. The FBI values its strong relationship with the Navajo Nation as we continue to work together to make our communities safer."

Sexual Assault Prevention Subcommittee Chair Amber Kanazbah Crotty acknowledged the long history of the missing and murdered Indigenous peoples and its devastating impacts on various groups of people including veterans and transgender and LGBTQ people who are often not included in data that is gathered. She also called for more data sharing among law enforcement agencies and offered support for the establishment of a Missing Persons Unit.

“This is a crisis, our missing and murdered Diné relatives. We know there are relatives that are still out there that are not accounted for. So many times, families are out there searching and they feel isolated and they feel a sense of blame and shame, but we stand with them. Whether it’s 15 years, 30 years since a loved one has gone missing, the families still feel the loss and the pain. It’s really through working together and through communication that we begin to heal,” Navajo Nation Delegate Crotty stated.

Following the ceremony, President Nez and Vice President Lizer joined Delegate Crotty and members of the 24th Navajo Nation Council outside of the Council Chamber as they gathered with families of missing and murdered relatives to offer support and to remember victims. Delegate Crotty also led an awareness walk with the families.