Santa wore his long grey braids and traditional red robe-turned-regalia over the weekend, greeting children and adults alike at the newly opened First Americans Museum in the heart of Oklahoma City. Behind him was a digital screen showing a downpouring of snow over his sleigh, pulled by eight bison. 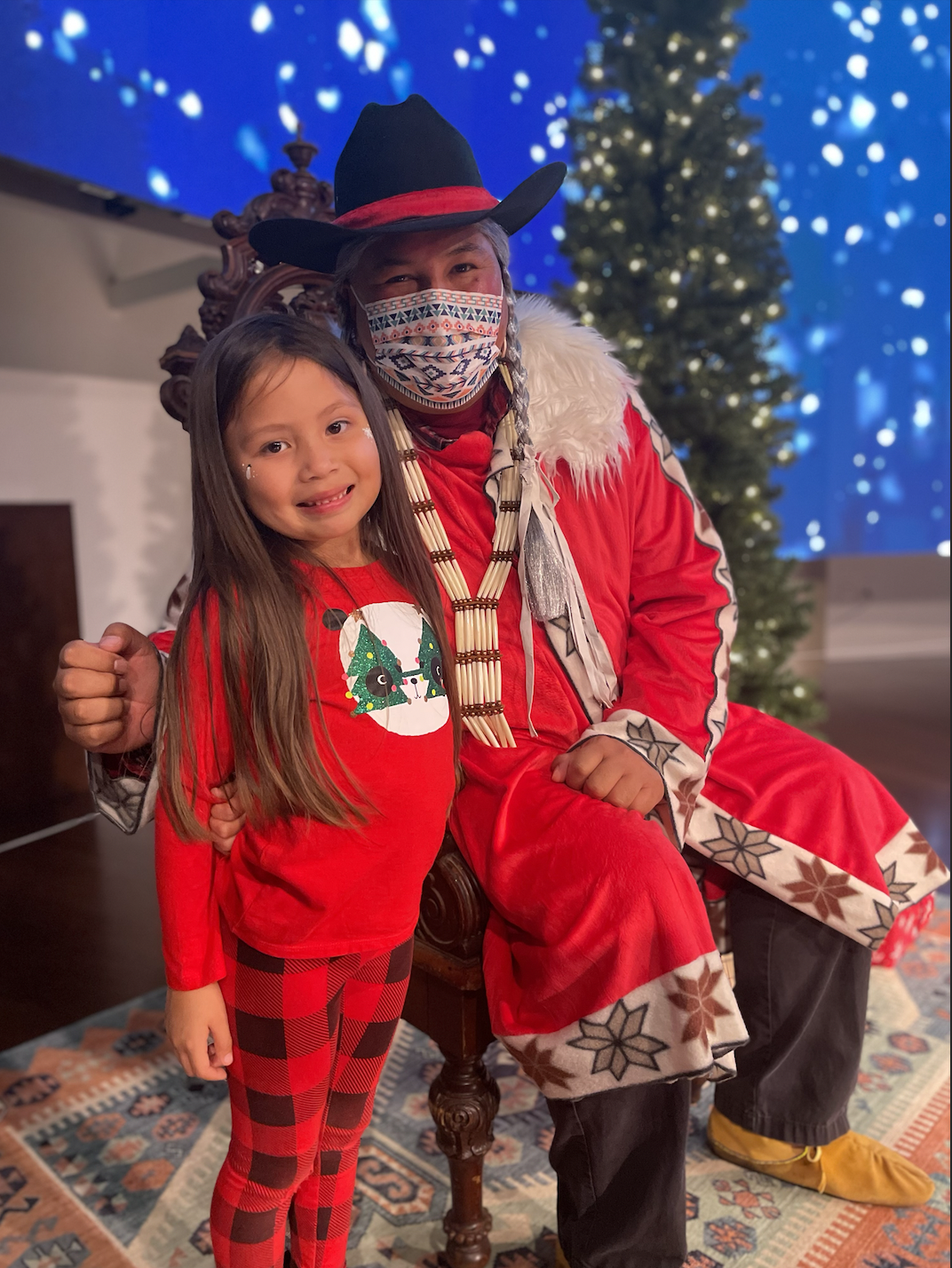 The event was free and open to the public on Saturday and Sunday, and drew far more adults to snap a photo with Santa than it did children. On Saturday, 75 children—many dressed in their tribe’s traditional regalia— and more than double the amount of adults took their photos with Indigneous Santa.

According to Underwood, it was due to Santa’s—or museum cultural ambassador Ace Greenwood (Chickasaw)—drum playing and song.

“It was really funny because…when he started singing the adults would come running,” she said. She said that many elders remarked afterwards that it was the first Native Santa they’d ever seen.

The museum officially opened Sept. 18 with a mission to highlight the stories of all 39 tribes in Oklahoma today. Underwood said the all-Native curatorial team guides visitors through the museum’s 29 interactive exhibits in first person, highlighting origin stories to Indian removal to statehood to present day history.

“We give more than 500 years of history and context as part of this Okla Homma [meaning "red people" in Choctaw] exhibition, but we also move into contemporary today.  We want people to walk away from a museum understanding that we have this shared history and it's American history, but we're still contributing and practicing our cultures today.”

In that way, Underwood said, Indigneous Santa was no different than any of the museum’s exhibits.

“Santa is just one of those types of experiences where we had the opportunity to educate, and then also create a new perspective on what (Santa) could be for Indigneous peoples.”