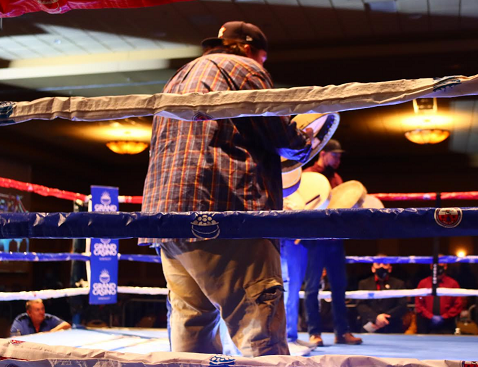 Hinckley, Minn. — On Saturday, July 23, the Mille Lacs Band of Ojibwe is hosting a world title boxing match between two-time world title challenger Joet Gonzalez and junior featherweight world champion Isaac Dogboe at the Grand Casino Hinckley. The fighters are dueling for the World Boxing Council (WBC) featherweight world title eliminator on ESPN+ in a ten-round main event that is being regulated by the Mille Lacs Band of Ojibwe’s Department of Athletic Regulation.

“This is a world title eliminator, which is like a playoff spot to fight for a world title,” said Matt Roberson, executive director of Mille Lacs Band of Ojibwe’s Department of Athletic Regulation, to Native News Online. “Some of the things we look for is the quality of the fight, and to make sure the boxers are matched equally in weight and skill.”

The evening has a fight card that includes 11 fights including a ten-round lightweight co-feature between undefeated contender Giovanni “El Cabron” Cabrera against Gabriel Flores, Jr. Joet Gonzalez is putting his World Boxing Organization (WBO) International belt up for grabs, with the fight also being a WBC world title eliminator. Gonzalez-Dogboe, Cabrera-Flores and the 11 undercard bouts will stream live and exclusively in the U.S. on ESPN+ starting at 5:30 pm - CDT.

The world title eliminator isn’t the first big fight card regulated by the Mille Lacs’ Athletic Regulation. The first world title fight eliminator was hosted in February 2019. In the early stages of the COVID-19 pandemic, the last nationally televised sporting event in the country was hosted at the Grand Casino Hinckley by the Mille Lacs Athletic Commission, which was closed to live audiences and subsequently televised on Showtime. 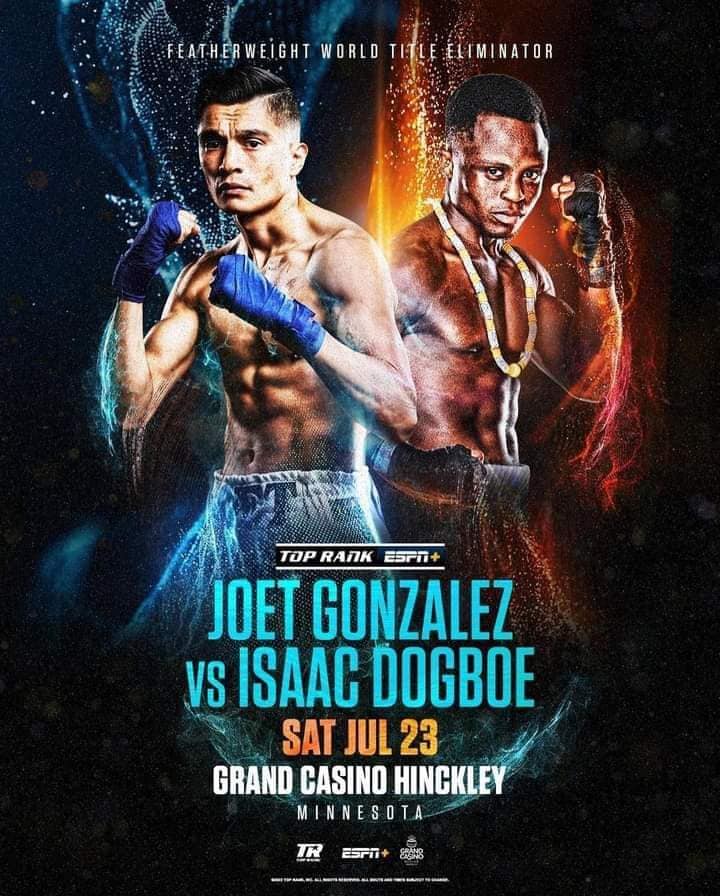 The commission recently hosted a Golden Gloves Boxing Tournament, “Meeting of the Clans,” an all-Indigenous amateur boxing tournament, and many other fight cards that showcase fighters and officials of tomorrow.

"During our fights, you’re going to see Native officials, but you’re also going to some of the biggest names in the sports like Mark Nelson, Mike Fitzgerald, and Pat Moreland,” said Roberson. “These officials don’t just have experience with officiating one or two world title fights, but 50, 75, to a 100 fights a piece.”

Mark Nelson officiated Jeff Horn and Manny Pacquiao in Brisbane, Australia, which was a WBO welterweight title fight and the first mega fight card on ESPN. He’s considered by many in the sport to be one of the best in his profession and is in the Minnesota Boxing Hall of Fame.

“The winner of the world title fight eliminator takes home hundreds of thousands of dollars, with a world title fight taking a purse in the millions of dollars,” said Roberson. “It’s a lot of money,” he said. “We’ll have representatives from the WBO, WBC, and, of course, a full media crew from ESPN.”

The event center at the Grand Casino Hinckley seats 3,000 and the evening’s event is expected to be sold out.

WHAT: TOP RANK, ESPN BOXING CARD AT THE GRAND CASINO