Michelle Latimer, director and co-creator of the Canadian television series “Trickster,” announced in a Facebook post on Monday that she is resigning from the show's upcoming second season after a CBC News investigation last week called into question her Indigenous identity. 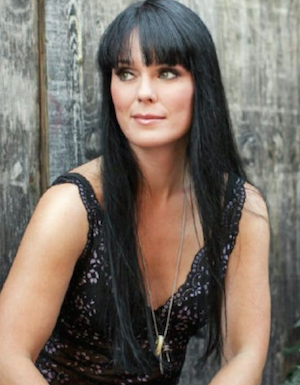 "It's with a heavy heart that I am resigning from Season 2 of Trickster," Latimer wrote in the Facebook post on Monday morning.

"When I first read the novels that inspired Trickster, I was struck by the powerful tale of a family coming together to overcome adversity. I envisioned this story as a television series that would celebrate Indigenous talent and amplify Indigenous voices.”

"I have listened to my community and feel that stepping away from the production is the appropriate course of action,” she continued.

Latimer’s films over the years, which have largely focused on Indigenous people, have made her a celebrated voice in the Native film community. Her documentary “Inconvenient Indian” premiered at the Toronto International Film Festival this year, winning multiple awards.

However, Latimer's claims to Indigenous identity came under scrutiny after the National Film Board, Canada's public film and digital media producer and distributor, said in a press release that Latimer was of “Algonquin, Métis and French heritage, from Kitigan Zibi Anishinabeg (Maniwaki), Que.” Kitigan Zibi is an Algonquin First Nation in Quebec.

In its reporting, which lasted more than two months, CBC News exchanged emails with Latimer and asked that she explain her identity and where she comes from. Latimer declined multiple interview requests with CBC reporters.

Latimer did not return a request for comment from Native News Online for this story.

After CBC’s investigation was published last week, Latimer released a statement in a Facebook post standing by her identity, which she claims comes from her maternal grandfather’s “oral history.”

“At this point, on paper, I can formally trace through source documentation, one line of our Indigenous ancestry dating back to the 1700s,” Latimer wrote in the Facebook post, adding, “My grandfather was a hunting and fishing guide along Baskatong Lake. His family had a cabin there, and he resided there and around the Kitigan Zibi/Maniwaki area before he enlisted in World War II. He later migrated to Northern Ontario to find work in the gold mines and to raise his family. My grandfather talked about our family being Indigenous (sometimes he would say Métis) and we always thought he was from Kitigan Zibi, or one of the neighbouring communities.”

In her Facebook post Monday, Latimer stood firmly by her Indigenous identity claims. "I stand by who I am and by my family's history, but I also understand what is being asked of me,” she wrote. “I recognize my responsibility to be accountable to the community and my fellow artists, and that is why I have made this decision."

The “Trickster” series, which is produced by CBC, is based on the “Son of a Trickster” novel trilogy by Haisla-Heiltsuk writer Eden Robinson.

“I’m so embarrassed. I feel like such a dupe,” Robinson wrote in a Facebook post on Monday. “I don’t know how to deal with the anger, disappointment and stress. As wretched as this moment is, I’d rather know the truth. I love Kitamaat Village. I’m proud to be Haisla.”