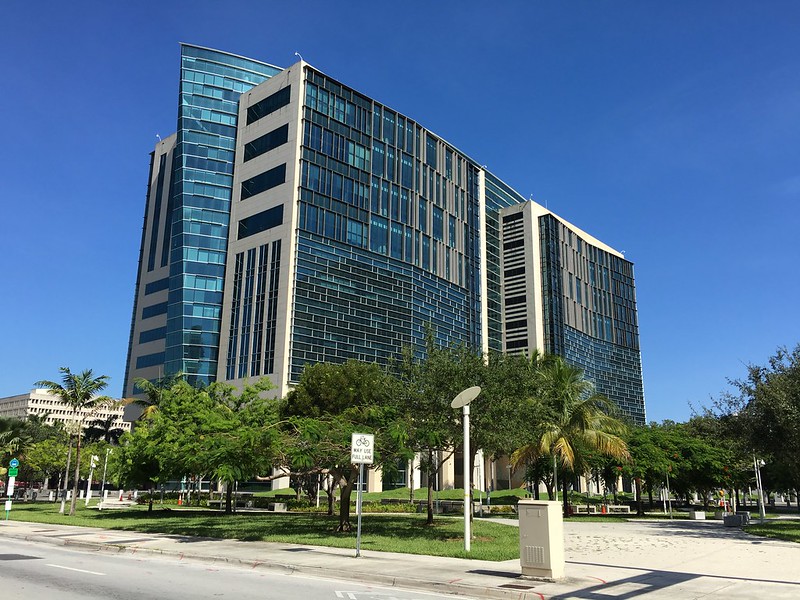 MIAMI — When it came time to distribute $8 billion in CARES Act funding set aside for tribal governments, the U.S. Department of Treasury determined the Miccosukee Tribe of Indians of Florida essentially did not exist.

According to calculations in Treasury’s formula, which was based on American Indian or Alaska Native population data in the distribution of Indian Housing Block Grants (IHBG) from the Department of Housing and Urban Development, the 605-member Miccosukee Tribe had a population of zero. As such, the Treasury allocated the minimum distribution of $100,000 for the tribe, the lowest funding level set up for tribes with fewer than 37 members under the formula.

In a federal lawsuit filed Friday in the U.S. District Court for the Southern District of Florida, the Miami-area tribe alleges the federal government took “arbitrary and capricious” actions in using the IHBG formula and ignoring other readily available population data in determining the distribution.

The Miccosukee Tribe estimates that it would have received a $2 million distribution had the Treasury used the correct population data for the tribe, according to court filings.

“The Miccosukee Tribe is threatened with imminent, irreparable injury as it will be unable to avoid significant and irretrievable medical and public health expenses in responding to the COVID-19 pandemic as it continues to provide essential services to its citizens residing on and off its Tribal lands,” the tribe said in the lawsuit.

The case follows a similar lawsuit filed by the Shawnee Tribe in which it alleged the formula improperly estimated the more than 3,000-member tribe’s population and cost the tribe more than $6 million in CARES Act funding, as Native News Online previously reported.

Under the department’s formula, 15 American Indian tribes and 10 Alaska Native tribal entities were determined to have zero population, according to court filings in the Miccosukee Tribe case.

According to the tribe, Treasury had several other sources of data in its possession that indicated the formula’s findings were incorrect, including the IHBG data set that indicated it had an enrollment of 400 members. The findings were also contradicted by Department of the Interior data the Treasury had access to, as well as tax information the tribe “periodically submits to Treasury.”

Moreover, in the run up to the Treasury issuing the distribution of CARES Act funding, the department asked tribes on April 13 to provide and certify their enrollment data, which the Miccosukee Tribe did prior to the April 17 deadline, according to the court documents.

Treasury officials said they used the IHBG data because it was a “reliable and consistently-prepared” metric on which to base the allocations. The department also said it used American Indian and Alaska Native population-based data because it was “expected to correlate reasonably well with the amount of increased expenditures of Tribal governments” because of the pandemic.

Consultations with staffers at the White House, Treasury, Interior and Florida’s two U.S. Senators “indicated that Treasury had realized its mistake and was working on a potential solution.”

However, the tribe says in the lawsuit that that corrective action never came, hindering its ability to respond to the public health crisis. It alleges that Treasury’s “actions and inactions are arbitrary, capricious, an abuse of discretion, or otherwise contrary to the law,” according to court filings.

The tribe, which is represented by Atlanta, Ga.-based law firm Alston & Bird LLP, seeks declaratory and injunctive relief and asks the court to direct the department to correct and increase its distribution using the “correct tribal population count” before the CARES Act funding is exhausted.