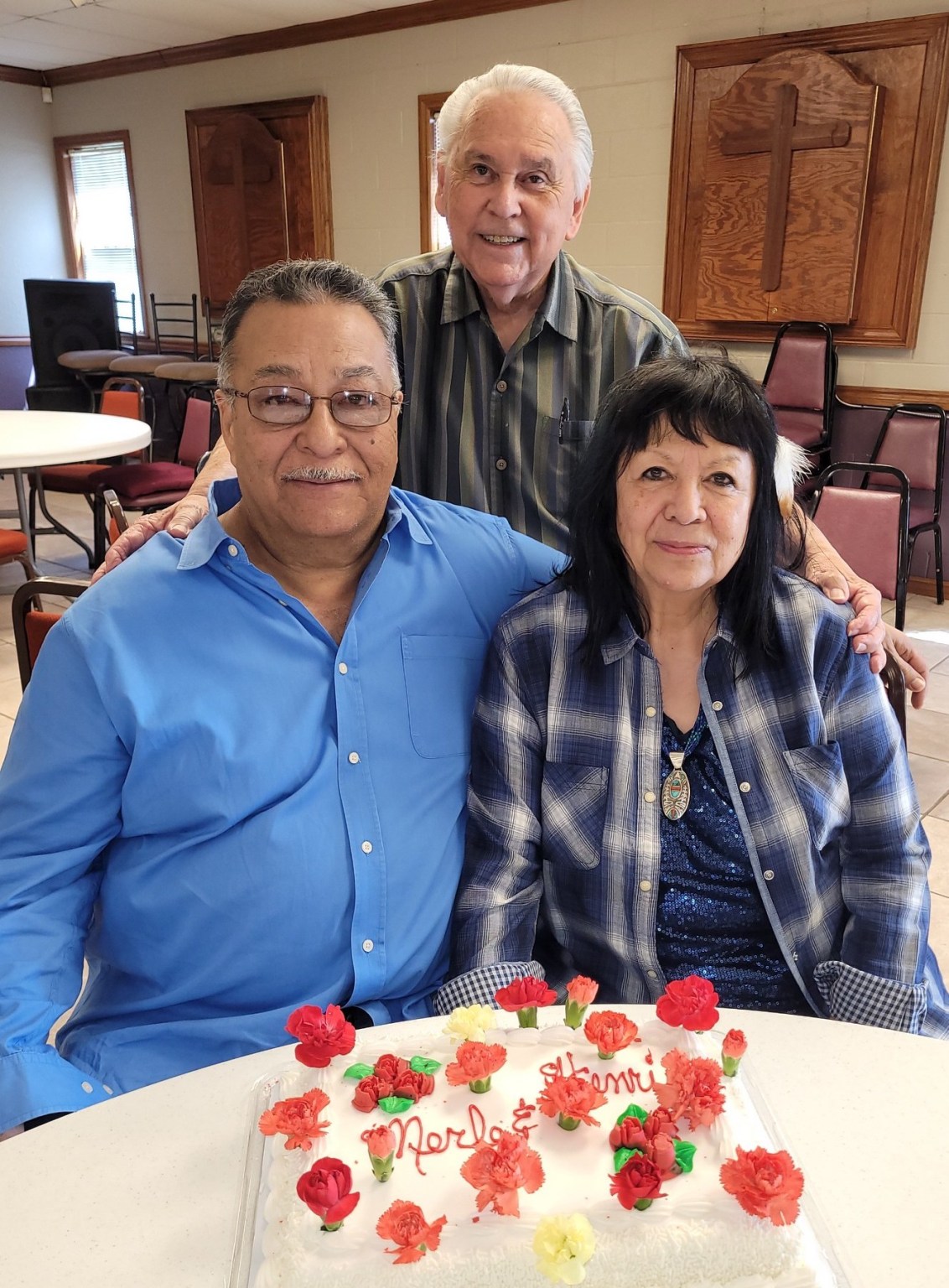 Merle Sapulpa, a great-grandson of Chief Sapulpa, died at about 4:00 am on Friday, July 30th, after a short illness. He was 74.

Before he passed, Sapulpa Times had been in contact with Sapulpa and his wife for a story about how they reconnected after a lifetime apart.

Their story is something from a fairy tale: Merle Sapulpa and Henrietta “Henri” DuPuis were high school sweethearts at Chilocco Indian Agriculture School in north-central Oklahoma, just south of the Kansas border.

“It was the first time I’d ever been away from home,” Henri told Sapulpa Times during a sit-down interview this week. Henri was from Oakville, Washington, and described herself as painfully shy. “I never really learned to talk to people, before that school,” she says. “My sister would answer my questions for me.”

[NOTE: This article was originally published by the Sapulpa Times.]

When her dad told her she was going to a school halfway across the country, she didn’t want to go. “I cried on the bus all the way to Portland,” she said. “When I finally got there, I stayed in my dorm room most of the time, and wouldn’t leave except to go eat.”

Finally, some of the other girls in her dorm began talking to her and coaxed her out of her shell. She began to see what sort of world awaited her outside her dorm.

She recalled the first day she laid eyes on Merle Sapulpa in the cafeteria.

“He turned and looked at me, and he had this smile, and I remember thinking ‘you are just so handsome!’” she said, laughing.

She doesn’t remember exactly when or how they began dating, but she does remember the first date was a complete bust. “We were going to go see a movie, and he had to cancel. He had a friend call and tell me he wasn’t coming.” Years later, he told her it must’ve been related to wrestling. She believed the story. Sapulpa took 2nd in state in wrestling that year. “He was quite an athlete,” she said.

As a junior in 1966, Henri was nominated Homecoming Queen. Nobody was more surprised than she was. “I really thought one of the others would get it,” she said. “I couldn’t believe I’d even been nominated.” Merle Sapulpa was, of course, her escort.

Henri says they continued to date through high school and “had a lot of fun,” but never discussed the future. After she graduated high school, she purchased a plane ticket to return to Washington, and Sapulpa was leaving for his namesake town. At the last moment, he offered her a chance to stay together: “Come with me,” he asked.

“I told him, ‘We never talked about this!’ I had already purchased my ticket, his family was waiting on him in the car. We went our separate ways,” she said.

It seemed like the high school sweethearts were done for good. Each of them moved on with their lives, married other people, and had children. Henri said that they reconnected several times over decades, but the chance for romance was never there. “Either he would be married, or I would be,” she said.

Chilocco school closed in 1980, but the buildings and memories remain.

In 2019, Ted Boyd, Henri’s husband of 38 years, passed away. She said Merle was there as a friend to her as she mourned the loss of her husband. “I decided I would be in mourning for a year,” she said. She withdrew from her social life and began drinking heavily. It was Merle who encouraged her to begin seeing a counselor. Slowly, she began to see light in her life again.

A year later, it was her turn to be the one to comfort their friend, when Merle’s wife Leatrice passed away in July of 2020.

Their friendship blossomed over the next several months, and in May of 2021, they were married, after more than 54 years apart. In July, Merle Sapulpa fell ill and passed away after a short stay in the hospital. Even though they weren’t married long, Henri said she wouldn’t trade the last few months for anything.

“We loved each other throughout our lives,” she said. “And we were very, very happy these last ten months.”

Donate
Free Newsletter
About The Author
Author: Micah ChoquetteEmail: This email address is being protected from spambots. You need JavaScript enabled to view it.
Breaking News