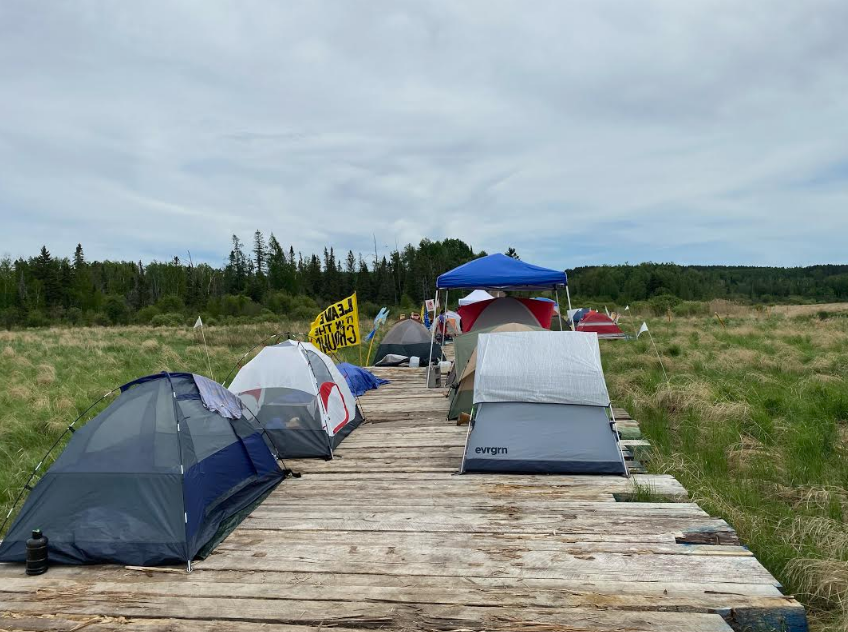 NORTHERN MINN. — Nearly 200 people were arrested at several locations on Monday, June 7, in northern Minnesota during the largest gathering to date of water protectors against the Enbridge Line 3 replacement project. In addition to those arrested, dozens were given citations at an Enbridge pump station in Two Inlets, Minn.

There are also now serious concerns about the treatment of organizers and activists who have been held for 16 - 20 hours without being booked and are being denied prescription medications, according to the Indigenous Environmental Network.

There are reports law enforcement officers are denying medical attention to those jailed who were injured during their arrests.

The Indigenous Environmental Network says there have been multiple violations of the Americans With Disabilities Act. In Kandiyohi County Jail, Water Protectors are being denied their 6th Amendment right to speak to an attorney, resulting in friends and family members being denied the ability to check in on the health and wellbeing of loved ones.

Twenty miles away more than 200 water protectors are encamped near the headwaters of the Mississippi River on County Highway 9 in Clearwater County.

Twenty-four water protectors locked themselves to machinery inside the pump station and were eventually arrested. Another group of twenty-four attached themselves to a boat blockading the access road overnight, with arrests still happening on Tuesday afternoon.

“More than 100 people were arrested, and only 80 could be booked in the Hubbard County Jail,” said Gwen Lynn from Chicago to Native News Online. “The rest were sent to other counties.”

On Monday, more than 1,500 people marched to the spot on the Mississippi headwaters where Enbridge intends to drill under the river and launched an ongoing treaty encampment led by the RISE Coalition. The encampment is in the path of the pipeline. In it first night, 65 tents with 200 people camped and intend on staying to stop the pipeline. Even as people left the Treaty People Gathering, others arrived at the encampment to stay.

“In these last few days, we have created space to invite non-Native people from far and wide across Turtle Island to come stand to protect the water,” said Co-Founder of the RISE Coalition and Leech Lake Band of Ojibwe tribal member Nancy Beaulieu in a press conference. “It is our inherent right to protect this water and our right to occupy.”

People at the encampment and a growing list of supporters including hundreds of faith leaders are calling on President Joe Biden to stop Line 3. Opponents say Line 3 threatens northern Minnesota’s waters, the global climate, and Anishinaabe treaty rights.

“We need to protect all that we have left of the sacred gifts and land. I said that I would do all that I could.  And I have done all that I could in the legal system, thus far following that process. Now, they have failed us through regulatory capture and corporate financing. So now we need you,” said Dawn Goodwin of the RISE Coalition in a press release.