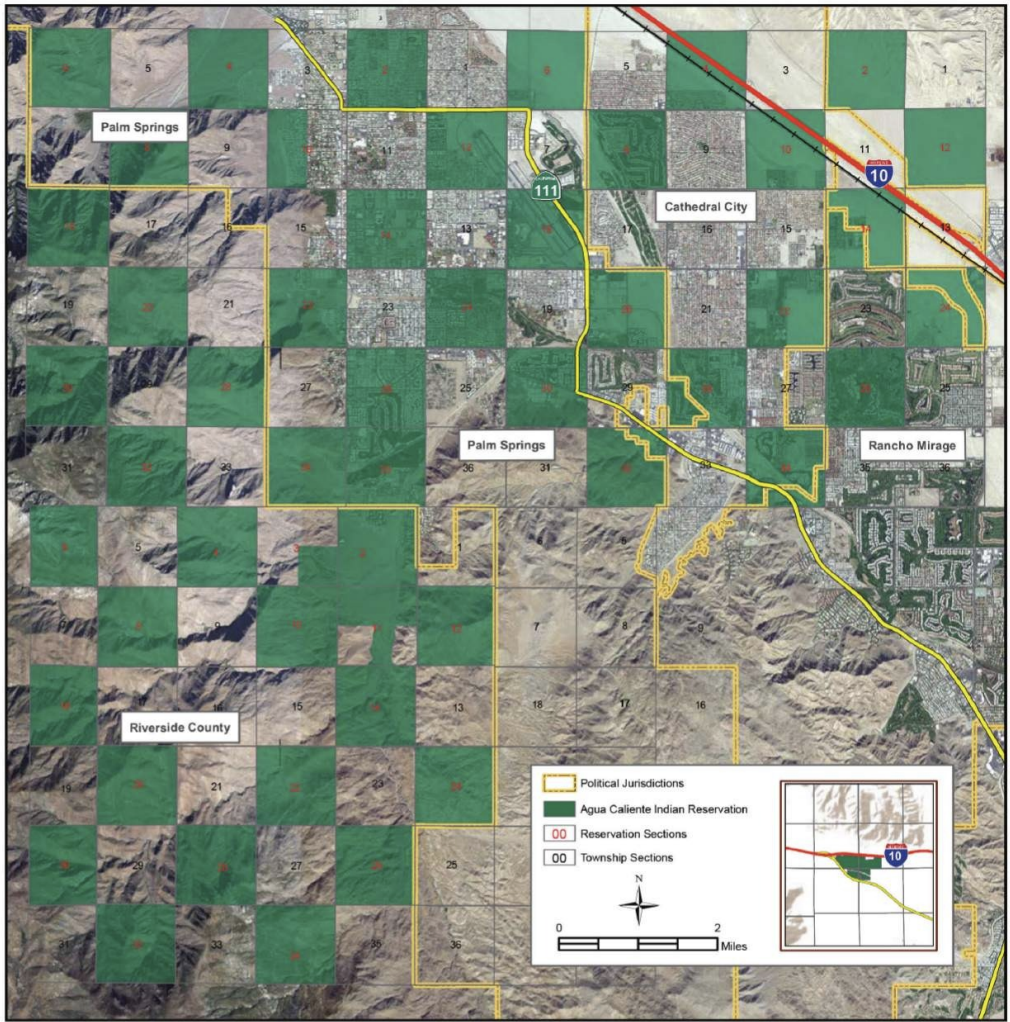 The Agua Caliente Band of Cahuilla Indians in Palm Springs, California, are hoping to expand their reservation by about 2,650 acres.

Two senators from California, Alex Padilla and Dianne Feinstein (both D-Calif.) have announced they intend to introduce legislation to right a wrong made by the Bureau of Land Management in a 1999 land exchange with the Tribe.

The Agua Caliente Band of Cahuilla Indians have occupied land in and around Palm Springs and the Coachella Valley since time immemorial. As a result of federal policy, a large portion of the Tribe’s land has been divided into even and odd parcels, known as a “checkerboard,” with ownership between the Tribe, federal government, and private landowners. Over the past few decades, the Tribe has initiated  a series of land transfers with the United States government to consolidate their land and reclaim historically and culturally valuable areas, according to the Tribe

But that exchange failed to carry land status with it, and the land Agua Caliente received from the government wasn’t in trust and therefore wasn't considered part of the reservation. The Agua Caliente also have had to pay taxes on their land--something all sovereign nations are exempt from-- for more than two decades.

The new legislation, already sponsored by Congressman Raul Ruiz (D-CA) in the House, should correct the previous oversight and puts about 2,650 acres of Agua Caliente land into trust.

Tribal Chairman Jeff Grubbe called Monday’s announcement the “final step” in transferring the land into trust status and part of the Tribe’s reservation.

“These lands, when brought into trust, will improve land management that directly benefits ongoing management of trails, invasive species and endangered Big Horn Sheep habitat,” he said in a statement. “In addition, this trust taking means the Tribe will now manage conservation lands that have long-standing cultural and natural resource value to our people. It is imperative this land be expeditiously brought into tribal trust status to ensure the Tribe once again is the primary steward of land for the benefit of all future generations.”

Senators Padilla and Feinstein, as well as Congressman Ruiz, all advocated for the bill’s ”swift passage” on Monday, despite the fact the bill has not yet been introduced.

“Enactment of this legislation would culminate a decades-long endeavor between the Agua Caliente Band of Cahuilla Indians and the federal government to finally allow the Tribe to manage lands of cultural and historical importance to the Cahuilla people.” Padilla said. “ I’m proud to partner with Congressman Ruiz, Senator Feinstein, and Chairman Grubbe on this legislation, and look forward to advocating for its swift enactment.”