RAPID CITY, S.D.— Chief Leonard Crow Dog (Sicangu Lakota), a highly respected medicine man who served as a spiritual leader during the American Indian Movement’s 71-day siege of Wounded Knee on the Pineridge Indian Reservation in 1973, began his journey to the spirit world shortly after midnight Sunday at his home at  Crow Dog's Paradise on the Rosebud Indian Reservation. He was 78. 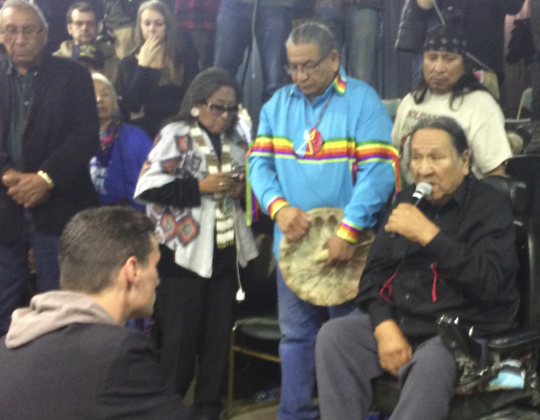 “It has sadly come to our attention that, at approximately 12:40 am, Chief Leonard Crow Dog has made his journey to the Spirit World. This is a huge loss to the Indigenous community of Turtle Island and to the American Indian Movement.” Philip Yenyo, executive director, American Indian Movement of Ohio posted on his Facebook page.

Native News Online will publish an obituary for Chief Crow Dog on Monday.

Arthur Jacobs contributed to this article.

CORRECTION; An previous version of this article stated Chief Crow Dog passed away in Rapid City, S.D. He began his journey to the spirit world at home at Crow Dog's Paradise on the Rosebud Indian Reservation.