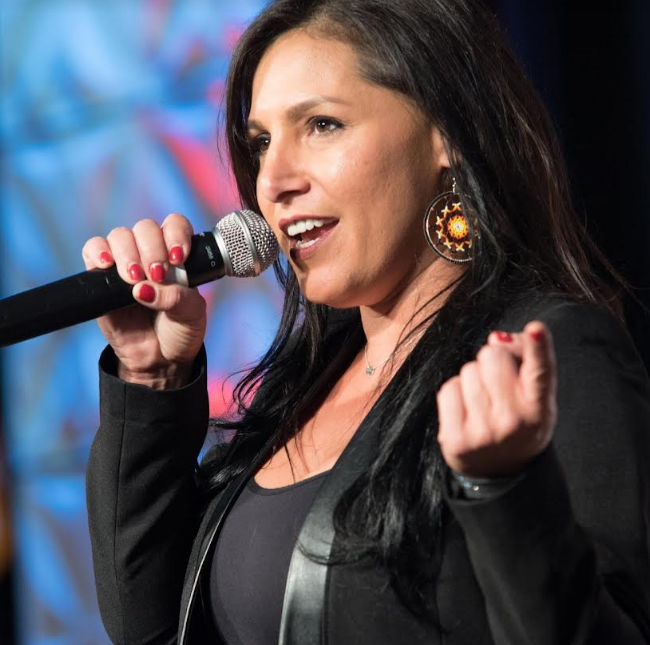 On Tuesday, The Business Forum announced Kelly Jackson as a recipient of its 2022 ATHENA Award. As a member of the Lac du Flambeau Band of Lake Superior Chippewa Indians, Jackson is the first Indigenous woman to receive the recognition from the Madison based collaborative organization.

“What an incredible honor to be recognized and share this award with Christy Clark-Pujara,” said Kelly Jackson to Native News Online. “There is nothing that warms my heart more than being part of an award that supports ‘lift as we climb’ vibes. I truly have been blessed to be surrounded by some of the most successful and giving women and would not have accomplished many of my endeavors without them.”

Jackson was nominated by Oneida/Ho-Chunk attorney Samantha Skenandore and was a nominee with five other women for the prestigious recognition. The announcement was made in a virtual celebration scheduled by the organization on International Women’s Day. The organization said on its website that this year’s celebration was to “recognize and honor 6 nominees who have achieved excellence in their work, devoted time in their communities, and helped women realize their full leadership potential.”

The Business Forum is a diverse, dynamic mixture of women professionals who supports and empowers women in the Madison area through programs, events and philanthropic work.

“For 25 years, the Business Forum has honored individuals who demonstrate excellence, creativity and initiative to improve the lives of others in our community through our annual ATHENA® Award Celebration,” said The Business Forum ATHENA Committee and Board member Jenny Krueger to Native News Online. “We were thrilled to honor Ms. Jackson with the 2022 ATHENA Award for her efforts with InnoNative Solutions in educating on and advocating for equity and inclusion, social justice, cultural identity and cultural preservation.”

Jackson founded her own consulting firm, Innovative Solutions, in 2019 to provide business development, cultural, diversity and inclusion, and equity trainings for corporate, government and other organizations. Her commitment to the growth and development of girls and women has always been important in both her professional and personal life. Her company is actively creating and developing Missing and Murdered Indigenous Woman Initiative (MMIW) and youth programs that focus on media solutions, social justice, cultural identity and cultural preservation (entitled History Through Our Eyes).

In 2016, she founded Spirit of a Woman, a non-profit organization, with Danielle Yancey, a member of the Menominee Indian Tribe of Wisconsin, to empower and inspire young girls and women to succeed. Together, they launched Indigenous Girls Rock, an annual music retreat for Indigenous girls where they learn how to play an instrument, form a band, write an original song, and perform a live concert.

Jackson is also an award-winning musician; her debut album “Spirit of a Woman” won Best Americana Album of the Year at the Native American Music Awards in 2012. As a musician, she tours throughout the country and is performing in Paris this summer.

“I am inspired by the contributions that our Indigenous women provide our families, our careers and our communities,” said Jackson. “Chi-miigwitch for this amazing recognition.”