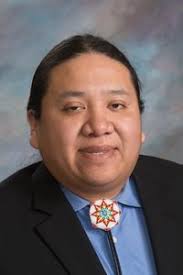 The OST election took place on Tuesday, the same day Americans nationwide voted for the presidency of the United States.

By OST’s constitution, Killer will be inaugurated on the second Tuesday of December, which is Dec. 8.

“Our Oglala Lakota Nation turned out in the midst of a pandemic to have their voices heard both in the tribal, state, and federal elections. I’m honored to receive our Oglala Lakota Oyate’s support for the office of the president,” Killer told Native News Online on Friday morning. “I look forward to supporting, hearing, and building solidarity for our community at a local, state, and national level.”

He resigned his senate seat to co-found Advance Native Political Leadership, a non-profit which aims to expand Indigenous representation in elected and appointed offices across the United States.

Bear Runner was seeking his second term as OST president.

The OST has about 48,000 tribal citizens. Approximately 32,000 OST citizens live on the Pine Ridge Indian Reservation, one of the nation’s largest reservations.