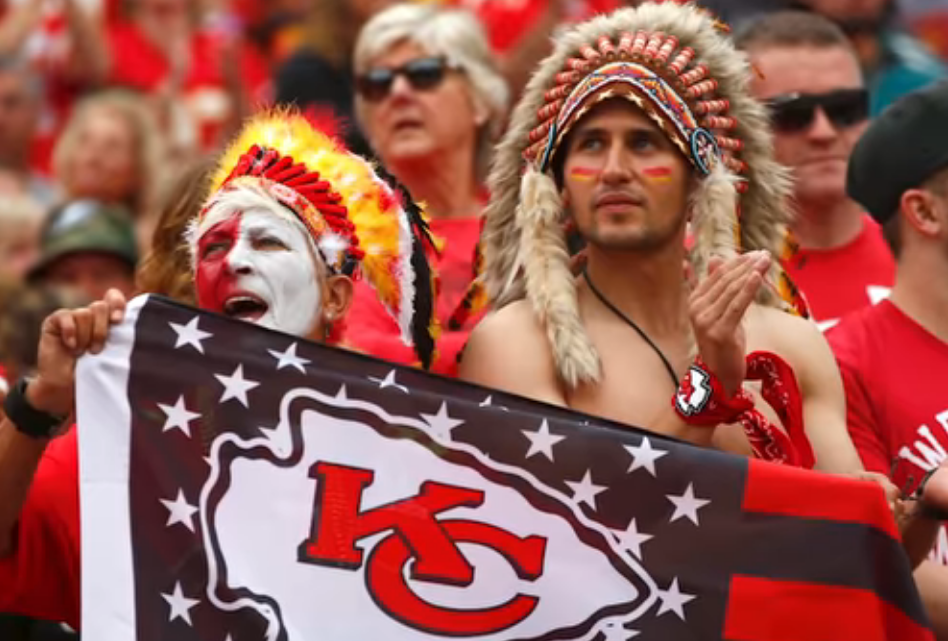 KANSAS CITY, Mo. — Fans of the Kansas City Chiefs will no longer be able to wear American Indian headdresses to games at Arrowhead Stadium, the NFL franchise announced last Thursday in a statement.

In addition, the team announced it will prohibit face painting that appropriates American Indian cultures and traditions. If fans arrive at the stadium with inappropriate face painting, they will be asked to remove the paint prior to passing through security screening.

The team says it began a dialogue with a diverse group of local American Indian leaders in 2014 “to gain a better understanding of the issues facing American Indian communities in our region and explore opportunities to both raise awareness of American Indian cultures and celebrate the rich traditions of tribes with a historic connection to the Kansas City area.”

The changes announced on Thursday will go into effect immediately.

“We are grateful for the meaningful conversations we have had with all of these American Indian leaders,” the team said. “It is important that we continue the dialogue on these significant topics, and we look forward to continuing to work together in the future.”

For Rhonda LeValdo, a faculty member at Haskell Indian Nations University, the football team did not go far enough.

“Our group, Not in Our Honor, is not backing down from changing the name. Just because they get rid of some things that are racist, it does not mean that it still isn’t racist. You can’t be a little racist, you either are or not,” LeValdo told Native News Online.

The changes from the Kansas City Chiefs come after the Washington NFL franchise moved to change its controversial name and logo in July.