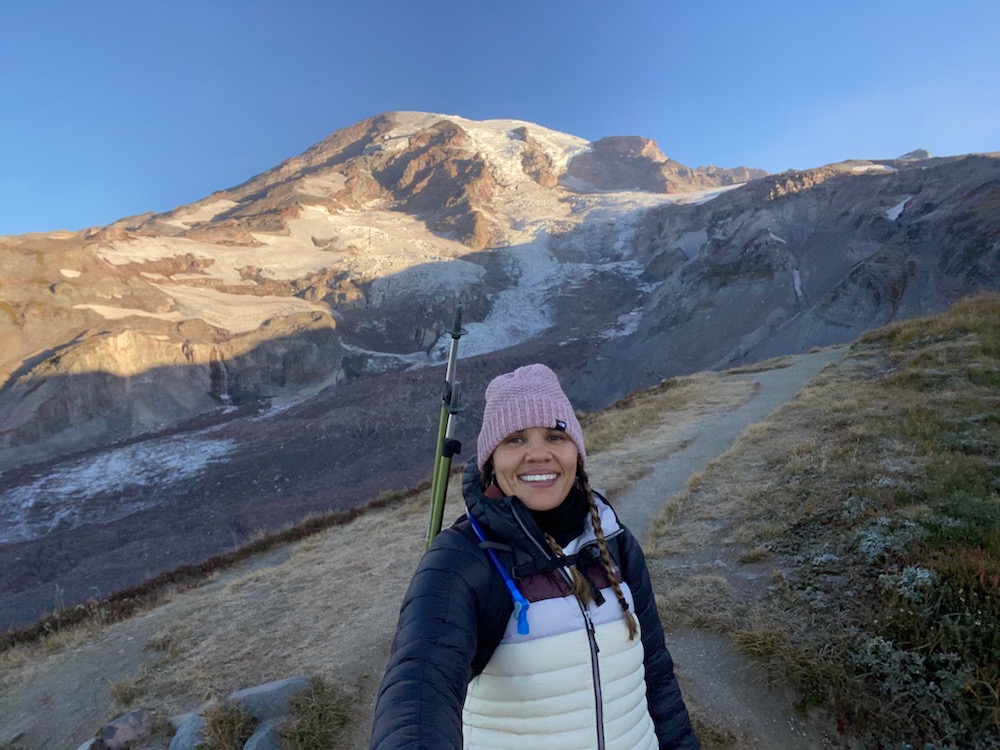 Rachel Heaton spent much of her adolescence in the shadow of Mount Rainier, a massive snow-capped peak jutting from the earth beside her home on the Muckleshoot Indian Reservation in Washington state.

Now 43, the Muckleshoot tribal citizen plans to summit the more than 14,410-foot mountain—the highest in Washington state and fifth-tallest in the continental United States— as a testament of strong will and Indigenous visibility.

“There are a lot of reasons I’m doing it,” Heaton, a former bodybuilder and current wellness and plant specialist at her tribe who described fitness as “her sanity” told Native News Online in the week leading up to her big climb.

She’ll depart from Seattle in the early morning on June 9 and plans to return June 17.

“It's more like, ‘We’re here. You should be learning the importance of these spaces and learning like the stories of these spaces,’ but the only way that can happen is if we're in those spaces.”

Though the National Park Service's website acknowledges that “(t)he land administered as Mount Rainier National Park has been since time immemorial the ancestral homeland of the Cowlitz, Muckleshoot, Nisqually, Puyallup, Squaxin Island, Yakama, and Coast Salish people,” Heaton says access to the mountain is often a hurdle for Black, Indigenous, and other people of color.

Specific climbing gear and technical training are hugely expensive, she said, totaling close to $10,000 for her own eight-day guided mountaineering course up Mount Rainier.

“Mountaineering is a rich White man’s sport,” she said. “So we’re often left out.” 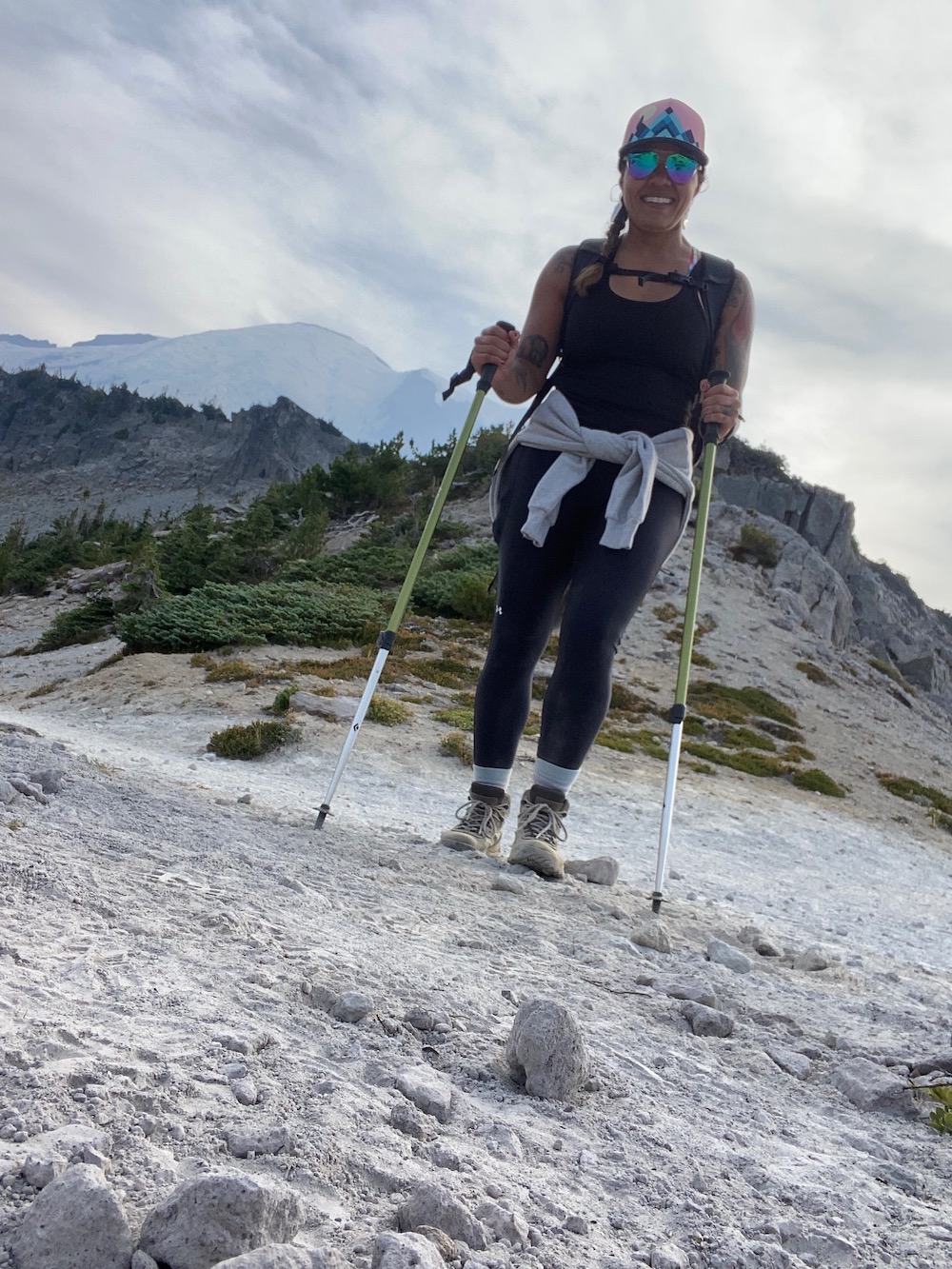 Muckleshoot tribal member Rachel Heaton climbs with a purpose. “This is just another way to create that visibility of reclaiming the spaces,” she said. “The only way that can happen is if we're in those spaces.”(Photo: Rachel Heaton) According to a 2019 survey by the American Alpine Club, climbers are mostly white and mostly men. The survey found that only one percent of all climbers in the U.S. are Black, and didn’t even track data on Indigenous climbers.

Though Washington state has seen an uptick in initiatives to diversify the outdoors, they are often limited to less technical recreation.

Indigenous Women Hike is a local Washington group that focuses on “healing through our inherent connection through the land,” their Instagram page reads. The organization offers gear for free rentals, gas money to access the mountains, and even food to mitigate barriers to the outdoors. Native News Online reached out to Indigenous Women Hike for a comment, but did not hear back by press time.

But fewer opportunities exist for those looking to break into mountaineering, where physical endurance meets mental grit. About half the climbers attempting to summit Mount Rainier each year make it, according to statistics published by the National Park Service.

Heaton is up for the task, training for the climb six days a week over the last year for her very first summit attempt.

Native News Online learned about Heaton when Managing Editor Valerie Vande Panne saw her jogging up 17 flights of stairs at a food conference the two were attending in Minneapolis in late May. Heaton trains with a 50-pound pack to strengthen her cardio and elevation endurance for the significant climb—the pack she’ll carry on the mountain will weigh 75 pounds.

Her advice for young Native women: “Just get in those spaces.”

“Make yourself visible because our knowledge is what's going to protect Mother Earth and the future generations, and our ability to have clean water and clean air and address climate issues. But our knowledge has to be in those spaces, so I just say, ‘Go be in them.’”