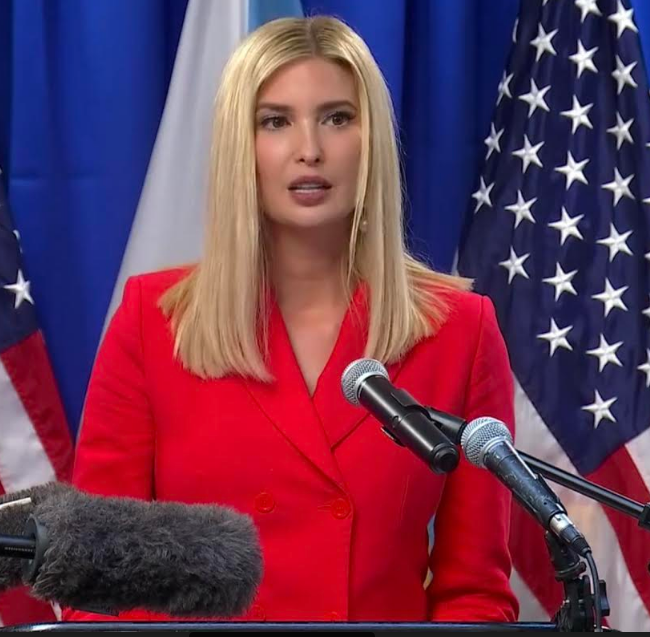 The office aims to address violence against American Indian people, particularly women and girls, but will be dedicated to investigating cold cases often decades old.

Ivanka Trump’s presence brought out the ire of those who have been working hard to solve the ongoing problem of missing and murdered Indigenous people in Indian Country.

The press conference opened with words of welcome and a Dakota women’s healing song by Goldtooth, as well as a flag song by a group organized by the Bureau of Indian Affairs Office of Justice Services.

“This effort is an initiative of the ‘Operation Lady Justice’ Cold Case Task Force,” said Sweeney. “It is the first of seven offices created by President Donald Trump’s Executive Order 13898 signed on Nov. 26, 2019.

Executive Order 13898 established the task force on missing and murdered American Indians and Alaska Natives and is co-chaired by Attorney General William Barr and Bernhardt. The task force is also known as Lady Justice.

Lady Justice is a multi-agency effort that aims to collect and manage data across jurisdictions, establish protocols for new and unsolved cases, establish multi-jurisdictional cold case teams, improve the response in investigative challenges and improve clarity of those involved. The task force aims to enhance the operation of the criminal justice system by addressing the concerns of American Indian and Alaskan Native communities regarding missing and murdered peoples, particularly Native women and girls.

Lady Justice, which reports directly to President Trump, consists of representatives from the United States Department of Health and Human Services, the Interior Department, the Department of Justice and the U.S. Attorney’s office.

“Today’s opening demonstrates the commitment to Operation Lady Justice Task Force for achieving the mandates set out in the Executive Order,” said Sweeney. “As a Native woman, I’m humbled and am proud that we are here to witness and celebrate this historic milestone.”

Ivanka Trump, the president’s daughter, was introduced by Sweeney as the President’s Advisor. 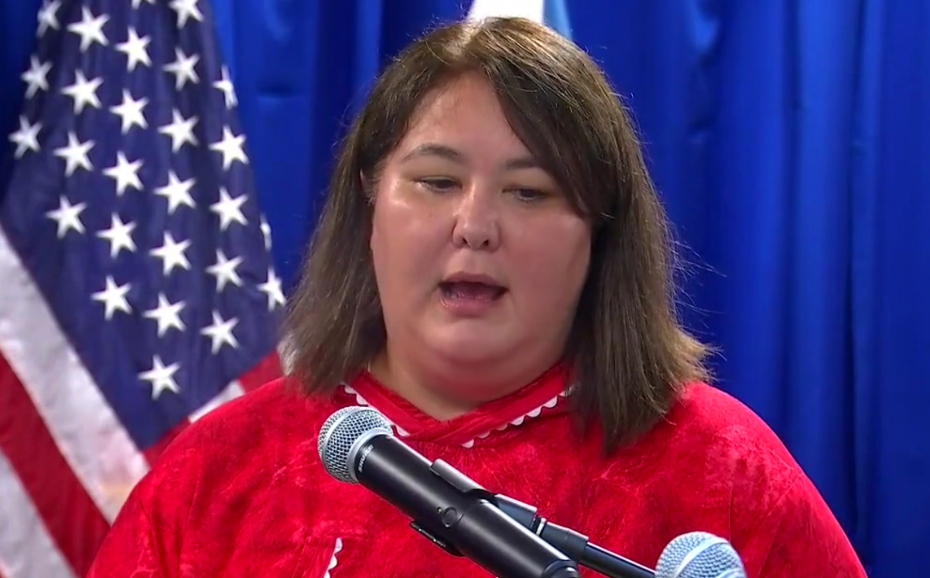 “No one is a bigger advocate and leader for women and women empowerment and criminal justice issues,” said Sweeney. “Her tenacity and spirit to uplift those in need and make a difference in their lives is tremendous!”

“I’m grateful for your support for Indian Country and for Alaskan Native villages,” Sweeney said as she welcomed Ivanka Trump to the podium to address the press.

According to the Federal Bureau of Investigation’s National Crime Information Center, there are more than 1,400 unresolved American Indian and Alaska Native missing person cases in the U.S., with 136 cases in Minnesota alone.

While support in Indian Country is welcome, some leaders in Minnesota’s American Indian community weren’t notified of the press conference or were made aware of a federally funded office dedicated to a cause that has been in the making for generations, according to Mary Lyons (White Earth Ojibwe), one of the spiritual advisors for the Minnesota MMIW Task Force.

According to Lyons, those she was with weren’t welcome in the press conference either.

“I’m frustrated,” said Lyons, who was also present at the signing of the bill that established the Minnesota MMIW Task Force. “It feels like all of our efforts to work together meant nothing.”

For Lyons, there was a clear lack of communication between the federal government and the local leaders who have been leading the charge on this cause.

“If our leaders are going to be leading, they should have come forth to bring our colleagues at the Task Force to this partnership,” Lyons said. “Not one [member] of our Task Force was invited to participate in today’s announcement.”

For Sarah Carlson, Ivanka Trump’s presentation felt like an effort to get votes in the upcoming election.

“Ivanka spoke how her and her father, President Trump, support MMIW, but I think we all know Trump is racist,” said Carlson, a Fond du Lac Ojibwe tribal citizen. “But Natives in there seemed to support the effort and cared for what [Ivanka] Trump is doing for MMIW.”

Ivanka Trump spoke for more than five minutes and left the press conference not long after her presentation.

There were efforts to protest Ivanka Trump’s participation in the press conference. According to Lyons, it wasn’t against the president’s daughter, but to a person who holds influence in the White House.

“The government was being really secretive about what happened today,” Lyons said. “When [Ivanka] Trump was done speaking, they snuck her out of there.”

A peaceful protest was organized outside the newly opened office by several members in the community, including Lyons. Lyons noted that elders were prevented from participating in the press conference.

“Today’s presentation hurt a lot of people,” she said. “When we participated in the signing of the bill in September of 2019, many of the same people representing the same tribes were also in today’s press conference.”

“We were turned away by our own people,” she added.