Indigenous Women Make Up Nearly Half of Canada’s Incarcerated Population; New Legislation Seeks to Change That 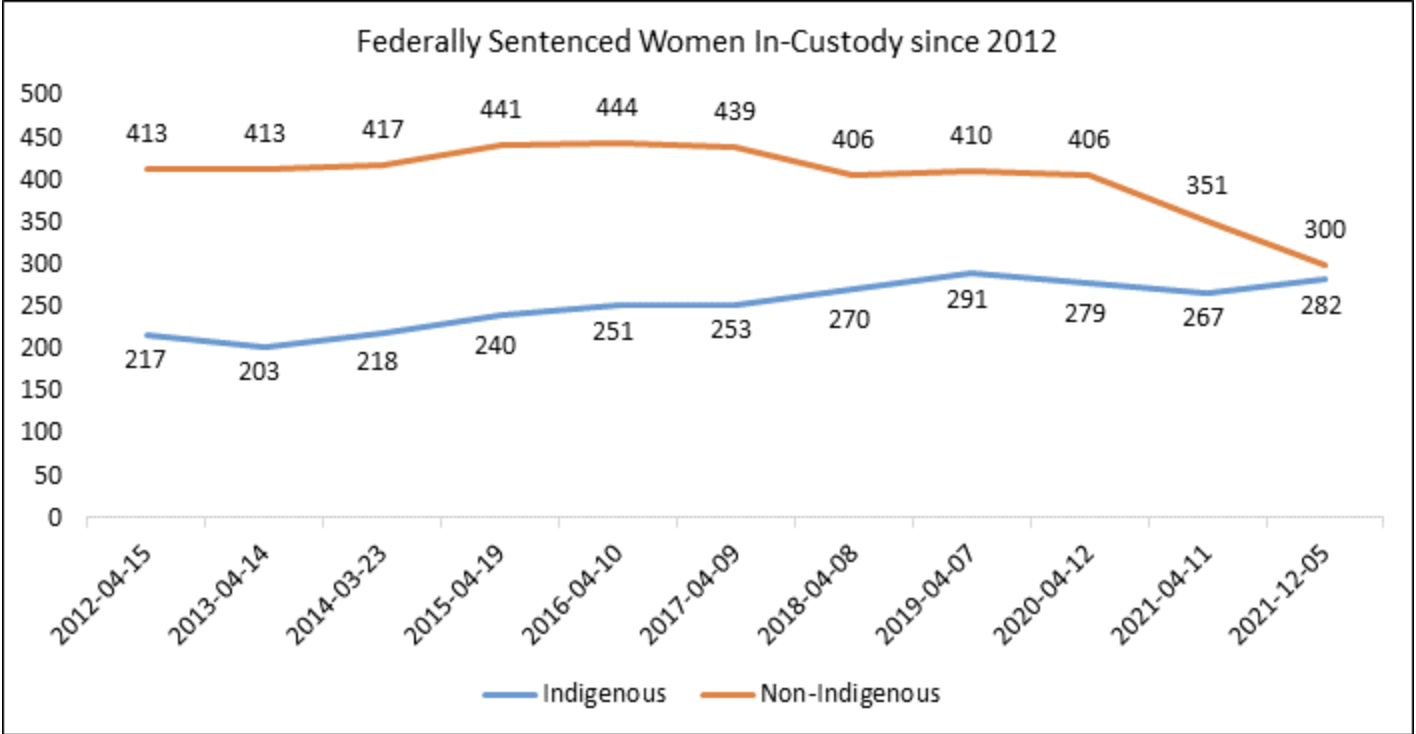 The bill, introduced in December 2021, was given urgency after an annual report of the Office of the Correctional Investigator Ivan Zinger found that Indigenous women make up nearly half of the population in federal custody, despite accounting for just 5% of the adult population in the country.

Prime Minister Justin Trudeau told reporters at an event in Newfoundland and Labrador yesterday that the overrepresentation of Indigenous women in federal prisons is “appalling,” and that the government’s bill should help the problem.

“Mandatory minimums do lead to an overrepresentation of vulnerable and marginalized people in our criminal justice system,” Trudeau told The Globe and Mail. “We know there’s much more to do and we will. Tackling systemic discrimination, which is real, is long, hard work that we are committed to.”

“Sentencing laws that have focused on punishment through imprisonment have disproportionately affected Indigenous peoples, as well as Black Canadians and members of marginalized communities,” the bill’s backgrounder reads.

Indigenous peoples serving prison time in Canada has steadily increased over the last decade, whereas the non-Indigenous inmate population has decreased.

Zinger found that the proportion of Indigenous offenders admitted with an offense punishable by mandatory minimum penalties (MMPs) has almost doubled between 2007-2008 and 2016-2017, from 14% to 26%.

“Over-representation of Indigenous people in correctional settings remains one of Canada’s most pressing human rights issues, and is evidence of public policy failures over successive decades as no government has been able to stop or reverse this trend,” Zinger said in a statement.

Repealing certain sentencing requirements would allow judges flexibility to impose an appropriate sentence, which could mean more or less prison time than that previously directed by MMPs.