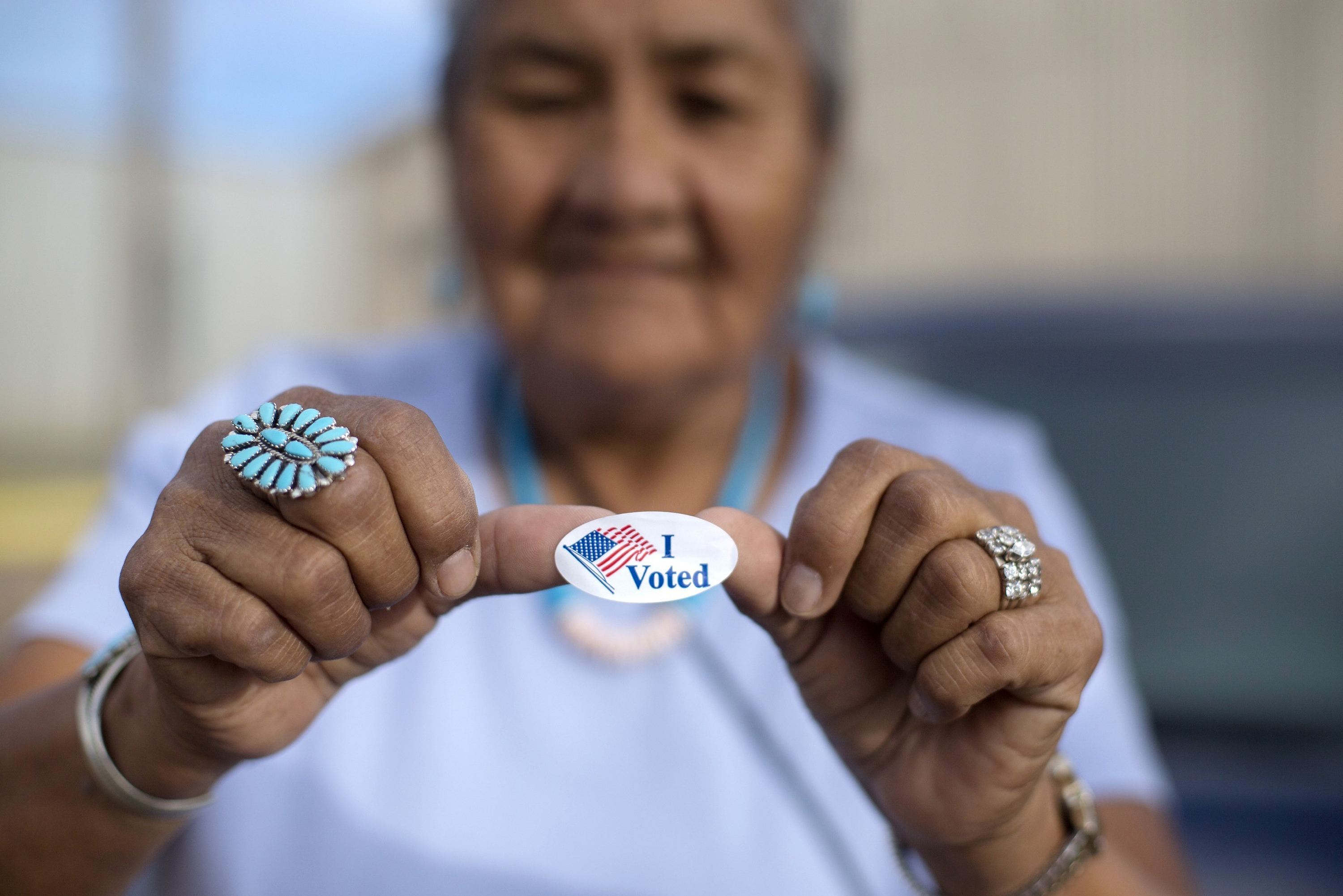 The Supreme Court on Thursday upheld that two provisions of Arizona voting law that restrict how ballots can be cast are not discriminatory towards minority groups.

The case hinged on whether or not two of Arizona’s voting laws—one that can throw out ballots cast in the wrong precinct, and the other that restricts who can collect an early ballot to include only a postal worker, an elections officials, or a voter’s caregiver, family member, or household member—violate the Voting Rights Act of 1965, which prohibits racial discrimination in voting.

A federal appeals court previously struck down both provisions for their unequal impact on minority voters, who are more likely to rely on early collection services and who often live in remote locations, making it difficult to reach polling stations.

But conservative judges on Thursday, led by majority opinion writer Justice Samuel Alito, wrote that “the mere fact there is some disparity in impact does not necessarily mean that a system is not equally open or that it does not give everyone an equal opportunity to vote.”

Judges also noted a concern that striking down the two voting provisions might increase the risk of voter fraud.

“One strong and entirely legitimate state interest is the prevention of fraud,” Alito wrote. “Fraud can affect the outcome of a close election, and fraudulent votes dilute the right of citizens to cast ballots that carry appropriate weight.”

On the Navajo Nation, which sprawls 27,000 square miles across a reservation larger than the size of West Virginia, voting rights activist and Protect The Sacred founder Allie Young said the court’s decision is bound to reverse last year’s increased engagement among Indigenous voters.

During the 2020 presidential election, Young, recognizing the challenges Navajo Nation citizens face when trying to cast their ballot, organized a caravan of horseback riders to journey 20 miles to the nearest polling station. As a result of Young’s work, along with many other campaigners, Navajo County saw a 74 percent voter turnout, up 10 percent from the 2016 election.

“It’s just going to make it harder for us to vote,” Young said of Thursday’s ruling. Many Native people in the uber remote reaches of the Navajo Nation have relied on ballot harvesting—or the act of delivering early voter ballots—to avoid driving far distances to a ballot box themselves.

“Eliminating ballot harvesting isn't going to allow remote communities...for someone to pick up our ...ballots within that community and take it down to a dropbox,” Young said.

For the second provision that tosses out votes cast in the wrong precinct, Young said she thinks of her elders who don’t fully understand the guidelines.

“They're passing through a town ...or a nearby place that happens to have a dropbox, and they just place it there,” she said. “And so if it's in the wrong precinct, then it's not going to be counted.”

“After all we have been through to deliver the promise of this Nation to all Americans, we should be fully enforcing voting rights laws, not weakening them,” he wrote. “Yet this decision comes just over a week after Senate Republicans blocked even a debate – even consideration – of the For the People Act that would have protected the right to vote from action by Republican legislators in states across the country.”

In New Mexico, U.S. Sen. Ben Ray Luján (D-N.M.) met Wednesday with members of the Navajo Nation Human Rights Office and Navajo Nation Board of Elections to discuss his plans to reintroduce the Native American Voting Rights Act (NAVRA), legislation that would ensure equal access to voting for all Native American voters living on tribal lands.

“On top of geographic and linguistic barriers that make it harder for tribal members to vote, restrictive and burdensome voter registration requirements and I.D. laws are suppressing the Native vote across America,” Luján said. “When the Senate returns to session, I’ll be re-introducing the Native American Voting Rights Act.”

For activists like Young, Thursday’s decision from the nation’s highest court won’t take away from the momentum building across Indian Country.

“If anything, this should motivate us to organize even more in our communities and protect our rights,” she said. “This is happening because we showed that we are powerful...in numbers when we show up. In the past, we have been invisible, (but) in 2021, we've seen incredible things happening, like Secretary (Deb) Haaland being confirmed. We are really rising up at this time. Organizers within the Native communities, we're still gonna do all we can to come up with solutions, and we encourage voters to build on the momentum that we saw in 2020.”