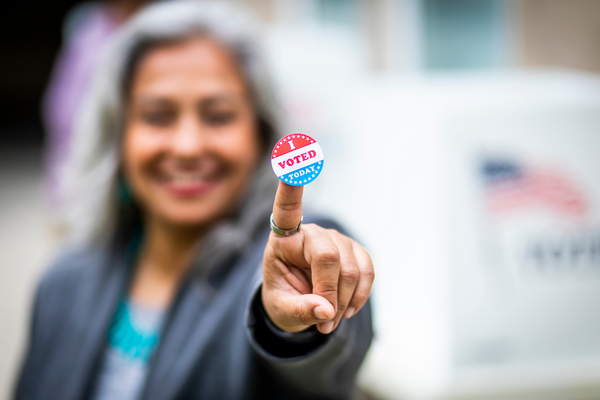 Nearly a century after Native Americans were granted U.S. citizenship, the fight for Native voting rights rages on.

On June 21, 1788, the day the Constitution was ratified and became the foundation for the government of the United States, Native Americans — people who have stewarded land here since time immemorial — were explicitly denied citizenship and were considered “subjects” of the newly formed government.

Nearly a decade later, in 1868, Black Americans won citizenship with the 14th Amendment, but it was interpreted to exclude Native Americans. This interpretation was later reinforced in 1870, when the Senate Judiciary Committee concluded that “the 14th amendment to the Constitution has no effect whatever upon the status of the Indian tribes within the limits of the United States,” but that “straggling Indians” were subject to the jurisdiction of the United States.

Later, The Dawes Act of 1887 gave American citizenship to all Natives who accepted individual land grants under the provisions of statutes and treaties. The result of the Act was devastating, with 90 million acres of land ripped from Native Americans and aggressively sold off to non-native U.S citizens.

1924 marked the year Native Americans were granted official U.S. citizenship with the Indian Citizenship Rights Act; however, the Act did not guarantee voting rights for Natives, as it was in the hands of individual states to determine who was qualified to vote.

States went about disenfranchising Native citizens in various ways, such as claiming that the taxpayer status of Natives living on reservations excluded them from voting in state and federal elections. One by one, states across the country removed laws explicitly denying Natives the vote into the late 1950s.

While the Voting Rights Act of 1965 added critical protections for voting rights, 50 years later, in 2013, those protections were all but stripped away when the Supreme Court overturned vital provisions of the Act in Shelby County vs. Holder. This left vulnerable populations susceptible to voter suppression via state laws and policies that require voting ID, ballot harvesting, limited polling places and more.

In 2015 the Native American Rights Fund (NARF) formed the Native American Voting Rights Coalition to coordinate efforts among advocates, attorneys, tribal leaders and civil rights experts working to remove barriers Indigenous peoples face when voting and registering to vote. The group released a report in 2020 titled, Obstacles at Every Turn, which provides detailed evidence that Native people face obstacles at every turn in the electoral process.

In 2021, the Senate introduced The John Lewis Voting Rights Advancement Act, which included the Native American Voting Rights Act — a measure that would protect the Indigenous vote at a federal level by improving access to voter registration, polling places and drop boxes;

mandating that polling places accept tribal or federal IDs; permitting tribes to designate buildings to use for address registration; establishing a Native American voting task force; requiring pre-approval by tribal governments to any changes in voting procedures on tribal lands. The bill passed in the House but failed to pass in the Senate.

This legacy of Native voter suppression continues, with new laws and practices threatening access to the ballot box as Indian Country battles for voting rights.

In the past two years alone, there have been numerous high-profile challenges brought by tribal communities. In 2020, the Blackfeet Nation in Montana brought — and won — a lawsuit against Pondera County for failing to establish a satellite election office on the reservation, which is larger than the entire state of Delaware.

In 2021, the Supreme Court ruled to uphold two voting laws in Arizona that place a disproportionate burden on Native voters. And recently, a Nevada county settled with the Shoshone Paiute Tribes of Duck Valley Indian Reservation over access to in-person voting.

On Tuesday, as Americans cast their ballots in the 2022 elections, the fight for Native voting rights rages on around the country.

To counter attempts to suppress the Native vote, there are groups working hard to ensure Native Americans can vote without intimidation or hassle, including NARF, Four Directions and the National Congress of American Indians.

If someone or something is preventing you from voting, call the voting rights hotline: 1-866-OUR-VOTE.