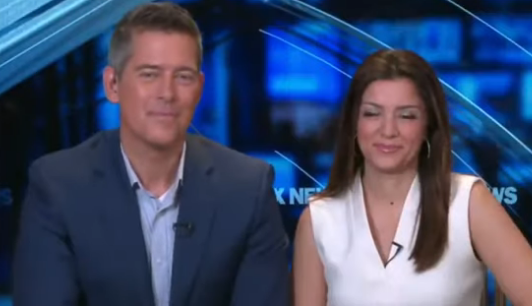 In recent years there has been more stories reported by the national media on the reality of what happened on the "first" Thanksgiving 400 years ago between the Pilgrims and Wampanoag.

Fox News and the conservatives it caters to are pushing back this year.

Last weekend Fox News aired a segment where Sen. Ted Cruz (R-TX) blasted MSNBC after it aired an essay on the “real story” of Thanksgiving that said one of America’s most cherished holidays is actually of day of “genocide and violence.”

By Wednesday, Fox News contributors Sean Duffy and Rachel Campos-Duffy, who last month had a problem with Vice President Kamala Harris’ comments about Indigenous Peoples’ Day, mistakenly blamed liberals for the promoting the true story of the first Thanksgiving.

The host brought up the suggestion by Washington, D.C public school Chancellor Lewis D. Ferebee that terms such as genocide, ethnic cleansing and stolen land should by discussed during Thanksgiving gatherings.

"Will you be taking the chancellor's advice?" the Fox host asked Duffy. "Are you going to be talking about those things like genocide?"

"Stop trying to colonize our culture!" Duffy responded. "You're trying to demonize our history and our founding, trying to make us feel bad about ourselves. I'm sick of it."

"There is just so much historical ignorance," Campos-Duffy agreed with her husband. "I mean, you cannot leave your children's history up to these cultural Marxists."

Native Americans have been working telling the truth about Thanksgiving—the constructed holiday—for decades. It appears the “liberals” have been paying attention, as the conservatives choose to continue live in pretense.