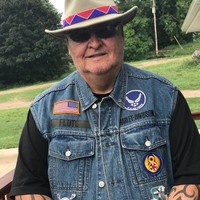 SISSETON, S.D. — The Sisseton Wahpeton Sioux Tribe is mourning the loss of its former Tribal Chairman Jerry Flute, who passed away  Monday. Chairman Flute was 80.

During his illustrious career in tribal politics, Flute held several elected positions within the Sisseton Wahpeton Sioux Tribe. He was first elected as tribal secretary, serving two terms. Upon serving successfully as tribal secretary, Flute ran for the office of tribal chairman and was elected to three successful terms; he chose not to seek a fourth term as chairman.

Throughout Flute’s political career and with the support of the Sisseton Wahpeton Sioux Tribe’s tribal council, there was a monumental shift that is still the general foundation of the tribe today. To name a few accomplishments: Moved the tribal administration from Sisseton and created Agency Village. He helped build the first tribal administration building followed by a new building for the Bureau of Indian Affairs and other tribal programs. He established the tribal vocational education program, which eventually became the community college.

In addition to his significant contributions to his tribe and culture, Flute played a pivotal role as the executive director and then board member of the Association on American Indian Affairs (AAIA). His efforts benefited all of Indian Country.

“Through leadership on the national level, (Chairman Flute) was instrumental in the passage of the National Museum of American Indians Act and subsequent Native American Graves Protection and Repatriation Act, among others. These acts have led to the return of thousands of Native Ancestors to the tribes for proper respect and reburial. Our current and future generations will remember him and his work long into the future,” Frank Ettawageshik, AAIA president, told Native News Online.