For Non-Federally Recognized Tribes, the Covid-19 Pandemic Hurts Even More 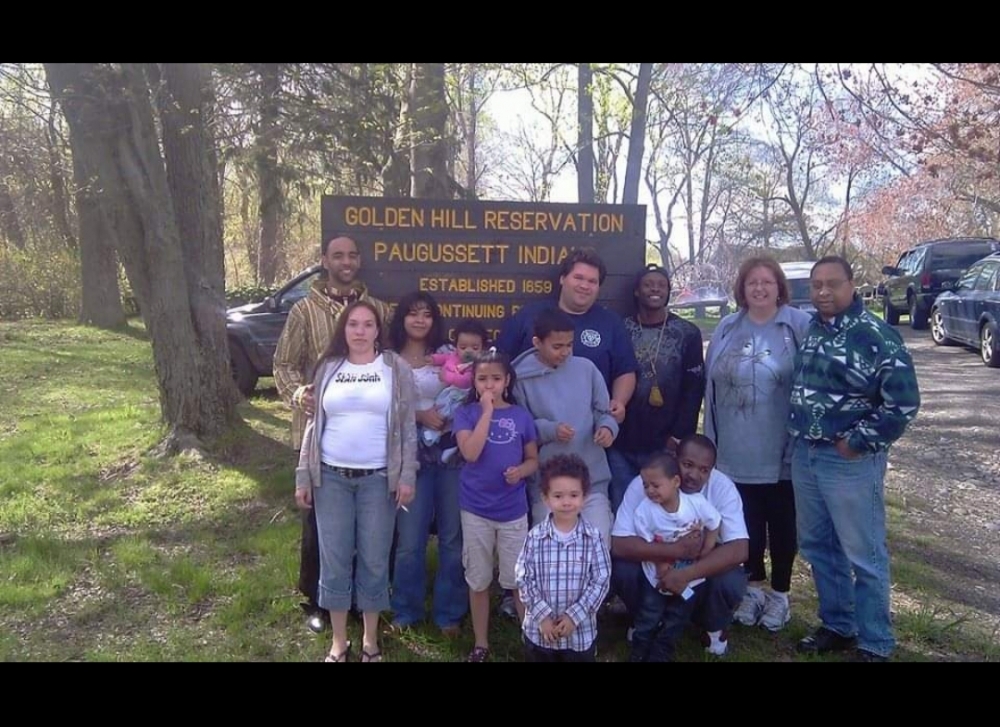 The Golden Hill Paugussett Tribe sits on just a quarter of an acre in Trumbull, Conn., where Clan Mother Shoran Waupatukuay Piper lives. The rest of the 150- or so member tribe lives an hour away, on a plot of land in Colchester.

Although their physical presence is small on a map, their history is long: the tribe is the oldest continuously operating one in the state, dating back to at least 1659. Despite their well-documented history, Piper has not been able to gain federal recognition for her tribe. That lack of recognition is acutely felt in times like these, when they may need federal support most: during a global pandemic and an international economic recession.

“We meet all criteria that is on the application and list to apply for federal recognition plus more, and it just comes down to money and politics,” she said, likely referring to past applications that were rejected because of political pressure from the wealthy Connecticut towns surrounding the reservations, the New York Times reported in 2004.

Although federal recognition is an often-covered issue in Indian Country, the coronavirus pandemic has breathed new life into the challenges many tribes face. Local reporting has revealed that tribes who lack federal recognition are denied not only the potential funding opportunities afforded to federally recognized tribes but also resources to prevent or contain Covid-19 outbreaks, such as personal protective equipment, testing sites and tracking of cases and other pertinent data.

To be federally recognized, tribes must undergo a lengthy and expensive process that can take years or decades and cost potentially millions, Lorinda Riley, a professor at the University of Hawai’i at Manoa with Native Hawaiian and Cherokee ancestry said in an email.

The process is also highly politicized, as Piper mentioned. “State officials have stepped in to try to prevent recognition of tribal entities in their state. This is likely due to the concerns that a newly recognized tribe will want to build a casino, which may upset surrounding residents and compete with state lottery schemes,” Riley wrote. She added that this politicization has meant that tribes now have to hire experts to conduct in-depth “anthropological, historical and genealogical research” and lawyers to prove their case for federal recognition.

The U.S. government has created two pathways to federal recognition. “One is to persuade Congress to pass a law extending federal acknowledgement, and the other way is to go to the Department of the Interior... and go through an administrative process persuading the Department of the Interior that the tribe meets certain criteria,” said Matthew Fletcher, a law professor at Michigan State University and a citizen of the Grand Traverse Band of Ottawa and Chippewa Indians. “Those are incredibly onerous and lengthy, time-consuming and often very expensive ways to go about acquiring or earning federal acknowledgement.”

Part of that expense goes to the grant writers and lawyers tribes often hire with specialized knowledge to aid in the process. “You have to have, unfortunately, some real bureaucratic savvy, and certainly grant writing is number one,” Sam Cook, director of American Indian studies at Virginia Tech, said. “The first thing that each of these tribes does or should do is hire a tribal administrator whose sole task is going to be to deal with all of the bureaucratic management and grant writing. Tribes want that person to be of their own nation, but that's very difficult sometimes to find somebody that's got the experience.”

But in doing so, tribes must be willing to participate in a system that was designed to oppress them. “Those who go in understanding that the system is rooted in colonialism are the ones that do best,” Cook said. He added that once they’re recognized, they also don’t get support for how to best utilize these federal resources.

That’s exactly what Piper did. Because The Golden Hill Paugussett Tribe has applied for federal recognition before, she said the tribe is not allowed to apply again. “That's where they get you,” she said. “There's no tribes that haven't applied. Everybody has millions and millions of times.” She’s now working with a lawyer along with another tribe to scrap that rule.

Although the tribe has state recognition, which provides its members with hunting and fishing licenses and maintenance on the two reservations, Piper said the benefits are not nearly as helpful as they would be if the tribe were federally recognized. Federal benefits include access to the Indian Health Service, the protections provided by the Indian Child Welfare Act, Department of Housing and Urban Development grants, and education and language grants. As a state-recognized tribe, she estimates she’s receiving only 25 percent of the benefits awarded to federally recognized tribes.

Covid-19 has made this shortfall all the more obvious. Although they have avoided an outbreak of the virus, the only help the tribe has received, through a donation, was a supply of masks and hand sanitizer for veteran tribal members and their spouses. Grant applications have so far yielded no results. “Every time an application came out, by the time you got to it, it was due in like two days,” she said. “There wasn't enough funding.” Some of the applications required federal recognition as well.

Now that the Native unemployment rate has hovered around 12 percent in the last six months, Piper would have used funds to check in on the tribal members, ensuring everyone has food, heat and paid bills. Many members are applying for oil discounts this winter to keep their homes warm.  Because they won’t be receiving funds, “we basically had to take care of our own,” she said. “If you need anything, food, [asking] ‘What do you need?’ You know, getting it to each other, checking on each other, and that's what we do anyway, all year round.”

The Lumbee Tribe, a 50,000-member organization in North Carolina, made headlines for both its high number of Covid-19 cases and its testing pop-up, but it wasn’t aided by federal funds. Instead, actor Sean Penn’s charitable organization, CORE, stepped in to set up the testing centers.

“Without the same resources and access that the other tribes have, we have to be a little bit more creative, so we've created some of these partnerships with private organizations,” said tribal member Danielle McLean, who serves as legal and compliance officer for the Lumbee Tribe.

Although the tribe has been fighting for federal recognition since 1888, this time, McLean is feeling optimistic: the bill that would federally recognize the Lumbee Tribe recently passed the House and a companion bill is moving into the Senate with some bipartisan support.

The Lumbee Tribe receives some federal funding from HUD, but not much else. As the population reels from two major hurricanes, the pandemic adds yet another level of stress for its members. “There's so many avenues for federal funding and federal assistance that had we been fully federally recognized that we would have been able to access,” McLean said. “Things like the natural disasters that we've experienced, and of course, Covid, just shone an even greater light on the unfair treatment that the Lumbee have received.”

Ultimately, McLean wants federal recognition to grant the tribe autonomy over how it spends its funds. “Being able to access other money is another part of self-determination,” she said. “Our people are in the best position to create programs or know what our people need.”