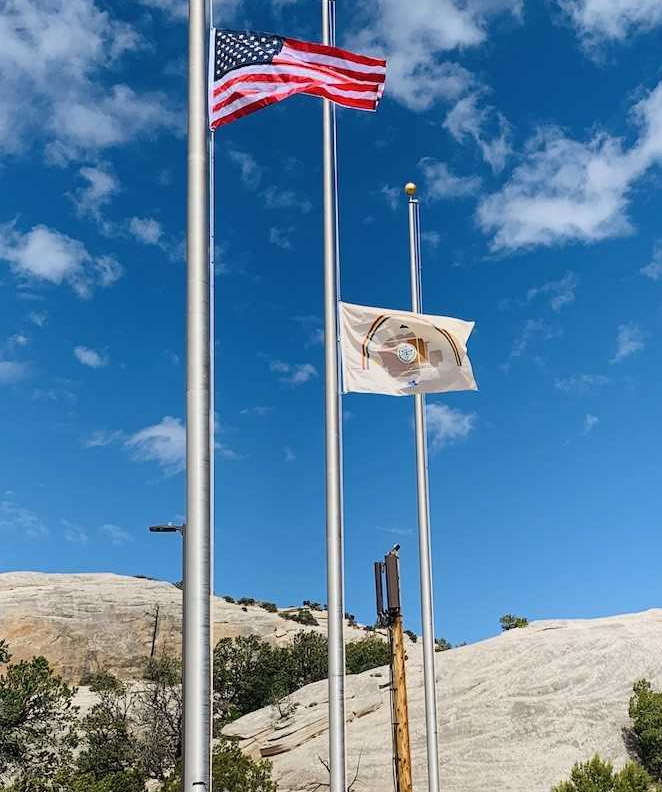 WINDOW ROCK, Ariz. — The Navajo Nation will honor and remember the lives of two soldiers who died at the Fort Hood Army Base in Texas by lowering flags to half-staff on Tuesday throughout the Navajo Indian Reservation.

On Monday, Navajo Nation President Jonathan Nez and Vice President Myron Lizer issued a proclamation calling for all flags to be lowered in honor of U.S. Army PFC Corlton L. Chee and U.S. Army Spc. Miguel D. Yazzie, both of whom died recently at Fort Hood. 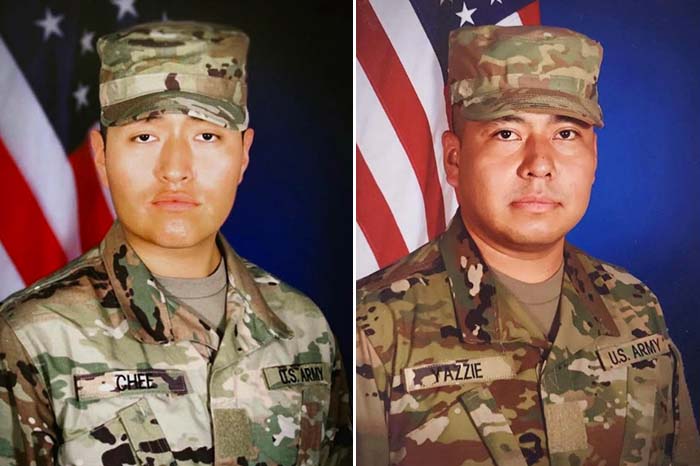 PFC Corlton L. Chee. & Spc. Miguel D. Yazzie.
“Flags on the Navajo Nation will be flown at half-staff to honor and remember the lives of PFC Corlton Chee and Spc. Miguel Yazzie, who sacrificed and dedicated their lives to service and protecting the Navajo Nation and the entire country. We also recognize and thank their families for everything they have given as well, and we offer our condolences and prayers for them. We ask our Creator to bless them with strength and comfort as they seek answers and grieve for their loved ones. We will continue to support the families as we seek closure and answers in relation to their untimely passing,” President Nez said.

The leaders of the Navajo Nation have called for a congressional inquiry and investigation. The families stated that they suspect that foul play may have contributed to the deaths of PFC Chee and Spc. Yazzie, who are among the 28 military personnel that have died this year while stationed at Fort Hood Army Base.

A burial service for PFC Chee will be held Tuesday in Gallup, N.M. Guests are limited to close family members due to risks associated with COVID-19.