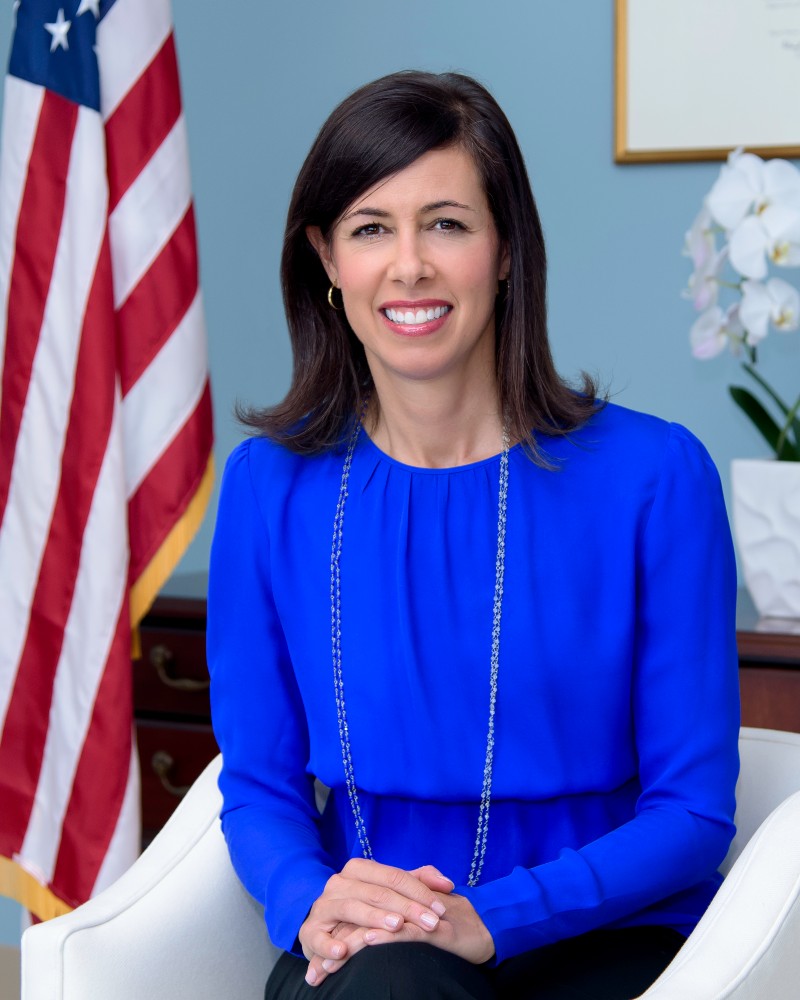 Native News Online: Tell us about the Affordable Connectivity Program, especially as it relates to tribal nations.

Rosenworcel: The Affordable Connectivity Program is the nation's largest ever broadband affordability program. It's just really exciting, because we've never had a program this big. It's historic. And it really was an outgrowth of the pandemic, that [we] started to realize that broadband service Internet access is just essential to try to keep up with modern life. So we set up a program last year that helps support Internet access in low income households, households that are on SNAP, Medicaid, that have kids on the free and reduced lunch program at school, students with Pell grants, a whole bunch of ways you can qualify. It's made a meaningful difference. Today, we're announcing that 10 million households have signed up for this program in less than a year. I know that some of our signups have been on tribal lands. I held an event with the president of the Navajo Nation last year. And I recall after that event, I had a tremendous streak where they signed up lots and lots of people. So we are connecting households, including on tribal lands.

Native News Online: How in particular, does this program support folks on tribal lands and in tribal nations?

Rosenworcel: In general, the program provides $30 a month support for broadband service. But if you live on tribal lands, that number goes up to $75 a month. And nationwide, we've got more than 1,000 internet service providers participating. So the odds are, no matter who you are, or where you live, there is a company that's going to be able to help you out and help you get online.

Native News Online: How does it support citizens of tribal nations in getting connected?

Rosenworcel: A really terrific thing is that many of the internet service providers that are participating offer a $100 discount off of a tablet, or a computer. So there's even a discount to make sure people get the devices they need to fully participate in online life.

Native News Online: Is there any money available in this program to, for example, install broadband or increase broadband service area in more remote areas?

Rosenworcel: I'm so glad you brought that up. I've traveled in tribal areas, and New Mexico, Washington State, Nevada, and on Hawaiian Homelands and Alaska Native lands. And you know, some of those places are just beautiful, but they're often remote. We are going to have to do work to make sure that we have the infrastructure present in all of those places, so that the communities can fully connect. And the FCC is doing some work on that. But the really big ticket item is President Biden’s Bipartisan Infrastructure Law that just passed, which has more than $65 billion that it's going to make available to communities across the country to make sure that infrastructure is present. So if you combine those deployment efforts with this affordability program, I think we're on our way to getting 100% of this country connected and that includes our tribal communities.

Native News Online: With this Affordable Connectivity Program, how long is this good for? Is there a time when that money will run out?

Rosenworcel: When this program started, it was an emergency program in the height of the pandemic, but with President Biden’s Bipartisan Infrastructure legislation, Congress has made it permanent. Right now the FCC has more than $14.2 billion. I think that this is going to become a permanent feature of our communications policy in this country, because we've all recognized we’ve got to get everyone connected, so that we have, you know, the creativity and genius of everyone participating in civic and commercial life and having an online access is really part of that.

Native News Online: What else do you want to add that is specific to tribal nations?

Rosenworcel: I spent some time in New Mexico with some tribal libraries. And they were connected using an FCC program called E-Rate. E-Rate is a program that helps libraries, rural, urban, and everything in between, get high speed connections. And it was extraordinary. These were communities that were changed by having high speed service. And I want to see if we can make sure we get every single tribal library connected in this country, and do what I saw happen at those libraries in New Mexico. And I'm going to be talking to the Secretary of the Interior about that. And hopefully, as this pandemic passes, visiting more tribal libraries, I think getting those connections to those institutions can change communities, and can also drive down the cost of expanding the infrastructure to the people who live nearby. So I want to make that a priority during my time at the FCC. And I'm hopeful that with new funds and the old E-Rate program, we're going to be able to do it. But the bottom line is every single library on tribal lands should be connected to really high speed internet. I think it's something that's within reach. But it's going to take some focus and effort.

Native News Online: That's exciting news. Is there anything else you want to add?

Rosenworcel: When the Navajo Nation came to us and asked if we would hold a virtual session with them to talk about our broadband affordability programs, we said yes, [and] we cleared the calendar. And I want to make clear to every tribe that we are willing to do the same kind of thing–virtually of course, right now. But I know that when people hear from trusted individuals in their communities about programs like the ones that we’re running at the FCC, they're more likely to avail themselves of it and use it. I'd love to be able to do more like what we did with the Navajo Nation.

Native News Online: And what's the first step tribal members need to do to reach out to learn more?

Rosenworcel: They can go to the webpage for the FCC fcc.gov/ACP. There's information there about the Affordable Connectivity Program, and ways to sign up. They can also reach out to my office at the agency, and we'll be happy to put them in touch with the right people. You know, it's the FCC. I answer my own phone calls. I read my email. We believe in electronic communication.