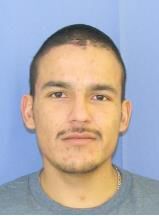 LODGE GRASS, Mont. — The FBI is on the lookout for Darnell Lee Not Afraid, 36, in connection with shooting on the Crow Indian Reservation on Sunday, March 14, 2021. The Salt Lake City FBI Field Office issued a press release on Tuesday evening identifying Not Afraid, was involved in an officer-involved shooting early Sunday.

Not Afraid is a tribal citizen of the Crow Tribe. He is five feet six inches tall, weighs 160 lbs., with brown eyes and brown hair. Not Afraid has tattoos on his chest, finger, left hand and right arm.

His condition is unknown at this time.

This is an ongoing investigation.