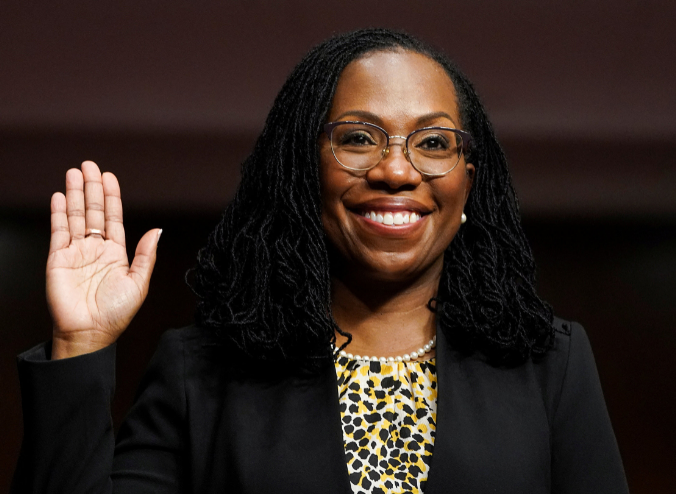 In a letter released on Monday, the National Congress of American Indians (NCAI) and the Native American Rights Fund (NARF) expressed their support for nominee Judge Ketanji Brown Jackson’s confirmation to become an associate justice of the U.S. Supreme Court.

Judge Jackson was nominated by President Joe Biden on Feb. 25, 2022 to become the next Supreme Court associate justice. When confirmed, Judge Jackson, the first Black woman nominated to the U.S. Supreme Court, will take the place of retiring Associate Justice Stephen Beyer.

Part of the letters states:

“While Justice Jackson has limited experience in federal Indian law, she has expressly acknowledged the 'sovereign-to-sovereign relationship' between the United States and Indian tribes and 'special trust relationship between Indian tribes and the federal government.' We hope Judge Jackson continues to build on this understanding, especially with the several cases that are coming before the U.S. Supreme Court next term that will impact Tribal Nations. It is critical that Supreme Court justices understand the political status of Tribal Nations and the unique context, history, and application of federal Indian law to support tribal government sovereignty. We welcome the opportunity to further support this engagement and education.”

“Based on her qualifications, integrity, and respect she has throughout the legal profession, we believe that Judge Jackson is uniquely qualified to serve on the U.S. Supreme Court. Our federal courts and especially the highest court in the United States must be more representative of the governments and people they serve. NCAI and NARF support the nomination of Judge Ketanji Brown Jackson and call for her swift confirmation," the letter further reads.

With the nomination of Judge Jackson, there is hope that advancements for Native people will be made as well.

“We hope that this historic appointment will continue to open doors for qualified Native American justices across the federal bench and Supreme Court," the letter urges.

The letter is addressed to Senator Durbin and Senator Grassley, Chairman and Ranking Member of the Judiciary Committee. It is signed by Fawn Sharp, President of NCAI, and John E. Echohawk, Executive Director of NARF. CC’d on the letter is Senate Majority and Minority Leaders Senator Schumer and Senator McConnell.