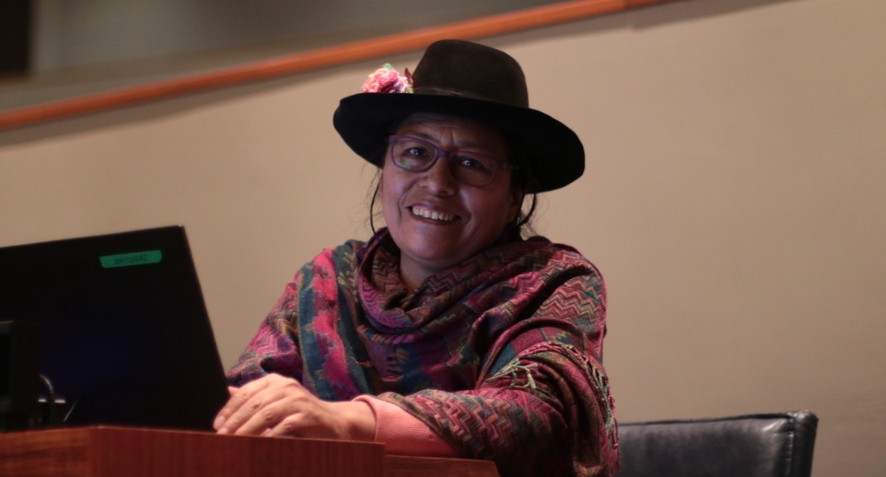 NEW YORK—Today was all about autonomy.

On the second day of the two-week long United Nations Permanent Forum on Indigenous Issues, states, sovereign nations, tribal governments, and nonprofit organizations weighed in on the significance of a term many delegates referred to by its acronym, FIPC—free, prior, and informed consent.

But FPIC is often in direct contrast with a nation’s private sector, and economic development.

A delegate from the Sámi Parliament of Finland and Chief Francis Laceese (Tl'esqox) from the Tsilhqot’in Nation in B.C. both spoke about huge mining projects on Native land.

“In Finland, the mining companies have lately been granted several explorations and reservations to large areas in the Sámi territory,” the Sámi delegate said on Tuesday.  “Although this is just the first step in the process of … establishing the mine, for reindeer herders, receiving news that a data mining company has made a reservation on their ancestral lands is like receiving a death threat.”

Chief Francis Laceese, one of six chiefs that make up theTsilhqot’in Nation, said Indigenous people are still fighting every day for their survival.

“The time for talk is over,” he said. “Government and industry are still taking whatever they can from our lands every day. That's the way it is.”

While many of the testimonies struck similar chords to Laceese’s, others—such as those from the Vatican’s Holy See delegation (identified by its own digital nameplate, whereas every Indigenous organization—including sovereign tribes—were simply identified as “Indigenous Peoples Organization”), as well as delegates from authoritarian governments of China and Russia, sounded hollow in light of current truths.

Similarly, the delegate from China said his country “fully supports the rights of Indigenous People through free, prior, and informed consent,” later adding that the Chinese government requires FPIC in oversea development projects.

This, backdropped by the Chinese government’s known, ongoing human rights violation— the genocide of their own Indigneous ethnic group in Northwest China, the Uyghurs— has delegates around the room exchanging knowing glances.

While other member states used their opportunity to speak to express their support for their Indigenous peoples, I later heard murmurings of annoyance for states talking politically with very little actionable outcomes.

National Congress of American Indians President Fawn Sharp called the implementation of FPIC the “paramount issue” facing Indigenous peoples in the United States and across the world. She called on Permanent Forum former co-chairs to meet with Indigenous people to create “meaningful and actionable steps.”

“This right is inherent, indivisible and absolute,” Sharp said. “Indigenous peoples must have the absolute right, the inherent right, to determine our futures freely without external interference.”