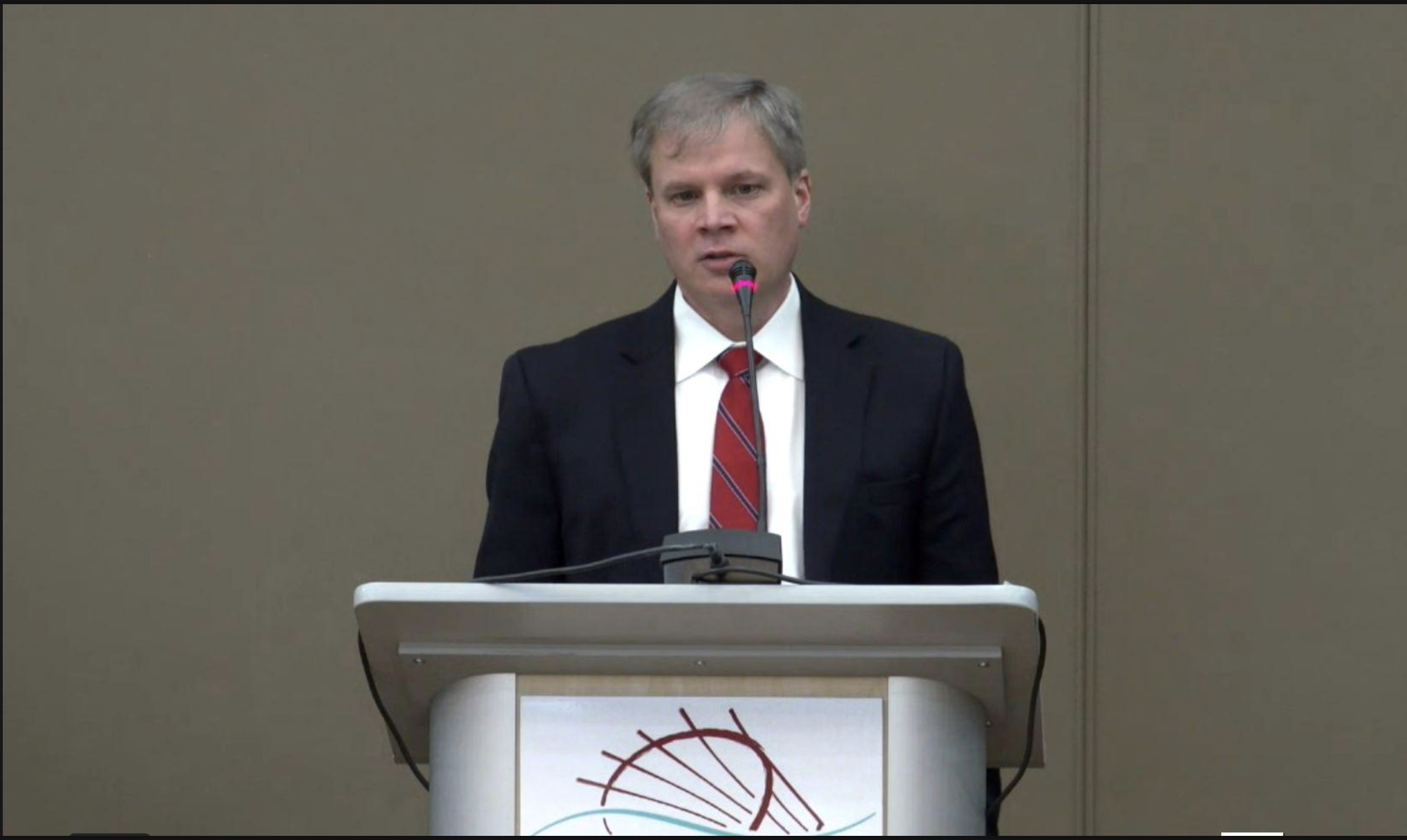 This story was originally published by KNBA on December 15, 2021. Read the original story at KNBA. Republished by Native News Online with permission.

The second and final day of the AFN convention is packed with guests and big conversations.

Sponsors of a ballot initiative took the opportunity to say their piece on why tribal recognition in the state is long overdue.

Multiple attempts to pass a bill through the Legislature were unsuccessful. A tribal recognition bill was passed this year in the House but never went to a vote in the Senate.

Chalyee Éesh Richard Peterson is the president of the Central Council Tlingit and Haida Indian Tribes of Alaska. He’s also one of the initiative’s sponsors.

“A bill that did come forward from Rep. Tiffany Zulkosky to recognize tribes couldn't make it because they were unable to really just get their business done. We thought it was better to just, let's put this in the hands of the people.”

The initiative wouldn’t give tribes any new power, since they are inherently sovereign. Instead, the initiative aims to have the state acknowledge that sovereignty.

To make it on next year’s ballot, the initiative needs over 36,000 signatures within a year after being approved. Two months in, over a third of those signatures have already been gathered.

Former Sealaska CEO Chris McNiel talked about the need to restore aboriginal hunting and fishing rights as the Alaska Native Claims Settlement Act – as well as the relationships between Alaska Native corporations and Tribes.

"It is not just any federal law. It was established under federal Indian law, and it really does stand in equal position to the Indian treaties and doesn't diminish the writer anyone else. It's just different. And so it's very important for us to see this as we move forward and how we describe our selves and really importantly, how we write our own history."

"Investing in Indigenous peoples will not alone solve all the challenges we face. Many of the disparities for our people stem from marginalization and oppression. I fully believe that by recognizing those dark pages in our history books, we can heal and create a future we can all be proud to embrace. That's why we are putting the power of the Federal government behind the work. To address the Murdered Indigenounus Peoples Crisis, and establishing the Not Invisible Act Commission. Which will include representatives from Alaska Native communities. In addition, we are undertaking the Federal Indian Boarding School Initiative. To heal from the terribile impacts that Indian boarding schools have had on our communities."

Ingrid Cumberlidge is the Alaska coordinator for the Missing & Murdered Indigenous People’s office. After a number of listening sessions with Tribes and communities, Cumberidge talked about the response from those communities

"The cultural understanding was really, how are we going to handle our remains? The definitions were all the definitions associated with him and my came from Operation Lady Justice. The training opportunities again, what the what tribes wanted for their search and rescue and all sorts of things. And then the victims services. We know this is a big resource. There's been a lot of money put into Alaska. How do we get these connected with all the other response agencies was a part of that discussion."

“What is tribal compacting really mean? Well, the concept is we're a the state would contract, let's say, with a community and a tribe in rural Alaska to come up with a charter charter school concept, and we're still working through this with AFN,” Dunleavey said during the panel “They’re are partners in this. But the long and short of it is the idea that we get more parental involvement in the education of kids. We get more direct hands-on involvement by community members and the actual governance of the school. And the idea is that by doing this, we're going to hope that we will get better outcomes for all of our kids, and this will set them on a trajectory that will ensure a positive future.”

Alaska Department of Education Commissioner Johnson talked about why the educational compact is so crucial for Alaska.

"Our education system has not had a positive impact on Alaska Native languages and culture and outcomes. So our character and our conscience now require that we do something. And finally, as the governor mentioned, it's been a difficult couple of years, but what we have seen."

Another interested partner in education is the First Alaskans Institute and their annual Elders and Youth conference. Liz Medicine Crow talked about some of the important resolutions and what came out of this year’s conference.

"We have critical issues that our young people and our Elders talk about and engage with, from intergenerational healing to boarding schools and returning our ancestors from Carlisle and other boarding schools to behavioral health issues for our youth and support for them across the state about funding for and reclaiming our education systems, making sure that our cultures and especially our languages are accessible in every single school across the state."