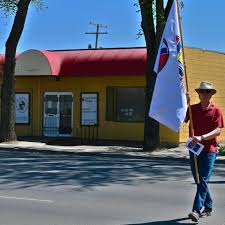 REGINA, Sask. — The Coalition of Aboriginal Peoples of Saskatchewan (CAPS) is working to increase awareness of self-government and self-determination for urban Aboriginal peoples in Regina.

The outreach and engagement program is being delivered in Regina, Prince Albert, North Battleford and Saskatoon. The participants involved are urban Aboriginal peoples who are part of the rapidly growing urban population in Saskatchewan’s cities.

As part of its outreach and engagement program, CAPS in hosting an event on January 11, 2020, from 2 pm to 6 pm at the Indigenous Christian Fellowship, located at 3131 Dewdney Avenue In Regina.

“So many Aboriginal people are unaware of the rapid transformation that is taking place in Regina with many of our people choosing to live here and advancing new and exciting models of self-government,” said John Hanikenne, president of CAPS.

“Participants in the outreach and engagement sessions want to ask questions on the forces shaping urban Aboriginal politics in Saskatchewan. With the majority of the Aboriginal population in Saskatchewan now living off reserve and primarily in urban centres, it’s urgent to get on with this work,” said President Hanikenne.

At the international level, Canada will be required to implement their obligations under the United Nations Declaration on the Rights of Indigenous People, including those relating to self-government and self-determination. “Our work is rooted in the Declaration which is a cornerstone in advancement for urban Aboriginal Peoples,” said John Hanikenne.

CAPS is a political advocacy organization representing the rights and interests of status and non-status Indians living off-reserve and Métis. Founded in 2006, CAPS is an affiliate member of the Congress of Aboriginal Peoples, which is one of the five national representative Aboriginal organizations in Canada.