Cleveland MLB Team Name to Change from 'Indians' to 'Guardians' 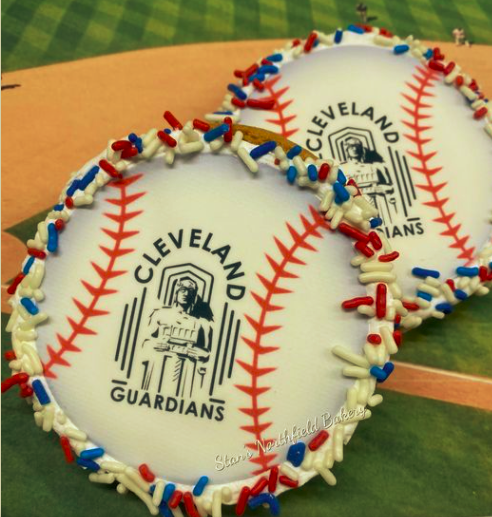 CLEVELAND — The Cleveland Major Leaugue Baseball team announced on Friday it will drop the "Indians" name after over a 100 years at the end of the current baseball season. The team will be named the Cleveland Guardians next season.

The Cleveland MLB franchise announced the name change with a video on Twitter narrated by actor Tom Hanks.

The fight to have the "Indians" name dropped by the team began over 50 years ago by the Cleveland American Indian Movement (AIM) in response to the wishes of the local Native community, elders and leaders in the Nations, according the organization's website.

The team's decision comes seven months after its decision to retire its long-used “Indians” name and mascot, a decision it reached following an extensive process to engage with and learn from tribal leaders, leading scholars, local and national Native organizations, and community stakeholders.

The National Congress of American Indians (NCAI) released a statement on Friday morning that commends the team's decision to change the name to the "Guardians."

“With today’s announcement, the Cleveland baseball team has taken another important step forward in healing the harms its former mascot long caused Native people, in particular Native youth,” NCAI President Fawn Sharp said. “We call on the other professional sports teams and thousands of schools across the country that still cling to their antiquated Native ‘themed’ mascots to immediately follow suit. NCAI also looks forward to continuing its work with the Cleveland Guardians to help grow the national movement of respect for Tribal Nations, cultures, and communities, a movement that values, teaches, and validates who Native people are today, what makes us unique, the many important contributions we make to this country, and our rightful place in the diverse mosaic that is America.”

“Cleveland’s announcement today that they have officially changed their team name to Guardians is a welcomed one. Cleveland’s leadership was the first to begin the process of not only eliminating harmful mascots and team names, but also proof that eliminating the use of Native American imagery in sports is possible. It is a major step towards righting the wrongs committed against Native peoples, and is one step towards justice. Both Cleveland and Washington are proof that it’s not a matter of if mascots can change, it’s when. How much longer will the Kansas City Chiefs, Atlanta Braves, and Chicago Blackhawks pretend that change isn’t inevitable? The NFL, MLB and NHL must urge these franchises to stand on the right side of history.”