Cleanup Set to Begin at 24 Uranium Mines on Navajo Nation 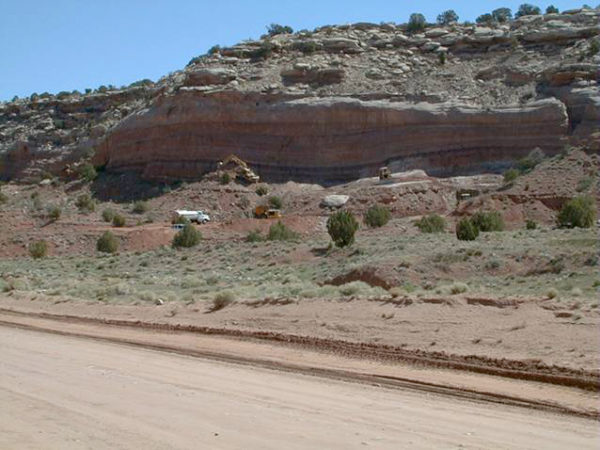 WINDOW ROCK, Ariz. — Clean-up of 24 abandoned uranium mines is set to begin this April after the recent signing of an addendum to the 2016 Phase 2 Settlement Agreement between the United States and the Navajo Nation. The settlement provides funding and resources for the clean-up of 30 abandoned mine sites in total.

While this signing is significant, there are over 500 abandoned uranium mines on Navajo Nation. From 1944 to 1986, nearly 30 million tons of uranium ore were extracted from Navajo lands under leases with the Navajo Nation. Today, the mines are closed, but a legacy of uranium contamination remains. The abandoned uranium mines pose potential health effects on Navajo citizens that include lung cancer from inhalation of radioactive particles, as well as bone cancer and impaired kidney function from exposure to radionuclides in drinking water.

“We are pleased to be moving forward with the long-overdue clean-up of 24 additional uranium mine sites,” Navajo Nation President Jonathan Nez said. “Recently, Vice President Myron Lizer and I met with the U.S. EPA Region 9 and we urged them to prioritize Navajo businesses in the remediation of these sites to help our local Navajo economy,”

Under the 2016 agreement, Addendum 1 established the funding and listed the first 13 sites situated in the communities of Cameron and Coalmine Canyon and for one water study to be conducted at the Claim 28 site in the Tachee/Blue Gap.

The 24 abandoned uranium sites are combined into 17 remedial site evaluations identified under Addendum 2 of the Phase 2 Settlement Agreement are located in the communities of Tselani/Cottonwood, Black Mesa, Tachee/Blue Gap, Teec Nos Pos, and Tółikan, and one water study in the area of Teec Nos Pos and Tółikan. The agreement estimates costs to total over $16.7 million to address the 24 sites and the water study.

“As these clean-up efforts continue, we will continue to call upon the federal EPA to provide thorough and timely reports that provide for transparency and accountability to our Navajo people and all communities. We look forward to working together with the federal government to ensure the completion of the clean-up efforts,” added President Nez.