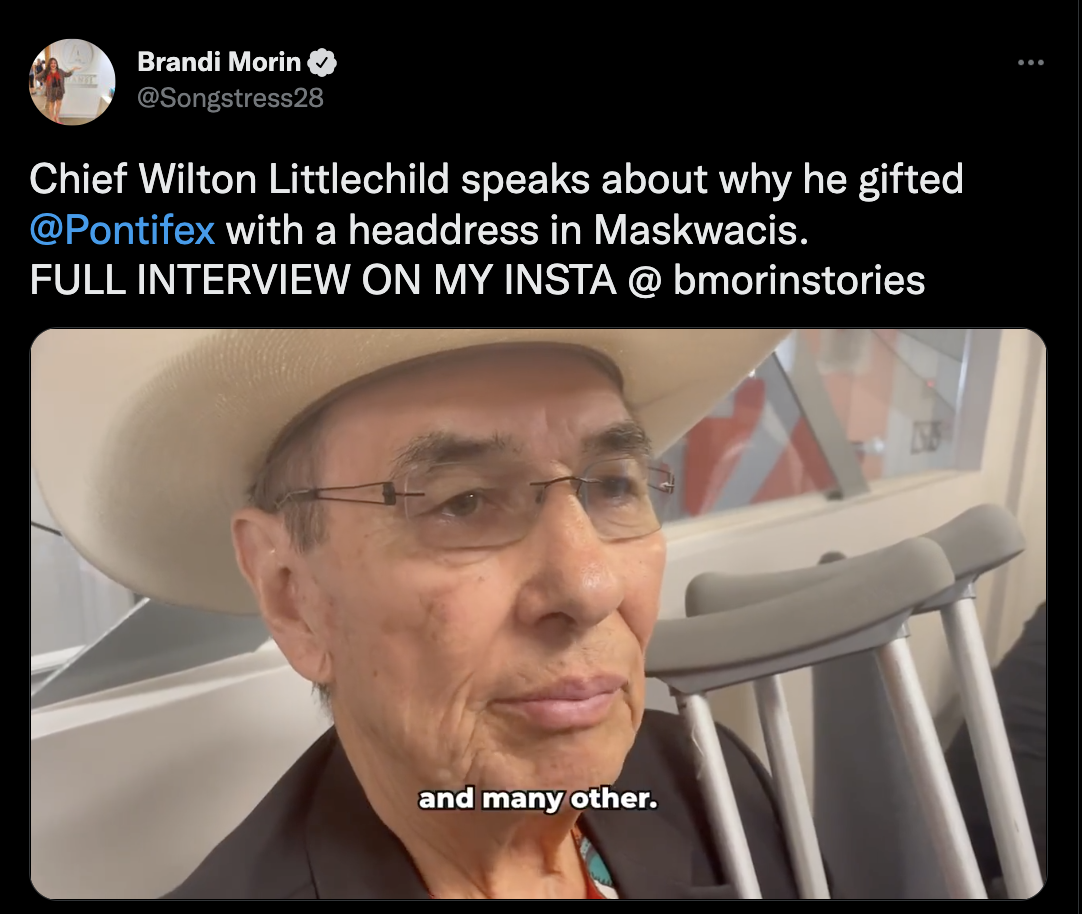 Brandi Morin, an award-winning Cree, Iroquois, and French journalist, interviewed Chief Wilton Littlechild to talk about why he gifted Pope Francis a headdress.

Here’s what he had to say:

“One of the things I learned that being raised by my grandparents, is you don’t criticize other traditions, other culture’s traditions. And in our traditional way, you would welcome a visitor of high dignitaries, and many other tribes have given headdresses to a lot of other people like ministers and senators and business people.”

“We decided at home, as a community, to welcome him with a gift because he came into our territory. We were actually flabbergasted that he chose us because there were three site visits from Rome. All across the country, and we were picked, and we didn’t lobby for it. We were just chosen to be the one where he would give his apology.”

He also repeatedly said the exchange was “tradition.”

Chief Wilton Littlechild speaks about why he gifted @Pontifex with a headdress in Maskwacis.
FULL INTERVIEW ON MY INSTA @ bmorinstories pic.twitter.com/E9y65CdqB4

Author: Neely BardwellEmail: This email address is being protected from spambots. You need JavaScript enabled to view it.
Neely Bardwell (descendant of the Little Traverse Bay Bands of Odawa Indian), who began as an intern with Native News Online during the summer of 2021, is a freelance writer. Bardwell is a student at Michigan State University where she is majoring in policy and minoring in Native American studies.