SACRAMENTO, Calif. — New state legislation in California targeting suicide prevention could stand to benefit communities like Humboldt County, where the suicide rate among Native youth is three times higher than the state average.

On Aug. 31, the California Legislature sent a new bill titled AB-2112 Suicide prevention (2019-2020) to the governor's desk. If signed, the legislation would allow the State Department of Public Health to create California’s first suicide prevention office.

The bill was introduced by Assemblymember James C. Ramos, a resident and immediate past chairman of the San Manuel Band of Mission Indians (Serrano, Cahuilla), with Assemblymembers Joaquin Arambula and Marc Berman and Senators James Thomas Beall Jr. and Melissa Hurtado serving as principal co-authors. In a California State Assembly press release, Ramos said the bill would help California meet the state’s suicide crisis, which has been exacerbated by the coronavirus pandemic.

Among its other mandates, AB-2112 would provide strategic guidance to statewide and regional partners regarding best prevention practices, require the new office to focus resources on the high-risk groups such as youth, Native American youth, older adults, veterans and LGBTQ persons, and conduct state evaluations of regional and state suicide prevention policies. 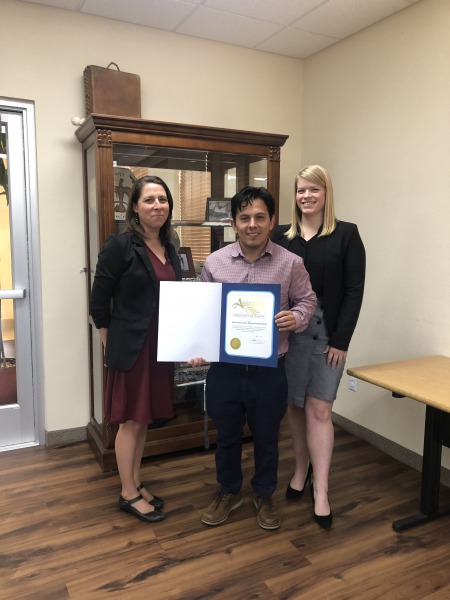 Dr. Virgil Moorehead Jr., executive director of Behavioral Health Services at TF-NAFS and a member of the Big Lagoon Rancheria (Yurok, Tolowa Dee-ni’) described TF-NAFS as striving to provide more intensive, cultural-based service access to the kids and families who have not been consistently reached by other providers in the county.

“It’s often those who are struggling the most and need services the most that don’t get the services. We’ve been creative in reaching those families and kids,” Moorehead said, noting that the people who were the hardest to reach before the pandemic continue to be the most difficult to reach.

Moorehead explained that, in 2018, Humboldt County had the second highest suicide rate in the state, which was twice the state and federal rates, and out of all the groups in Humboldt, the collective number of tribal members experience suicide rates at three times the state average. The most at risk are those aged 15 to 24, and in many Native American communities, the rates are about 3 to 4 times higher than all other groups of people, according to Moorehead. Girls attempt suicide more often and boys more often complete it.

Because Native youth are in one of the top suicide risk groups, TF-NAFS recently began implementation of a five-year teen suicide prevention program “Chekws: Hope for Tomorrow” (Chekws is related to “heart” in the Yurok language). The program stemmed from a $3.7 million Garrett Lee Smith State/Tribal Youth Suicide Prevention and Early Intervention Grant.

Regarding a statewide office of suicide prevention, Moorehead stressed concern for the state doing “business as usual” around mental health. To understand how to change the rate of suicide, he noted, the state could instead focus on the social determinants of health and the politics and history of what happened to Indigenous people. He would like to see a commitment from the state that is long in duration and innovative, which could include prevention, jobs and school curriculum.

“We have to look at mental health differently in the state of California to change some of these intergenerational cycles that continue to lead to suffering in many Native Communities,” he said.

Between Sept. 15-18, Moorehead will co-emcee the 2nd Annual Native Youth Mental Health and Wellness Conference with Yahmonee Hedricks. The virtual suicide prevention program is sponsored by California Indian Health Services and the conference will include youth-driven, youth-focused information for program administrators and providers. The event, out of Stanford Medicine, is open to the public.