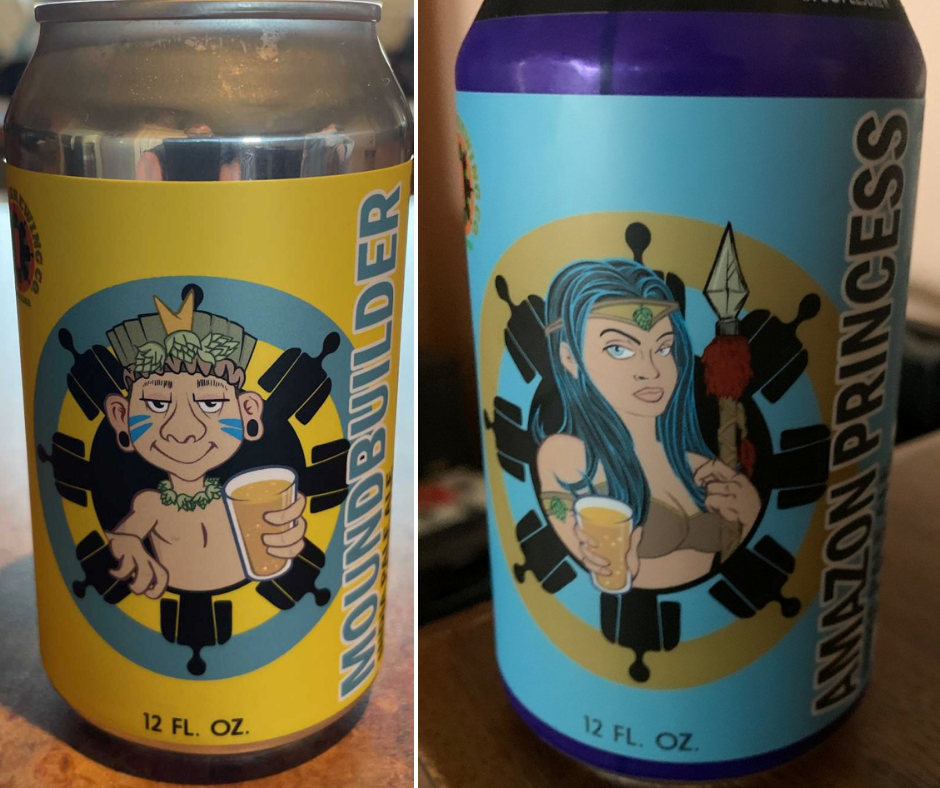 A midwestern brewery has decided to rename two of their products after a messaging strategy organized by the American Indian Movement True People of Indiana and Kentucky (AIMTPIK) Sanctioned Chapter.

“We were informed of the use of racist imagery and inappropriate names at the People’s Brewing Company in mid January,” said AIMTPIK Director Rachel Thunder to Native News Online. “We launched a social media campaign that led to many people across Indian Country calling and writing the brewery to see this shift and we kept pressure here at the local level.”

Mound Builder IPA has an image with caricature of a brown Indigenous man dressed with hops in his headdress and around his neck, with streaks of blue paint on his cheeks, holding a glass of beer. Amazon Princess IPA has a female caricature wearing hops on her arms and on a headband with a glass of beer in one hand and a spear in the other.

“For too long, our people have been stereotyped by racist imagery,” added Thunder. “This imagery is not only extremely disrespectful, but damaging and dangerous to our communities. They mix our cultures and act as though we are past history—we are very much still here.”

According to the company’s website, Mound Builder IPA has been in production since 2011. On the Drizly website, the product is described as an “American Style India Pale Ale. We used an American base malt with the addition of Caramalt to give this now classic style a redish hue. Mound Builder includes an aggressive use of Columbus hops, which is a high alpha hop with a full flavor profile, and Centennial hops.”

After a few days of initial contact, the People’s Brewing Company responded to AIMTPIK and informed the organization that the company would remove the images and rename the products immediately.

“We are going to immediately begin the process of removing these logos and looking at all of our brand logos to be sure that they are in line with our goals of promoting inclusion,” said People’s Brewing Company Co-Founder Chris Johnson in an email to Native News Online. “We have learned a lot about the mistakes that we have made by listening to the many people that have reached out to us recently about these products.”

According to the company’s co-founder Johnson, the company strives to bring people together around beer, to make everyone feel welcome, and to promote inclusion through their products. Their branding reflects aims to highlight historical significance of the area—the Midwest, or Indiana. “We failed to realize that these images were not cultural sensitive to current and past stereotypes and that’s where we fell short of our goal,” Johnson said.

“We apologize and are thankful that these points have been brought to our attention.,” said Johnson of the company’s future. “We know we can do better.”

The People’s Brewing Company has made immediate plans to remove all images, and due to the cost and size of the business, it will take a couple of months for images to be completely removed. Labels for Amazon Princess IPA have been reordered without the cartoon, but once it sells out it will be discontinued for production. Labels without the caricature for Mound Builder IPA have been ordered, but until the company finds a new name, it will still be sold under the same name.