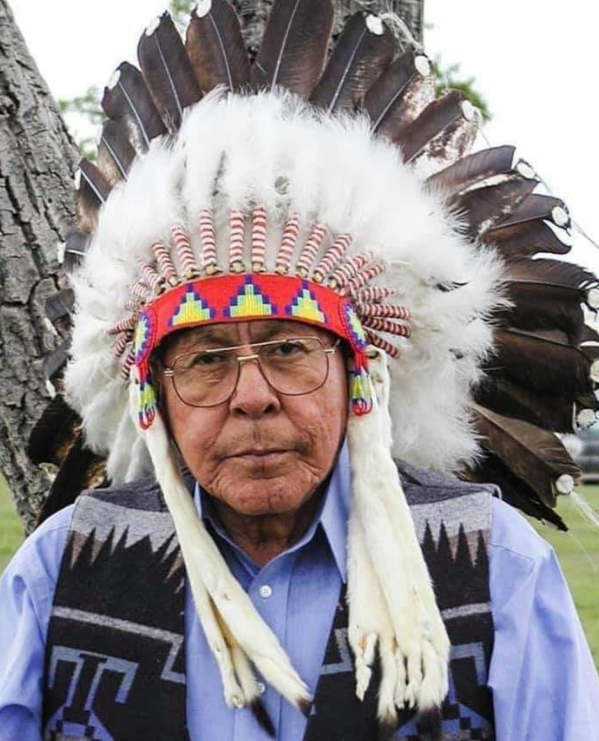 Old Person also rose to national leadership as president of the National Congress of American Indians (NCAI) from 1969 to 1970.

He was an orator and leader for the Blackfeet People, the Blackfoot Confederacy, and Indian People across the United States and Canada.

“The Blackfeet people have suffered a huge loss today with the passing of Chief Old Person. A chapter in our history has come to a close. The Blackfeet Tribe offers prayers and support to the family of Earl at this time,” the Blackfeet Nation news release said.

Chief Old Person was elected to the Blackfeet Tribal Business Council in 1952 and served for over 60 years.  During this time, Chief Old Person met many dignitaries including every United States president since Dwight Eisenhower, the British Royal Family, the Shah of Iran, and other world leaders.

"Chief Old Person was a fierce advocate for the Blackfeet Nation and all of Indian Country for his entire life, and the world is a better place because he was in it. He will never be replaced, and we are holding his loved ones and the Blackfeet people in our hearts," Sen. Jon Tester (D-MT) said.

On Thursday, NCAI posted on its Facebook page the following message:

“NCAI mourns the loss of a former president and honorary lifetime chief of the Blackfeet Nation, Chief Earl Old Person. #IndianCountry is stronger because of his life-long dedication

and tireless advocacy to protect our cultures and life ways, while advancing the priorities of all Tribal Nations.”

Services for Chief Old Person have not been set by press time.