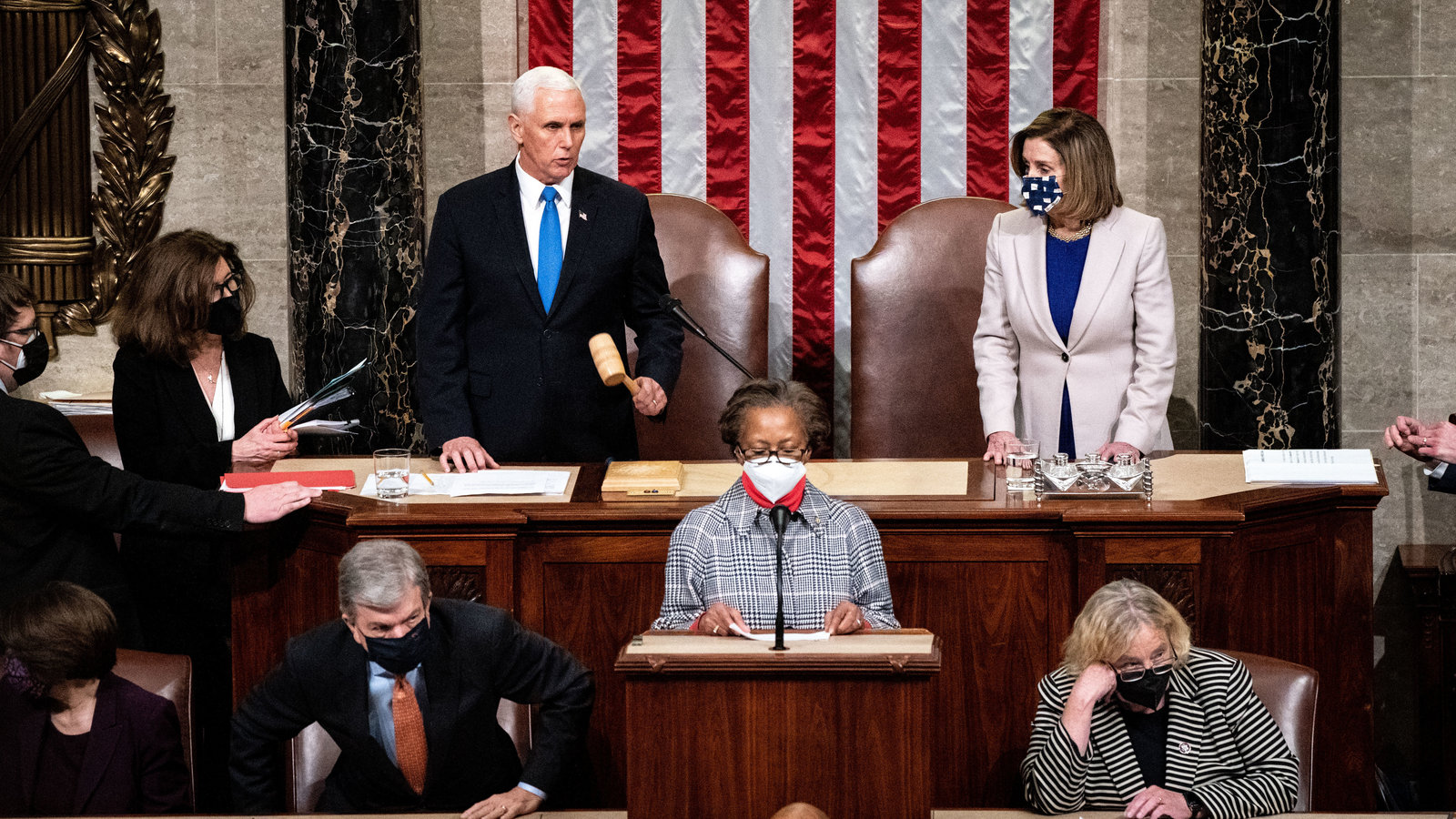 WASHINGTON — The 117th Congress worked overnight on Wednesday to certify the election of President-elect Joseph R. Biden and Vice President-elect Kamala D, Harris. The certification came early Thursday morning after a long day that saw pro-Trump supporters storm the U.S. Capitol in an attempted coup that turned into a riot.

After 15 hours of chaos and congressional procedure, the votes by the state of Vermont put Biden over the 270 vote Electoral College threshold at 3:32 a.m. Ten minutes later, Vice President Mike Pence, standing next to Speaker Nancy Pelosi declared Biden and Harris the victors of the 2020 presidential election.

The certification brings an end to all possible legal options for Donald Trump who spent the time since Nov. 3 spewing false accusations of fraud. Even on Wednesday, Trump falsely claimed he won the presidency in a landslide. Since Election Day, some 60 lawsuits were filed in state and federal courts. All lawsuits were dismissed due to the lack of evidence to the claims.

Shortly after the process began at 1 p.m. on Wednesday afternoon, Trump supporters stormed the U.S. Capitol, some carrying American flags and others with Trump flags, while yelling "USA, USA" and "stop the steal." They broke windows, broke into the Senate and House of Representative chambers. One man was seen inside Speaker Pelosi's office. One woman was shot and taken to a nearby hospital where she was pronounced dead. At least a dozen more  were taken to local D.C. hospitals with injuries.