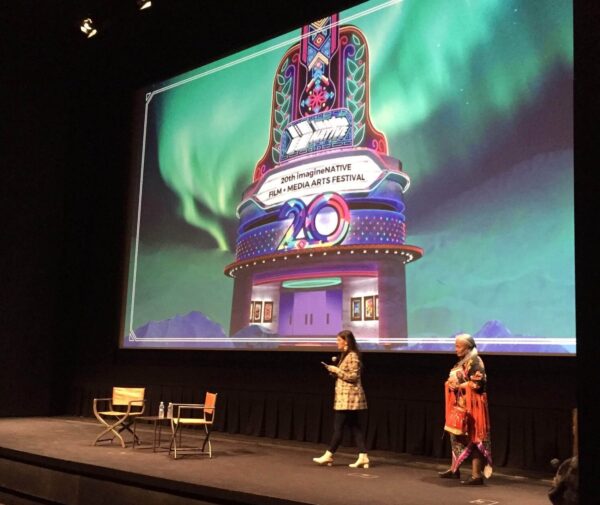 TORONTO — For more than two decades, the imagineNATIVE Film + Media Arts Festival has celebrated Indigenous storytelling in film, video, audio, digital and other forms of interactive art. While it's based in Canada, imagineNATIVE has spotlighted a diverse roster of talent from around the globe, reflecting the dynamism of Indigenous nations in contemporary media.

The event, now in its 21st year, may have moved to a streaming platform, but organizers confirmed it will feature as much Native talent as ever. The six-day digital gathering will spotlight over 100 Indigenous artists while presenting live screenings, featured discussions, interactive engagements, live pitches, performances, virtual exhibitions, and other special events.

“With the community as a priority, the 2020 imagineNATIVE Film + Media Arts Festival will be guided by Indigenous practices of gifting and reciprocity,” said Artistic Director Niki Little in a statement. “To give a gift is an act of acknowledgement. It comes with notions of collective responsibility and opportunities to name relationships between nations.” In addition to artistic and industry offerings, imagineNATIVE will be “gifting from the spirit and for the spirit,” according to a release. Items and goods highlighting Indigenous artists and companies will be handed out during a series of giveaways during the festival. imagineNATIVE Film + Media Arts Festival October 20-25, 2020 - CLICK HERE for screening details