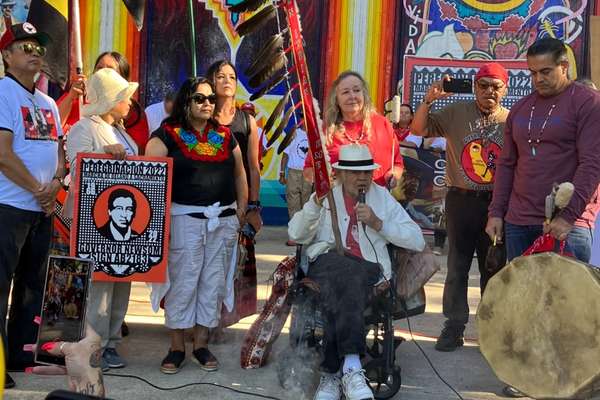 The 335-mile march from Delano to Sacramento began on Aug. 3 and followed the same route UFW co-founder Cezar Chavez led farm workers on during the 1966 march that resulted in the organization’s first union contract.

On Friday, which was California Farm Worker Appreciation Day, thousands gathered in Sacramento to conclude the march with a rally at the state capitol, where longtime AIM spiritual leader Fred Short provided a prayer for the crowd. 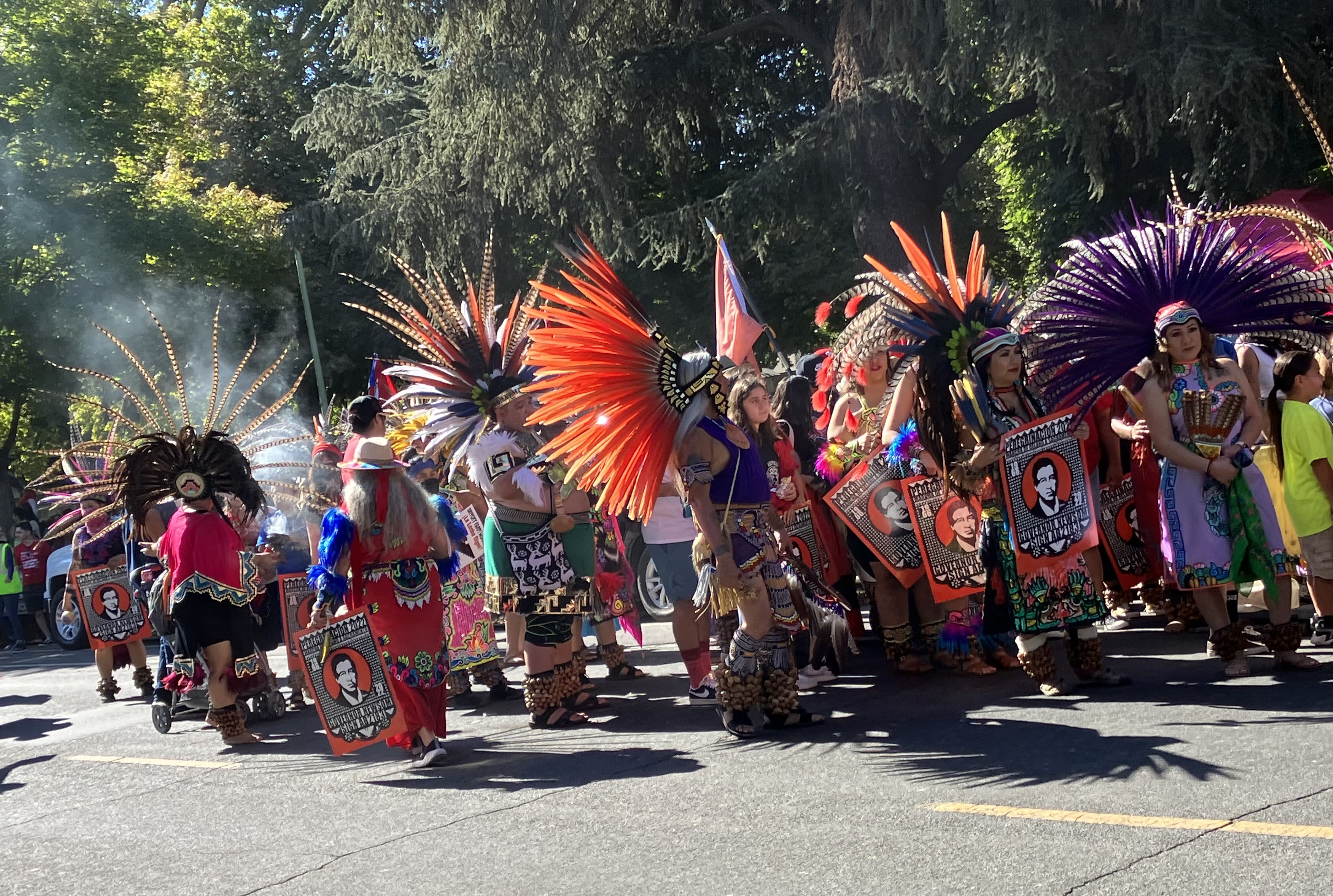 “American People of Turtle Island, WAKE UP,” DeOcampo told Native News Online. “Anybody that eats food should join this walk. Without the Mexicans, Filipinos, Native Americans and black people that work in the fields (all the poor people), there would be no food on tables,”

DeOcampo told Native News Online. “My question to Gavin Newsom is: Who is going to work in these fields? Open up your eyes, open up your heart, open up your spirit because we are all earth people.”

UFW leaders say the legislation is necessary to enable farm workers to vote. Currently, farm workers vote on the premises of their employment, where they sometimes face intimidation when they attempt to cast their ballots. AB 2183 would allow farmworkers to vote by mail.

The legislation is stalled in the California legislature as Newsom and state lawmakers have yet to agree on language in the bill. Reportedly, Newsom was concerned the current language will not ensure the integrity of the mail-in ballots. He vetoed a similar bill last September. Organizers had hoped the 24-day march would convince the governor to sign the legislation this year.

“It is altogether fitting that representatives of California’s First People are helping lead the farm workers’ arduous 24-day, 335-mile ‘March for the Governor’s Signature’ to convince Governor Newsom to sign AB 2183,” Ramos said in a statement. “If signed, the bill would strengthen workers’ ability to vote for a union. I have proudly supported this bill.”

According to correspondence with the governor’s office, Native News Online learned Newsom is working with the legislature to resolve any objectionable issues.

“Our office provided the attached draft language in March to the author’s office, and we’re meeting with the author’s office regularly on language,” Danella Debel, a spokesperson for the governor’s office, said in a statement. “The language we have proposed permits agricultural elections to be done through mail in ballots and addresses issues the previous bill had that resulted in a veto. In this structure, the Agricultural Labor Relations Board (ALRB) would send the ballots to the workers acting as a sort of Secretary of State for the election. We’re hopeful that this time around we can get to a place that achieves our shared goals of increased representation.”

Donate
Free Newsletter
About The Author
Author: Arthur JacobsEmail: This email address is being protected from spambots. You need JavaScript enabled to view it.
Breaking News