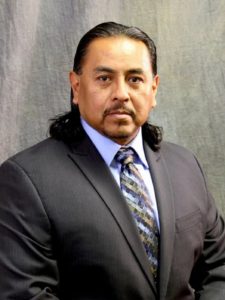 Pinal County, Ariz. — Former Ak-Chin Indian Community Chairman Louis Manuel, Jr. passed away unexpectedly, the tribe announced on Monday.  He was 57 years old, and a cause of death was not announced.

The tribal community lowered flags out of respect for the former chairman of the Arizona-based tribe, which is based near Maricopa. Services and community arrangements are pending, according to a news release posted on Facebook.

“The Ak-Chin Indian Community has lost a great leader in Chairman Louis Manuel, Jr. Words cannot express the pain and suffering the Community is enduring at this time,” Ak-Chin Chairman Robert Miguel said in a statement. “He not only was a great leader, but a great father, husband and friend. He loved his Community and always put his people first.

“Chairman Manuel’s legacy lives on, and the positive imprint he left on this Community is visible all around us in the form of progress and economic opportunity for Ak-Chin members.”

Mr. Manuel served multiple terms on the Tribal Council, including as its Chairman, and helped guide the Community through a period of rapid growth and economic diversification, according to the news release. During his tenure, the Ak Chin community expanded Harrah’s Ak-Chin Hotel and Casino, built the UltraStar Multi-Tainment Center at Ak-Chin Circle and developed other significant projects.

Mr. Manuel was a strong advocate for Indian education, elder services and access to quality social and health services for Tribal members. His voice was respected throughout all Arizona communities, tribal and non-tribal alike. In addition to his time on the Community Council, Mr. Manuel’s public service included stints as 1st Vice President of the Inter-Tribal Association of Arizona and Vice Chairman of the Arizona Indian Gaming Association.