After the Death of George Floyd, We Must Get Back to Better 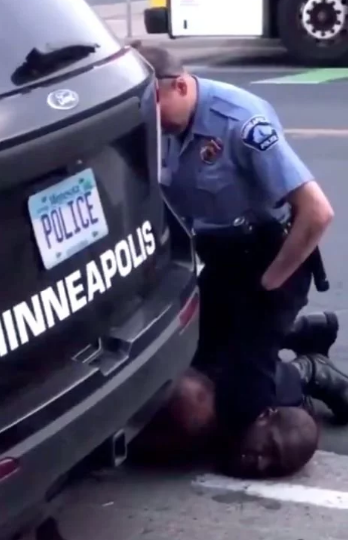 There is always a story behind every photograph.

Yesterday I began seeing a photograph out of Minneapolis that continued to show up many times during the day on my Facebook timeline. Since I was working on other things, I will confess I did not pay close attention at first. When I finally did, I saw a white police officer with his knee on the neck of an African American man. As I focused in on the grimace on the man’s face, I froze.

I began to read the story behind the photograph.

The photograph captures George Floyd, 46, on the pavement as veteran Minneapolis police officer, Derek Chauvin, has his knee firmly pressed on Floyd’s neck, leaving him deprived of air to breathe. News accounts reported that Floyd repeatedly told Chauvin he could not breathe. We learned Floyd was already arrested for forgery because he allegedly attempted to pay for something at a nearby retail shop with a counterfeit $20 bill. He was handcuffed and thrown to the pavement. In all, there were four officers in proximity to Floyd. The other three officers did nothing to stop Chauvin as he pressed the life out of Floyd. He lost consciousness and was pronounced dead at a local Minneapolis hospital.

In essence, Floyd received the death penalty for a petty crime.

This photograph has quickly become indelible in my mind. When I look at it, I find myself comparing it to the photograph of the lynching of Emmett Till, a 14-year-old teen from Chicago who was murdered while visiting Mississippi by an angry Southern mob.

Fast forward 65 years and now you have another enduring image of a white man suffocating an African American victim, this time using a knee instead of a rope.

Today, as I reflected on the Minneapolis Police Department, I remembered Minneapolis was the birthplace of the American Indian Movement in 1968.  Its founders were fed up with the large number of urban American Indians being rounded up each weekend, beaten and then hauled off to jail in paddy wagons.

In research funded by the Center for Indian Country Development at the Federal Reserve Bank of Minneapolis and St. Catherine University entitled, “Police Stops and Searches of Indigenous People in Minneapolis: The Roles of Race, Place, and Gender,” the authors write:

“In the United States, Native Americans have the highest prevalence of fatal encounters with law enforcement of any racial or ethnic group. Yet these encounters are rarely covered in the media – for each fatal police shooting of a Native American there is an average of less than one media story."

According to the Centers for Disease Control and Prevention (CDC), American Indians, on a per capita basis, are more likely to die at the hands of law enforcement than any other racial or ethnic group in the United States. 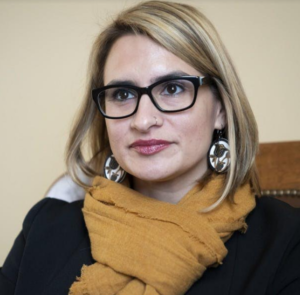 Today, Lt. Governor Peggy Flannagan, who is a dual citizen of the White Earth Nation of Ojibwe, during a COVID-19 update, offered her opinion on the tragic death of Floyd. She said Minnesota is grieving over the tragedy and expressed her outrage.

“One thing is clear to me, the complete lack of humanity in the video of George’s death is horrifying to me. We will get answers and we will seek justice. It goes without saying that no one should be treated differently by law enforcement due to the color of their skin and no one should live in fear of law enforcement because of the color of their skin” Flannagan said.

She talked about the systemic racism that allowed Floyd’s death to happen and shared a dream for a transformation as we move from the pandemic.

“Someday when it is safe, we will all have the option to go back to normal, though we cannot let that happen. Normal—quote, unquote—means that black and brown bodies are not safe. Normal was not working for us. We must not get back to normal, we must get back to better,” she said.